In Defense of: “Glee” 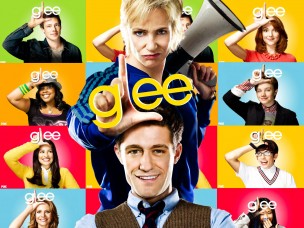 With respect to the massive number of TV shows out there, it is truly difficult for most people to find one that moves them on a level deeper than mere escapist entertainment. Sure, there are many fantastic shows which stir our thoughts and may even inspire us, but for one to consistently push the comfort zones of its viewers and actually influence their perspectives on highly controversial issues are rare achievements that deserve to be celebrated.

That is precisely why I feel the need to advocate for the celebration of one my favorite shows, “Glee.”

Most people I know solely picture “Glee” as an extended version of “High School Musical.” They immediately associate “Glee” with kiddy themes, rampant happiness and, of course, a simplistic plot devoid of intellect. What they fail to understand is that, unlike “High School Musical,” “Glee” is actually about high school, with all its glory and grotesqueness. Not only does it delve into various perspectives on the difficulty of high school life, it does so in a very relatable manner. I dare say it is impossible for any high school student anywhere in the world to watch the show on a regular basis and not identify with any of the themes explored.

Truth be told, for a show called “Glee,” it deals with a tremendous and diverse amount of suffering. A great deal of it is of course dedicated to your standard high school issues across the spectrum such as fear of adulthood, bullying, suicide attempts, identity crises, heartbreak, teen pregnancy, and sexuality, but it is in no way limited to them. Adult issues such as late virginity, fear of loneliness, disenchantment, and struggling to reconnect with the past all make an appearance throughout the series. The truly amazing thing about “Glee,” however, is not that it touches on all these topics, but the way in which it does so, which I can only describe as emotionally educational.

Growing up in a highly conservative country such as Egypt meant that I was homophobic in my preadolescence. I had never met anyone who identified as queer and knew nothing about queer issues save for the stereotypes television perpetuated. While many argue that recurring main character Kurt Hummel does not necessarily help ease gay clichés, there is no doubt that the manner in which the show seamlessly takes you through the ups and downs of his life powerfully humanizes him.

It was watching Kurt get bullied, fall in love, come out to his father, and compete like any other member of the cast for solos in competitions that destroyed my “hatred,” which was really nothing more than ignorance. Similarly, the way in which the show touched on topics some of us never think of has a truly unique power to it.

I could of course go on and on, for “Glee” is a show with too much merit to be compounded in one piece; instead I will say this: watching “Glee” is at once a moving and humbling experience. It is one that makes you thankful for what you have, whether that be a loving family or an understanding of where you’re going in life, and it pushes you to dare to dream beyond it. It is a show about broken people struggling every day to find the “Glee” in their pursuit of happiness and passion.

Even though it is about a show choir team in an American high school, it is filled to the brim with such amazingly human themes that most people can find at least one thing about it that touches them in a way most TV shows only dream of.