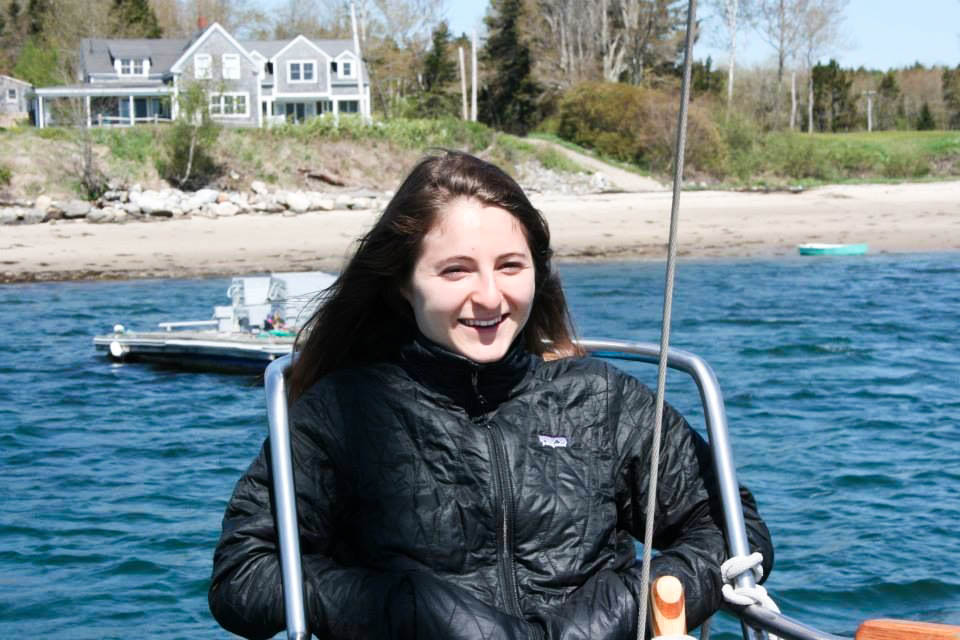 Jess Best ’14 is an unstoppable forces of music at the University. A music major and constant performer, she can be seen in any number of bands at a single time. Her current projects include Sky Bar, a soul band; and King At Bay, an indie folk collaboration with Mel Hsu ’13.

Now that she’s a senior, however, Best’s ambitions are greater than ever. She sat down to talk to The Argus about recording music, the issue of diversity in the Wesleyan music scene, her upcoming thesis performance, and her search for new collaborators in the Class of 2017.

The Argus: Why do you think you’re a WesCeleb?

Jess Best: Why am I a WesCeleb? That’s funny. Initially when I was asked to be a WesCeleb, I asked myself that same question. I think it’s mainly music, just because I will play as much as I can around campus, and so I think that is the biggest contribution I’ve made to Wesleyan.

A: I know you’re in a few bands—I can’t keep track of them because they keep changing their names and adding and subtracting members. The last I heard, you were in King At Bay with Mel Hsu ’13, and you used to be in a band called Blackbird and the Cherry Tree. What draws you to music, and why are you in so many bands?

JB: I can’t say “No.” That’s something I’ve learned about myself. If someone’s approaching music in a way that feels open and real then I can’t say no to them, which is why I’ve been kind of oversubscribed for a while. Also, one of my goals at Wesleyan was to try out every kind of music I could possibly try, and I think that kind of translated into being in a lot of different bands because they all have different sounds.

A: You sing, but what other things do you add to a band?

JB: I play piano, and I write.

A: How long have you been involved in music?

JB: Since I could think, I think. It all started with dance. I was obsessed with dancing when I was little, and that brought me into the arts. Then I started singing, I did a lot of musical theater, and then I started writing. And that, I think, is what brought me to music rather than theater, because I love singing, but I really enjoy writing and singing things that I write, or writing things for other people.

A: How did you get started in the Wesleyan music scene?

JB: Honestly I feel like I have so many people to thank for that, because I came to Wesleyan and it really felt like the people who were here were just interested in creating a collaborative environment and welcoming you with open arms. I put myself out there a little bit, which is scary, and then people were right there for me.

A: Are there any particular instances you can think of when that collaborative attitude really stood out?

JB: I’m in a band [called] Sky Bars also—it’s more like a funk/soul/R&B band—and I would say that the evolution of our band is pretty amazing to me, just because it started out [with] a lot of covers, and then I brought a bunch of my songs in and we were doing those, but then it just opened up. We wanted everyone to be involved in that process, so literally everyone in the band was writing and coming up with ideas and contributing, and I feel like that’s just been a really cool evolution of a band.

A: Are you still together as a band?

A: What are you recording, and what’s that process like?

JB: We’re going to record over Fall Break at my house. I don’t have a recording studio, but Jared Paul [’11] set us up. We haven’t been together this summer, so we still have to figure out what kind of a set we want for the recording, but we’re just going to try to do as many originals [as we can] and just shack up in my house for a few days.

A: What’s the intended output?

JB: To be honest, we haven’t really talked about it, but I assume we want an album.

A: You’ve had previous experience with recording with King At Bay. You guys put out an album at the very end of last year. What was that like?

JB: That was probably the smoothest recording process I’ve ever experienced. Mel and I both had recording experiences that we really learned from. Mark Bennett [’13] and Sam Friedman [’13] are also in the band. Mel and I met up prior to the actual recording process and just nailed down form, nailed down the different parts, and just really had our shit together. And also thanks to Sam and Mark for being troopers and amazing musicians. I think also we had developed our sound enough that we knew what we wanted. And Jared just brought the magic.

A: What’s it going to be like this year, now that you’re the senior and a lot of your past collaborators are not at Wesleyan anymore?

JB: It’s funny, because I met up with King At Bay the day before I came here, and it just kind of hit me that a bunch of my strong musician friends aren’t coming back with me. At first I felt pretty sad about it, but I’m actually really psyched to give back in a way. I’ve had the blessing of being brought into so many projects, so I’m really excited to take on that role.

A: Looking for new collaborators in the Class of 2017?

JB: I would love to meet underclassmen. I feel like it’s pretty hard to meet underclassmen, and it’s funny you say that, because, coming to Wes this year, that was probably my number one goal. Just to at least meet one person who I can collaborate with or just help in any way, who’s into music, because that was so special for me, and to be honest, I don’t really feel like I’ve taken on that role yet.

A: There was a big controversy at the end of last year, where a lot of people were concerned about the lack of leadership or visibility of female musicians and female band leaders, especially in the Wesleyan community. As someone who not only leads bands but works in other people’s bands and writes your own music, playing an instrument as well as singing, what do you think is the best thing Wesleyan can do to support more people like you?

JB: It’s definitely not a non-problem; it exists. I’m a music major, and the ratio is insane. I’m probably one of a handful of girls in every one of my music classes. I just think it’s a really hard issue to tackle because there’s been some effort to create all-female bands who have a mission to tackle that. But then, I think, the point becomes the issue, not the music. For me, as a female musician, I just try to work hard all the time and bring out my strengths through my passion and working really hard.

I think that there are a lot of underlying tensions in the music scene here at Wesleyan, just because I think that a lot of females, first of all, feel intimidated by the fact that it’s male-dominated. I think that Wesleyan needs to provide more spaces for jamming. It’s insane that Wesleyan prides itself on being so filled with music, yet there’s one band rehearsal space, and it’s booked dawn until dusk, all the time. I think that Wesleyan really needs to invest in creating music spaces where people could just happen upon each other and meet people they wouldn’t normally collaborate with so that it makes the entire music scene just more malleable and open and porous.

A: If it were easier to enter the Wesleyan music scene, then would the issues of diversity within it be a lot easier to overcome?

JB: I think if there were creative spaces that were open and accessible, then it would be really different. I have a lot of friends who love to sing but say, “I don’t have any musicians who will play with me.” That seems like a big issue. Even if it were a facilitated space, if students volunteered to facilitate different pairings of people, that would be so cool. [The] Mash is amazing; I think that’s a good step. I understand why there are different bands playing, but I remember last year, it was so cool when the stages weren’t booked because people would just get up and do their thing and it wasn’t planned—it was impromptu and natural. That seemed like it worked really well.

A: Is it returning this year?

A: Will you be having impromptu performances as well?

JB: I hope so! I can’t say because hopefully it will be unplanned.

A: As a senior, what else are you doing in your last year here? Are you doing any theses or overall projects or anything to wrap up your time here?

A: Do you have a plan for how you’re going to organize it?

JB: Yeah…I mean, no. I am learning a lot about myself. It’s interesting, because a big part of the process has been figuring out my approach to the process, and at first I was thinking about how I wanted a theme, it needed to be cohesive, I needed to think of what kind of sound I wanted. And then I realized that I just need to start writing, and thinking about things I have never done before but I have always wanted to do, and then whatever thematic ideas or cohesion will come from that, because that’s just how I always work. I’m not the kind of person that can be like, “I’m writing a song now,” and then write a song that I really like. A lot of times, it’s that same flow where it’ll come out and then I think about it. I think that a lot of times, your first idea is the best idea.

A: If your final performance is at the end of this semester, what’s after that?

JB: Well, I am not positive, but I’m thinking of graduating this semester but then maybe living in Middletown. I would love to keep recording with different bands, but King At Bay is definitely going to pick up after my recital. We definitely want to do a show at Wesleyan soon, and we are trying to spend this time of not performing just building up our set and writing a lot more material and kind of developing our sound a little more. I would love to get into maybe music production a little more. I brought a little home studio setup to my senior house, and I am excited to dive into that. And just play as much as possible. I think, more than ever, I’m realizing what an amazing musical community we have here, and it’s just so rich. I want to take advantage of that.