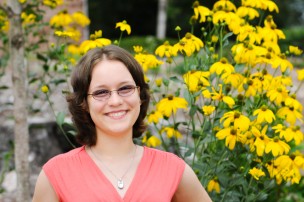 Recycle this Argus; there’s a new Sustainability Coordinator in town. Jen Kleindienst has filled the brand-new position, which is located within the equally new Office of Sustainability. Having studied public policy at Hamilton College and environmental studies as a graduate student at Antioch University New England, Kleindienst is eager to seize the reigns of Wesleyan’s new sustainability office and usher in a new, green era on campus.

Earth House hosted a potluck on Sept. 5 for students to welcome Kleindienst to the University. Last year, Marjorie Dodson ’13, who organized the potluck, and Wesleyan Student Assembly President Zachary Malter ’13 drafted a proposal for the position of Sustainability Coordinator, emphasizing that it would increase efficiency, help connect students interested in sustainability, and increase continuity for long-term sustainability projects.

“People are only here for four years,” Dodson said, discussing the issue of continuity. “Clubs come and go all the time, because the kid who started a club in his junior year will graduate. It’ll fizzle out—not because of lack of interest, but because memory is lost. The idea of this position is to have an office with records and an institutionalized memory that a lot of environmental groups lack or lose with time.”

In 2007, Wesleyan formed a Sustainability Advisory Group (SAGES), composed of both faculty and students. Since then, SAGES has developed a Campus Climate Action Plan which details how Wesleyan will meet specified greenhouse gas reductions and reach carbon neutrality by 2050.

Kleindienst emphasized that the Sustainability Office will not replace SAGES, but rather will work with the group to improve Wesleyan’s sustainability.

“I’ve gone through the Climate Action Plan and can see a lot of areas where we’re doing really well, and other areas where we need improvement,” she said.

In terms of its goals for energy efficiency, she explained that Wesleyan is doing very well. The University is in its fifth phase of proposed energy efficiency improvement, which includes using sensors for light switches, LED lights on campus sidewalks, and a power plant that generates energy from waste.

In fact, Kleindienst believes that Wesleyan is ahead of its peer schools in energy efficiency and sustainable agriculture, as evidenced by the popularity and sheer number of environmental groups such as SAGES, WesFRESH, and Long Lane Farm. She does, however, also see room for improvement in sustainability education.

“Because there isn’t a [core curriculum], there isn’t really the opportunity to have some sort of sustainability course requirement,” Kleindienst said. “I’d love to see all students graduate with some sort of knowledge of what sustainability is, why it’s important—both to the world as a whole and in their personal lives—and specific things that they can do to change.”

Kleindienst expressed interest in the EcoReps program, which has chapters at Tufts, Brown, and the University of Vermont, among others. EcoReps is a peer-to-peer education program in which student representatives receive training from a sustainability office and in turn educate their fellow students. Kleindienst is also interested in Wesleyan becoming a member of the Association for the Advancement of Sustainability in Higher Education (AASHE) and using its Sustainability Tracking and Rating System (STARS). The STARS program would allow the campus to examine its efficiency in all areas of sustainability.

“This wouldn’t just be looking at whether we’re saving water or energy, but looking at the human aspect of it as well,” Kleindienst said. “Are we paying workers fair wages? Are there good benefits for employees? Are students living comfortably? That sort of thing.”

Kleindienst is eager to work with sustainability-focused student groups to see if she can be of assistance in helping them meet their goals.

“I’ve been working with [Long Lane Farm] on trying to create stronger ties between the students at the farm and the Wesleyan administration,” she said. “A lot of times it seems like the main problem is not necessarily that students are having trouble doing what they’re doing, but that there are communication issues where students have trouble meeting with different people or aren’t sure who to contact about a certain issue. Because I work for the University, I often have that knowledge.”

Students seem to be extremely receptive to Kleindienst’s position and ability to bridge the gaps between activist groups and the administration.

“If you’re a freshman or sophomore and want to start an environmental club, maybe you don’t know all the ins and outs, or maybe you don’t know who to talk to in Physical Plant or the administration,” Dodson said. “Having someone positioned in North College who is also in constant communication with the students and is able to act as a liaison is really important.”

“This new role really demonstrates the University’s commitment to sustainable initiatives, and will help students to institutionalize innovative projects on campus,” Oliphant said. “Also, I think Jen will really help to relieve pressure from other staff members and departments who have picked up the slack on sustainability out of their own personal commitment to environmental stewardship.”

Kleindienst is hopeful that she will be able to spread the spirit of sustainability by continuing programs such as Waste Not, Recycle-Mania, and Do It In the Dark. Furthermore, in order to motivate incoming students to maintain sustainable lifestyles, the Sustainability Office distributed postcards during New Student Orientation. The cards inform students about recycling options, Wesleyan’s stance on bottled water, discounts at campus eateries for using reusable containers, and the Eco-to-Go program at Summerfields and Usdan Cafe.

“A lot of sustainability things are pretty simple, and there are others that are a little more challenging, but every little bit certainly helps,” Kleindienst said. “I’d love to see more of a culture of sustainability on campus, where it’s not just ‘the green thing to do,’ but it’s what’s done.”