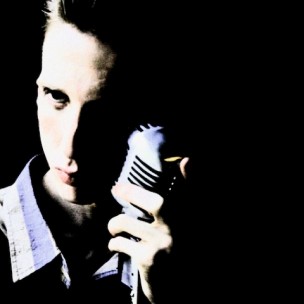 Bradford Cox never stops being awesome. When he needs some downtime from being awesome as the front man for Deerhunter, he takes a break by being awesome with his solo project, Atlas Sound. Personally, I am firm in my belief that the man shits rainbows. And now that I’ve established myself as a credible and thoroughly unbiased critic, believe me when I say that “Parallax,” the new Atlas Sound album, is totally, utterly, and completely awesome.

My claims are not unsubstantiated. In the past seven years, Cox has worked on a combined total of seven critically acclaimed Deerhunter and Atlas Sound albums. He’s the sort of rock star that the world needs more of—devoted, consistent, sincere, and remarkably talented. As music fans, we lay our hearts on the line, only to have our idols stomp on them repeatedly. (If you need evidence of this, look no further than the Jack White/Insane Clown Posse collaboration on a cover of a Mozart canon whose title translates to “Lick My Ass.” Yeah, that happened.) But Bradford Cox is becoming one of those golden artists who never writes a sour riff or a cringe-y lyric. Instead, he’s just getting better and better.

“Parallax” is Cox’s most accessible album yet. Now, for the indie rock elite the word “accessible” can often signal an orgy of shudders and scoffs, but not here. Cox doesn’t dumb down, he opens up. Opener “The Shakes” is light, catchy, and perfectly poppy, but Cox’s songwriting is as solid as ever, minus his characteristic layer of distortion.  “Te Amo” is an echo of the old Atlas Sound, wrapped in a blanket of haze and sounding like Animal Collective at their most listener-friendly. But closer “Lightworks” is the gem here. It’s sweet, optimistic, and triumphant—everything the last track of one of the year’s best albums should be. It belongs at the end of your favorite film, just before the credits role. “Lightworks” is the Bender’s fist pump of closers.

I’ve spent this review working towards one controversial statement: that Bradford Cox may in fact be God. His musical output seems nothing short of miraculous, and his songs imbue me with that warm and fuzzy kumbaya feeling that my icy heart usually only finds through laughing at reality TV contestants.  Yes, I’m certain of it now—Bradford Cox is God and his songs are the gospel. Now hurry up–worship him as the messiah before he starts smiting.