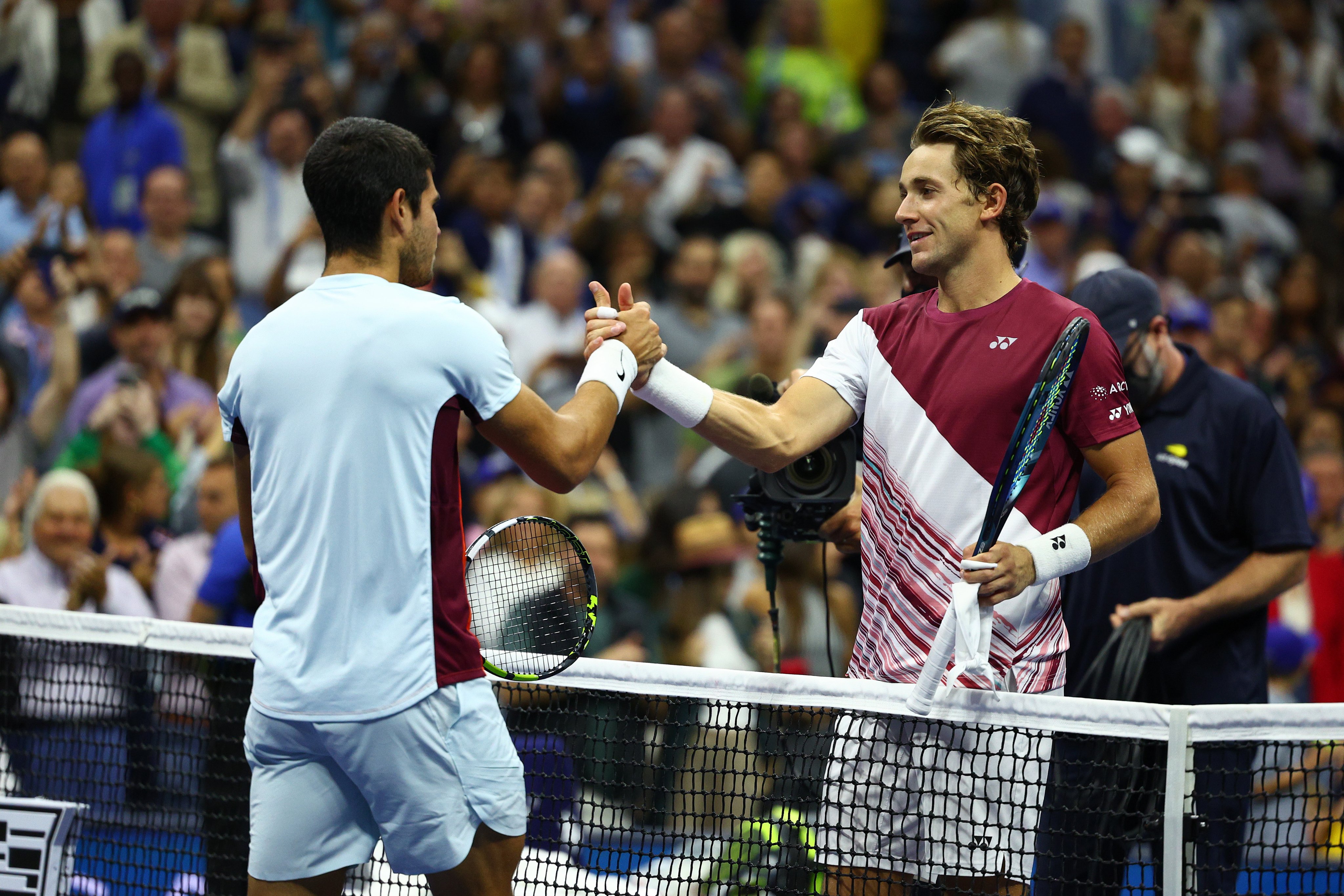 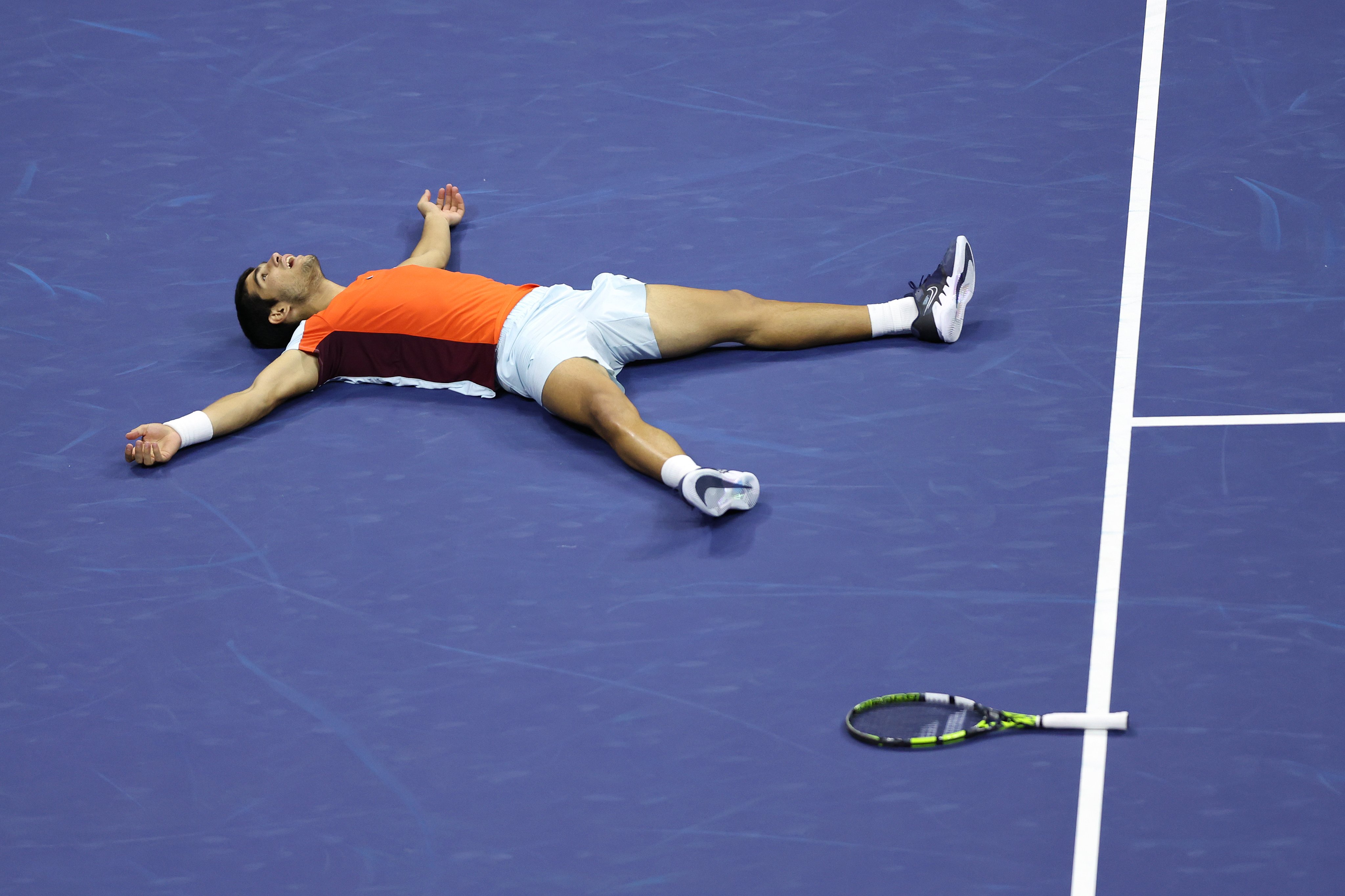 Nineteen-year-old Spaniard Carlos Alcaraz made worldwide headlines with his 6–4, 2–6, 7–6(1), 6–3 win in the final of the 2022 US Open on Sunday, Sept. 11, making him the youngest major champion since Rafael Nadal in 2005. Alcaraz’s win came after three hours and 20 minutes of gameplay, rounding off the four Grand Slams of the year and marking the end of an epic season of majors.

The first major of 2022 saw the Association of Tennis Professionals (ATP) and Women’s Tennis Association (WTA) tours arrive in Melbourne, Australia for the Australian Open, held from Monday, Jan. 17 to Sunday, Jan. 30. Though Novak Djokovic was the center of attention ahead of the opening days of the tournament after announcing that he was unvaccinated for COVID-19, eventually leading to the revocation of his visa, the Australian Open proved to be pivotal for his rival, Nadal. The Spanish player made history when he won the tournament, earning his 21st Grand Slam title. With this win, he broke the previous record of 20 major titles that he had shared with Djokovic and Roger Federer.

On the women’s side, Australian player Ashleigh Barty also had a historic run at the tournament as she became the first Australian player to win the title since 1978. Barty defeated Danielle Collins in straight sets in the final, continuing her tournament-long trend of winning the title without dropping a single set. Shortly after the high of the Australian’s third Grand Slam title, however, news broke in March that Barty would retire from professional tennis. This announcement blew the WTA tour wide open, leaving space for Iga Swiatek to quickly dominate it over the remainder of the season.

The next major of the year came with the French Open, held from Sunday, May 22 to Sunday, June 5 in Paris, France. The tournament has served as a stomping ground for Nadal since his first title in 2005, and even though the 2021 French Open was won by Djokovic, Nadal brought back his reign in Paris this year. In a straight sets win over Norwegian Casper Ruud, who was playing in his first ever Grand Slam final, Nadal earned his record-extending 22nd Grand Slam title and his 14th title at the French Open, defeating Djokovic on the way to the title in the quarter-finals. The win meant that Nadal extended his gains over Djokovic and Federer in the Big Three’s race for most Grand Slam titles, and also further cemented his status as the greatest clay court player of all time. It also sparked hopes that Nadal might be able to contend for a Calendar Slam by winning all four majors in the same calendar year.

Starting with the Qatar Open in February, Swiatek began a seemingly undefeatable streak of wins that she carried into the French Open and continued through the tournament. After making it to the final, dropping just one set on the way, Swiatek won the women’s singles title, earning both her second French Open title and second Grand Slam title after defeating Coco Gauff in a straight sets final win. The win not only helped set Swiatek even further apart from the rest of the WTA tour, but also extended her winning streak to an incredible 35 matches.

The Grand Slam spotlight then shifted to London as the 2022 Wimbledon Championships took place from Monday, June 27 to Sunday, July 10. Even before the start of play, the tournament drew controversy for banning Russian and Belarusian players, which led the WTA, ATP, and International Tennis Federation (ITF) to withdraw ranking points from the tournament. Though Nadal was making good progress at Wimbledon, he withdrew from the tournament before his semi-final match against Nick Kyrgios due to a torn abdominal muscle, bringing an end to fans’ hopes of seeing a Calendar Slam happen. Kyrgios was then sent through to the final against Djokovic, where the Australian managed to take the first set but was soon shown defending champion Djokovic’s skill. Djokovic sealed the win in four sets, earning his seventh Wimbledon title and 21st major title, bringing him one step closer to Nadal’s record.

Among the women’s singles players, Swiatek came into the tournament on a hot streak that was finally brought to an end by a third-round defeat to Alize Cornet. The loss ended her winning streak of 37 matches—the longest winning streak of the 21st century—but Swiatek would come back at the final Grand Slam of the year in New York. Before the US Open, though, Elena Rybakina became the women’s champion and earned her maiden major singles title after defeating Ons Jabeur in three sets, coming back from a set down to fight back and take the match. The win made Rybakina the first Kazakhstani to win a Grand Slam, while Jabeur’s performance in her first major final demonstrated why she reached a career-high ranking of world No. 2 this season.

While Djokovic was supreme at Wimbledon, his unvaccinated status would soon hold him back again when the 2022 US Open came around from Monday, Aug. 29 to Sunday, Sept. 11. The federal COVID-19 vaccination requirement for non-US citizens and Djokovic’s continued refusal to get vaccinated ultimately prevented him from participating in the tournament, leaving Nadal and Daniil Medvedev as favorites for the title. However, Medvedev was taken out in the fourth round by Kyrgios while Nadal was sent home after his fourth-round match against American Frances Tiafoe, leaving younger players to fight for the title.

The final pitted Alcaraz against Ruud, with both players vying for their first major title. Alcaraz looked strong from the very first game, and though Ruud fought back in the second set, Alcaraz eventually won out to earn his Grand Slam win. The victory pushed him to the world No. 1 ranking, making him the youngest player in the Open Era to earn the coveted top ranking among men’s singles players. Despite losing, Ruud earned a career-high ranking of world No. 2 after playing in his second major final, demonstrating that the next generation of male players is finally ready to contend with the continued strength of the Big Three.

In women’s singles, the first week of the US Open was focused on Serena Williams, who was likely playing her final professional tennis tournament. The tennis legend fought hard through her first two matches, advancing to her third round match against Ajla Tomljanovic, where she delivered a fight until the very last point. Though Williams managed to fight off five match points, she was finally eliminated in three sets by Tomljanovic, bringing a bittersweet end to an incredible career.

As the tournament continued into its second week, Swiatek continued to remain strong, making it through to the final against Jabeur. The Polish player earned her third major title by defeating Jabeur in straight sets, further solidifying her world No. 1 ranking and distinguishing her from the rest of the active women’s singles players.

Though the whirlwind of tennis majors has come to a halt until excitement for the 2023 Australian Open begins to take hold, this season has had no shortage of thrilling Grand Slam fights. While Nadal and Djokovic showed that they are still more than capable of fighting at the top of the ATP tour, the emergence of young champions in both the men’s and women’s professional tours this year has made theorizing about the next few years of tennis even more exciting.
Jem Shin can be reached at jshin01@wesleyan.edu.