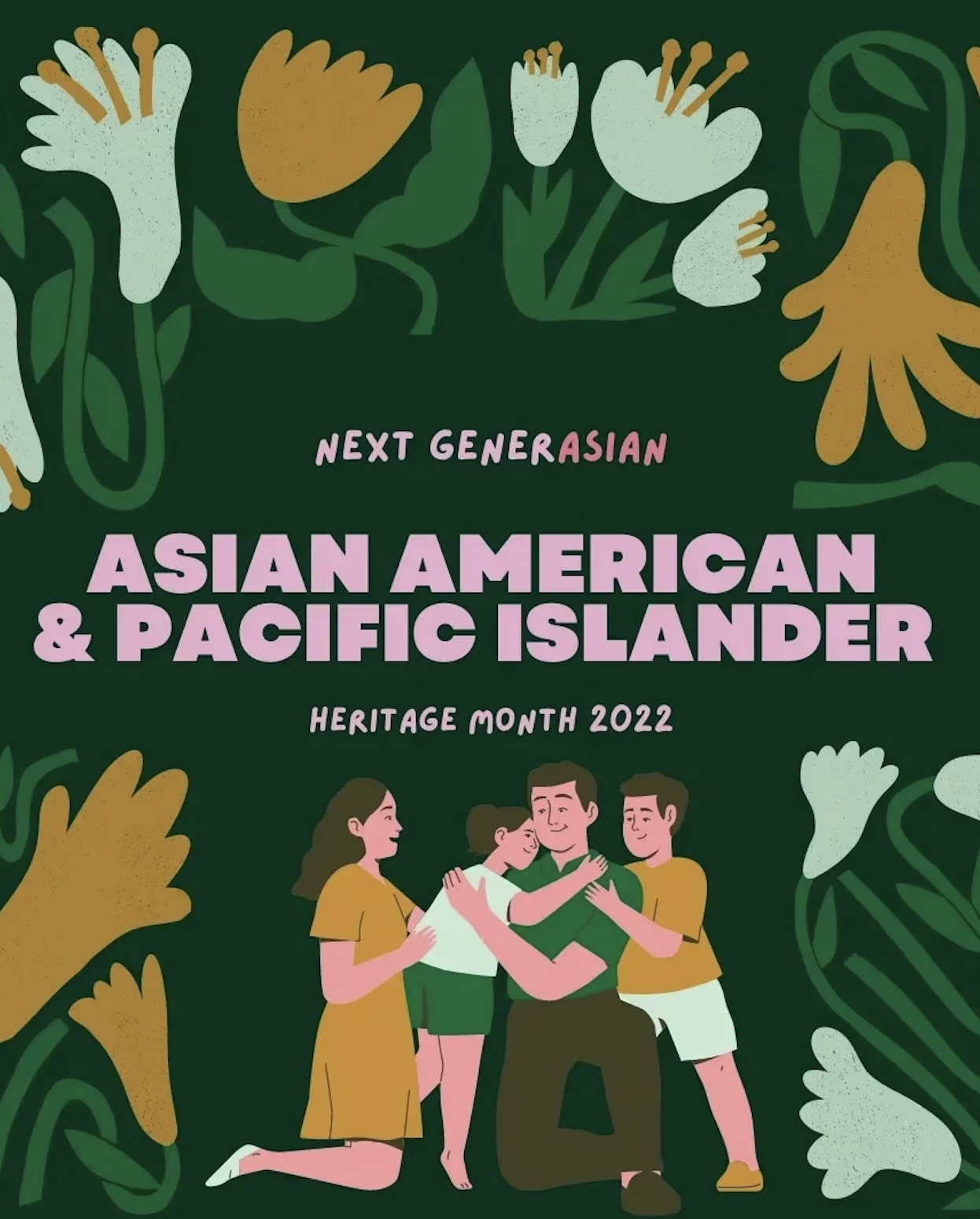 The University’s celebration of Asian American & Pacific Islander (AAPI) Heritage Month kicked off on Friday, April 1, ushering in a series of events that will be held throughout the month. The Asian American Student Collective (AASC), in collaboration with Pinoy (the Filipino Student Association), the Chinese Cultural Club, Shakti (the University’s South Asian Student Association), the Korean Student Association (KSA), the Freeman Asian Scholars Association (FASA), and the Resource Center (RC), worked to plan the events, many of which addressed this year’s theme of “Next GenerAsian.” The programming includes a mix of Zoom and in-person events, some of which are open to the wider University community while others are specifically for the Asian and Asian American community.

This year’s theme of “Next GenerAsian” seeks to create institutional memory within AASC and other identity groups on campus. “Next GenerAsian” was chosen by representatives of these groups to address the need to maintain communities over time.

“I’m sure many AAPI on campus have their own interpretations according to their own experiences; however, personally, for me, I would like to put it as we are distinctively the Next GenerAsian rising to take on or not carry on the traditions from our cultures,” External Vice President of the KSA and member of the AASC Gloria Kang ’22 wrote in an email to The Argus. “Our experiences are special. I don’t want to think that the burden is on this next generation because it isn’t easy to live as an AAPI in our society today. More so, I believe, when we’re ready, it is our chance to really stand up and take initiative to continue the works that many AAPI have been working on and further continue to show representation and solidarity amongst the AAPI community. Just on our campus, I look around and I see the potential of my AAPI peers who are passionate and work to the best of their abilities. I really respect that and it gets me excited for the future.”

There will be a wide range of events hosted throughout the month, including performances, guest speakers, social events, career panels, and community-building events. While AAPI Month is in May, the student organizers chose to hold these events in April to ensure that more students can attend the events, as the academic year will end in mid-May. For AASC Co-Chair Chaiyeon Lee ’22, the month of celebration is important for building community within a predominantly white institution (PWI).

“We wanted to be able to get a full month, so that’s why at Wesleyan, the Asian American Identity Month is in April,” Lee said. “Mostly it’s just to come together and celebrate our shared identity, and also in terms of specifically to Wesleyan, [it’s about] creating a community within a PWI and having that space.”

“It is important to recognize our history, appreciate our culture, and listen to the voices of AAPI,” Kang wrote. “For many of us, this dedicated month may serve as a reminder of our identity, a time for reflection, a space for celebration, an opportunity to learn, or a time of healing. For each and every one of us, we digest this time in different ways, and I want to respect that. I really want to take this opportunity to vocalize our AAPI voices. Personally, I wish our Wesleyan community can take the time to listen, be supportive, and actively advocate for the Next GenerAsian.”

For Pinoy Leader Aldrean Alogon ’23, AAPI Month is a chance for students to meet peers with cultural backgrounds similar to theirs.

“I find these kinds of events [during] AAPI month [an] amazing way to help students get rooted to what they are and not get lost with the overwhelming cultural differences, and to be able to meet people who identify the same,” Alogon said. “I really appreciate that Wesleyan is supporting these kinds of events.”

While affinity groups besides AASC have been involved in the programming of previous AAPI Months, many have taken a more active role this year. There are several events hosted solely by these groups throughout the month, including a Zoom Q&A with Dr. Vandana Shiva hosted by Shakti and the RC on Tuesday, April 5 at 12:15 p.m.; a Pinoy dinner on Saturday, April 9 at 5:30 p.m. in Allbritton 311; a Samsara Show hosted by Shakti on Saturday, April 16 at 8 p.m. in the Patricelli ’92 Theater; and a KSA Cultural Event on Saturday, April 23 at 12 p.m. in the Mansfield Freeman Center for East Asian Studies. For Alogon, this holistic approach to programming is important in cultivating an open community, especially for international students.

Pinoy will be hosting several events this month. In addition to helping plan the dinner event, where there will be food and videos to help University students learn about Filipino culture, Alogon and Pinoy leader Annika Velez ’22 are looking forward to forming a Filipino band to perform at the open mic on Friday, April 29 at 12 p.m. outside of 200 Church St. In addition, Alogon is excited to introduce Filipino food and dance, particularly Tinikling, to other students.

“We need the student body here to be introduced to actual cultural stuff that people from that culture present and that widens people’s perspective,” Alogon said. “That strengthens our bond and  makes people more intelligent. Being aware about [different cultures] makes a person much more self-aware and open-minded.”

To Lee, who is also the Internal Vice President of KSA, the collaboration between groups helps to bolster the effectiveness of events and alleviate pressure for AASC.

In addition to student identity groups, the RC has also been involved in planning the events.

“This year, we have been able to collaborate with the Race, Ethnicity, Nationality Intern and [Director of the Resource Center] Demetrius [Colvin] at the Resource Center to form a cohesive AAPI Heritage Month Planning Committee with several AAPI student group leaders at Wesleyan,” Kang wrote. “The planning committee works hard to bring different AAPI groups to one table to plan, organize, and discuss ways to immerse in our cultures, show representation, and have our voices heard. The Resource Center has provided many resources as a support system throughout this period. I personally find this time exciting because we are able to interact and collaborate with different AAPI student groups across campus.”

One of the most prominent events of AAPI Month is Convocation, an introductory event that hosts student, faculty, and alumni speakers to speak on the theme of “Next GenerAsian.” Convocation, held on Friday, April 1, was the first event hosted during the month. The event is intended to be an exciting, social event for the Asian and Asian American community to get together and learn about the theme in an engaging way.

“[Convocation] sets the tone for the entire year,” Lee said. “This year we’re doing something a little bit different where we’re also having alumni speak, so alumni, professors, and students are going to speak at the event. It’s nice because we’ll be doing it in person, and we haven’t been doing in person since like two years ago.”

“Everyone obviously has their own talks and their own speeches and they have their own perspectives and whatnot, but there’s a lot of connection between the student speakers especially,” Jackson said. “I thought [this] was really cool because it’s not like they collaborate and discuss what they’re gonna talk about, but they highlighted very similar feelings. As an audience member, it was cool to make that connection, but also relate to it myself. I think it emphasized that there are a lot of similar ideas and themes that we come across as a community that we don’t always recognize.”

In addition, AASC will facilitate a social media event called “Taste of Asia.” Modeled after a similar initiative implemented during a previous AAPI Month and sponsored by the Fries Center for Global Studies, the giveaway asks participants to post a photo of a Asian dish and/or recipe tagging the AASC account on their Instagram story for a chance to win a $50 gift card. The giveaway began on Saturday, April 2 and will run until Thursday, April 28, with the winner to be announced on Saturday, April 30.

“What I like about [the giveaway] is that it’s for the entire month, so if you can’t make any events, you can still do things from your own home,” Jackson said.

In partnership with the Film Series, AASC is also hosting two screenings in the Goldsmith Family Cinema. The first screening, “Better Luck Tomorrow,” is organized by AASC and will be held on Friday, April 8 at 4:30 p.m. The second screening, “The Wedding Banquet,” will be held on Thursday, April 28 at 8 p.m.

The programming will wrap up on Friday, April 29 with a Pan Asian Market. Open to the entire University community, the Market will provide every student identity group with a table to do what they want, whether it be sharing food, selling items, or offering ways to get involved with the group.

“I think it’s a good opportunity for other clubs if they don’t have a lot of time or don’t have the resources to host a full event, to still participate and have their own little moment in the month,” Jackson said.

During the Market, there will also be an open mic for students to perform in front of their peers and the other attendees.

“It’s another good opportunity for freedom of the community to express themselves however they want throughout the month,” Jackson said. “Again, not making sure it’s not just clubs being like, ‘This is what we’re going to do, this is how we’re going to celebrate and you better like it,’ but rather, ‘Okay we’re just going to set up a stage, we’re going to give you the resources you need, and that you can do whatever you want.’”

For Alogon, the performance element of the open mic is extremely significant.

“When I first came here to Wes, I was so scared because I was an international student and I barely spoke English, but people from the Asian community and the domestic community have been very helpful in making me feel more comfortable,” Alogon said. “So I’m trying to build up a band built for Filipinos, and I’m hoping to reach out to the younger Filipinos just so they get the avenue to present and perform and show their talents to Wesleyan…. I think it’s a great avenue for not just Filipinos, but also young people who may still be uncomfortable or scared here to showcase their talents.”

“Personally, I would like to let the entire Wesleyan community know that just because this month is designated as AAPI Heritage Month doesn’t mean this is the only month to participate, celebrate, learn, educate, and socialize,” Kang wrote. “We are dedicating this month to doing all of this; however, I would like to tell our AAPI community that there are so many ways to be involved in our community whether that consists of committing daily, weekly, monthly, or whatever you’re looking for. Just because April ends doesn’t mean our generAsian will stop!”

Oscar Bauman is an Arts & Culture Editor for The Wesleyan Argus.