Anyone who has been paying attention to the Wesleyan women’s tennis team will have easily anticipated the fantastic run the team has had this season. In addition to their No. 5 national ranking, the team’s pre-season successes also indicated a great deal about what the year had in store. 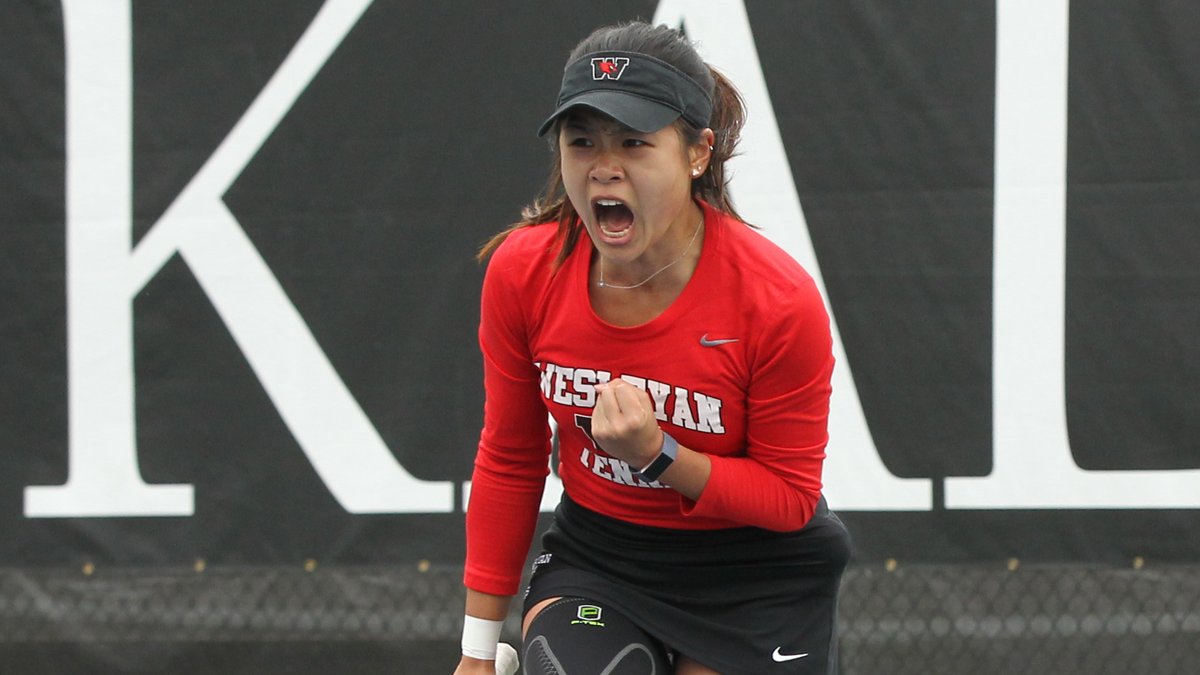 Back in September at the MIT Invitational tournament, a pair of Wesleyan doubles teams (Serim Jin ’23 and Sasha Gaeth ’23, Renna Mohsen-Breen ’25 and Katie Fleischman ’23) made it to the semifinals. Caitlyn Ferrante ’24 was top performer that weekend as she claimed her second consecutive MIT Invitational singles title after winning the same event as a rookie back in the 2019–20 season. Then, in October, the Wesleyan women’s tennis team traveled to Brunswick, Maine and shone in the three-day ITA New England Regional tournament. Gaeth and Kristina Yu ’22 excelled in doubles, making a run into the finals. Meanwhile, Mohsen-Breen enjoyed five wins in a row to take home the title in singles B.

At the NEWITT Tournament, the team had a phenomenal weekend, advancing through the field of both the A and B draw of the NEWITT Doubles Tournament to field all-Cardinal finals matchups in both flights. The Red and Black chose to not play the matches and were instead named co-champions. Finally, at the ITA Cup in Rome, Georgia, Gaeth and Yu did what the Romans did: They conquered the competition. The pair continued to shine in their first season as doubles partners, rolling to the semifinal round and earning All-American honors.

Since then, the team has continued to excel. As the DJ Khaled song goes, all they have done is “win, win, win, no matter what.” The Cardinals, who are the defending national runner-ups, spent spring break way down south in Florida and started the trip with a 8–1 victory over Christopher Newport University. This victory was followed by a shutout of Rensselaer Polytechnic Institute. Then, after defeating Carnegie Mellon 5–2, the Cardinals went on to score 9–0 victories over both Haverford College and Kenyon College. Thankfully for Providence College, the planned concluding game of the spring break trip was canceled. 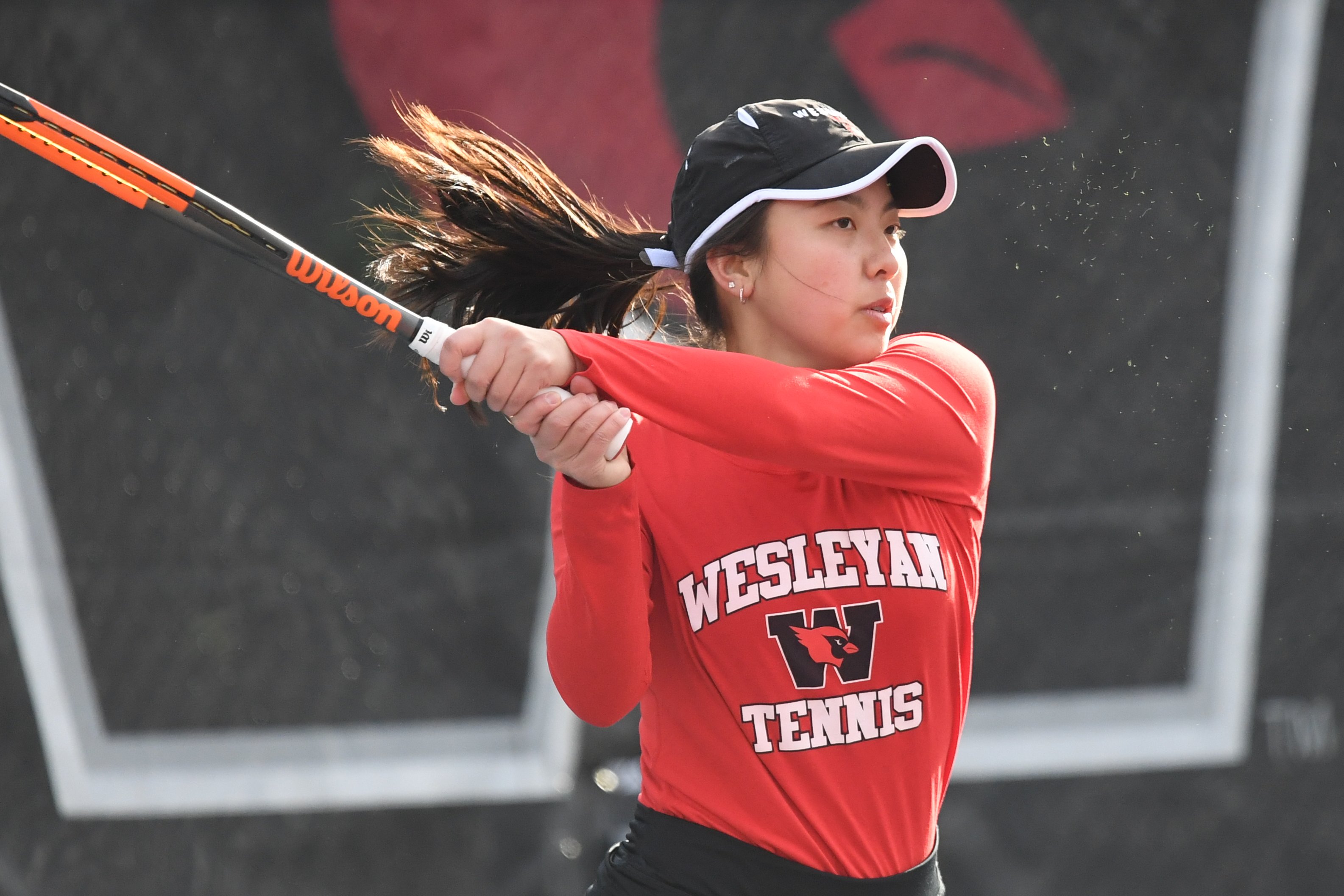 After returning from spring break, the women’s tennis team unleashed its frustration of having to leave the Florida sunshine for Middletown’s overcast weather onto Trinity College, defeating Trinity 9–0 at home. Then, after a week of preparation for an on-the-road NESCAC weekend, the Cardinals took down Hamilton 5-0 in their seventh straight win since the start of the season. Finally, the team earned a hard-fought 5-4 victory over top 10 nationally-ranked Amherst College on Sunday, March 27.

“By far my favorite part of the season is being a part of a team that shares laughs, victories, and unity.” Assistant Coach Stephanie Yanosov said. “Our team is a family and I believe that is the biggest piece to the bigger picture. To watch them cheer for another, to watch them motivate one another, it’s the little things that make the biggest impact.”

Yanosov added that the team’s advantage over others comes from the hard work they have put in as a team.

“We had our first home match last week and competed with 100% effort from start to finish,” Yanosov said. “I believe that getting a head start in mental toughness, cohesion, and preparation as a team is beneficial to achieve our goals.”

For now, the team is trying to take the season one day at a time, even as their excitement about future matches grows. 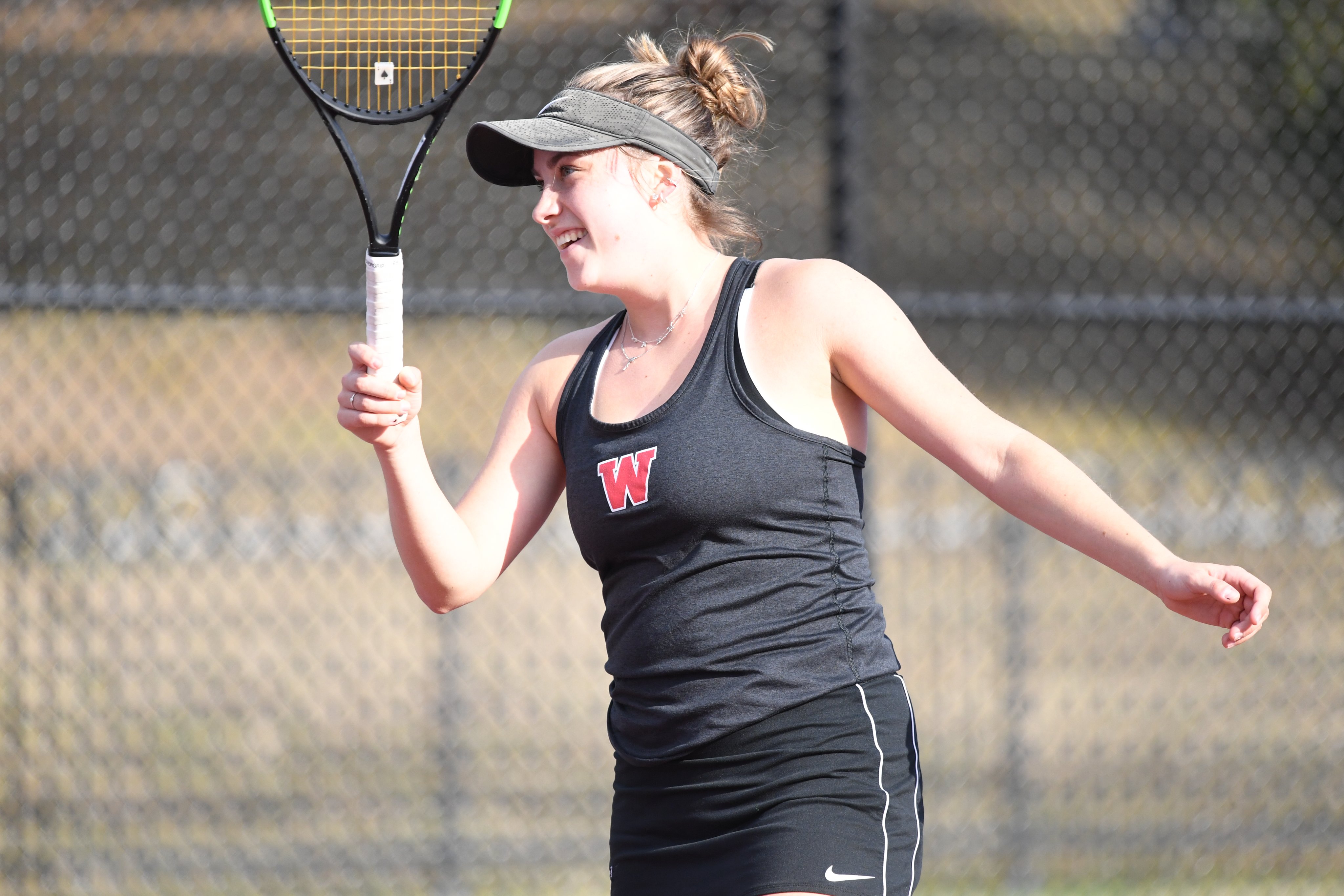 “I’m not one to look into the future but I look forward to being in the present and watching the women’s tennis team grow together, compete together, and enjoy the sport together,” Yanosov said.

If past achievements are indeed the best predictor for future success, then one can only imagine what the Wesleyan women’s tennis team will achieve in the coming weeks. These Cardinals are flying high!