Humiliation on Ice: A Dark End to a Sinister Winter Games 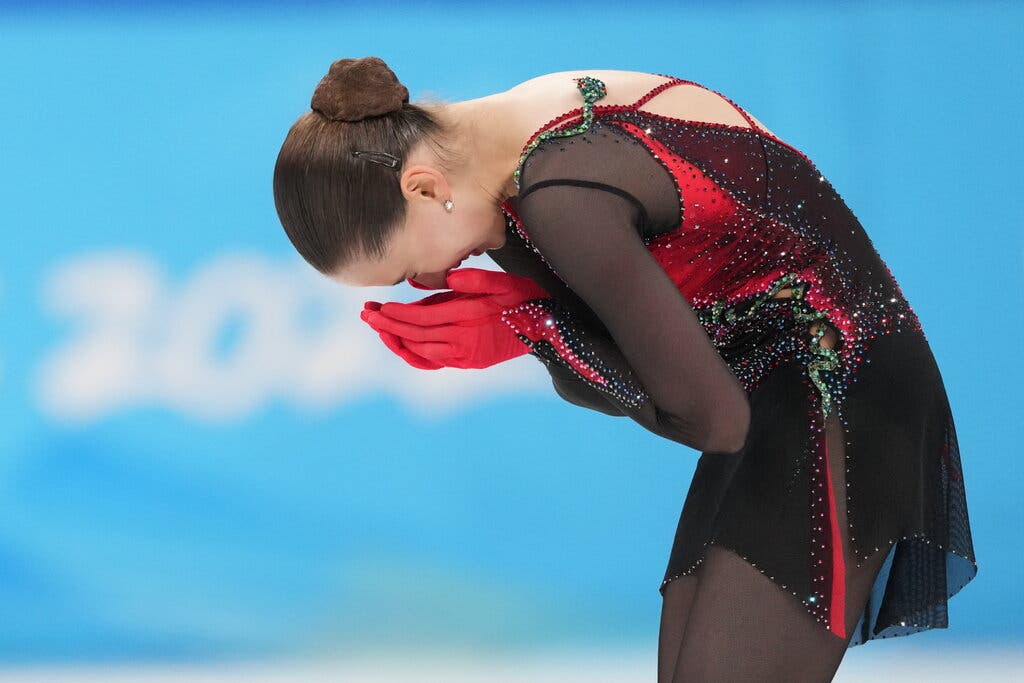 On Thursday, Feb. 17, the international community publicly humiliated a 15-year-old girl. Under the bright lights of the women’s individual free skating event, Russian skater Kamila Valieva failed to medal after coming into the evening as the favorite to take home the gold. After a performance marred by stumbles and near-falls, Valieva was visibly distraught as she skated off the ice. She was greeted by her coach, Eteri Tutberidze, who immediately began criticizing her performance, reportedly accusing her of giving up. Valieva would later sit in tears as the winner, Anna Shcherbakova, received her medal. Left unmentioned was Valieva’s position at the center of yet another Russian doping scandal, one in which Valieva was provided either unknowingly or unwillingly with a performance-enhancing drug before being publicly attacked and scrutinized by much of the world. Valieva should never have been let back on the ice to compete; she clearly melted down under unimaginable domestic and international pressure. After that, the cameras turned off and NBC turned to the next event. Just another teenager abandoned in the name of international cooperation and fair sport.

Over the summer, the International Olympic Committee released a statement titled “The unifying power of the Olympic Games to bring the world together in peaceful competition,” named after a speech given by International Olympic Committee (IOC) president Thomas Bach at the UN Human Rights Council. Rarely in amateur, professional, or international sports will you see an organization say something so on-its-face fictitious that it makes the National Football League look like a beacon of truth and honesty. This year’s Winter Olympic Games have received record low ratings for NBC, viewership falling 42% from the 2018 Winter Olympics in Pyeongchang, South Korea. There are a myriad of potential reasons for the ratings collapse—following up the Super Bowl with the monobob is certainly a peculiar strategy for retaining viewers—but with the Olympics dogged by scandal, there may be a simpler, more overarching explanation. Faced with the totality of its overwhelming contradictions, the Olympics may finally be collapsing under its own weight.

The rot eating away at the International Olympic Committee is visible at every level: human, national, and international. Situations like the one enveloping Valieva show just how little regard the IOC and Russian Olympic Committee (ROC) have for a girl, younger than any student here at Wesleyan, who was tasked with representing the hopes and dreams of an entire nation. Even if Valieva was provided with the drug for illicit purposes, and even if the drug Valieva tested positive for (trimetazidine, a heart medication) gave her an unfair advantage in competition—and it’s far from clear whether it did—there is no way that Valieva, as a minor, could have fully consented to taking it. Regardless, her personal reputation has been left as collateral damage by an IOC and ROC all too willing to sacrifice the well-being of its own athletes in pursuit of athletic glory and positive media coverage. Even after the exposure of a massive, state-run doping scheme for the 2014 Sochi Games, the most punishment Russia has ever faced is having the name changed on their uniforms. Olympic viewers aren’t stupid; we know that the team wearing Russian colors is still Russia, even if their flag or national anthem can’t be played at the awards ceremony. Russia feels empowered to continue its systematic cheating precisely because it has received no punishment in the past. Indeed, the only people who face repercussions are the athletes themselves. This latest doping scandal has only confirmed what we already knew: the ROC will habitually try to win dishonest victories by any means necessary and that the IOC is too feckless of an institution to stop them.

From an American perspective, I would also be remiss not to mention comparisons between Valieva’s case and that of Sha’Carri Richardson, the American sprinter who was disqualified from the 2020 Tokyo Olympics due to a positive test for marijuana. Marijuana is not a performance-enhancing drug, but the rising star on the track was nevertheless stripped of an opportunity to compete on the world stage. Richardson recently cited the decision to allow Valieva to compete as evidence of a racially-motivated double standard, which the IOC denied, chalking up the discrepancy to differences in American and Russian anti-doping practices. Regardless of what exactly is to blame, the results as a whole of the twin Richardson and Valieva debacles do indicate that Richardson received unfair and unjust treatment. It defies common sense that an athlete trying to cope with the death of her mother would receive harsher punishment than one that tested positive for a performance-enhancing drug.

In focusing on the individual story of Valieva, however, we shouldn’t lose sight of the forest for the trees. As we speak, Russian president Vladimir Putin has invaded Ukraine, shattering eighty years of peace in Europe with a brutal, bloody land war. The host country of the Winter Olympics, China, has been employing vast armies of bots and fake accounts to spread online propaganda about the Games and has orchestrated the removal of tennis player Peng Shuai from public life after her sexual assault allegation against a Chinese politician. In perhaps the most sinister moment of the Games so far, China had Dinigeer Yilamujian, an Uyghur athlete, light the torch at the opening ceremonies, all while the country faces accusations of genocide against its Uyghur minority.

Meanwhile, the commercial machines that are the United States Olympic Committee and its broadcast partner NBC continue to chug along, hoping to print as much money from the events as possible while minimizing international political blowback that could jeopardize their bottom line. The endless advertisements for the Olympics and Team USA feel especially hollow when the entire event is grounded in war, death, and human suffering. Authoritarianism and the Olympics is an old story, one that no organization in the United States should be condoning. Unfortunately, outside of a meaningless diplomatic boycott, it appears that the IOC will receive no pressure from the United States to take a stand against authoritarianism. Even as a country grappling with its own legacy of systemic racism and human rights abuses, the United States still bears a moral responsibility to speak out against crimes against humanity. Unfortunately, if something as simple as pulling athletes from the Games or refusing to broadcast a sporting event is too much for Team USA or NBC, it’s unclear what measures they would ever deem to be appropriate.