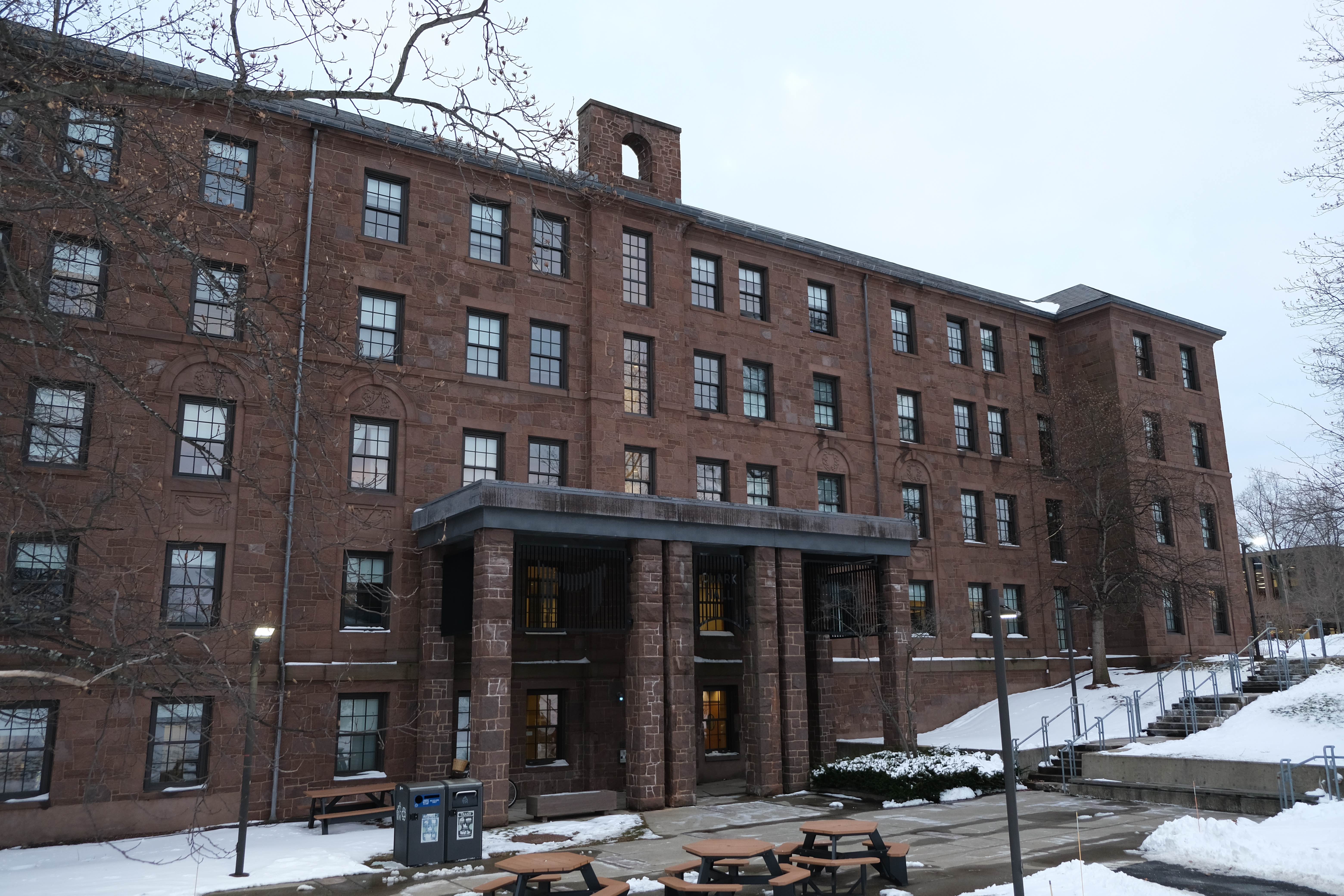 Following the winter storm that blanketed much of the East Coast and the University in snow on Saturday, Jan. 29, the fire alarms at Clark Hall rang around 9 p.m. due to a burst pipe on the ground floor. According to Director of Physical Plant Operations Michael Conte, the pipe may have frozen in the sub-zero temperatures after snow jammed the ground floor door to Clark open, causing the pipe to burst. Shortly after the incident, the water within the radiator began to thaw and leak out, spilling onto the ground floor. As the water leaked from the radiator, steam began to build up, setting off the fire alarms.

Operating under this theory, Conte explained that it took little time for the cold air to freeze the Clark radiator. Physical Plant closed the valve on the Clark radiator shortly after the fire alarm evacuation and finished full repairs on Monday, Jan. 31.

“We have a skeleton crew on weekends so a job like that is not something they have time for,” Conte wrote in an email to The Argus. “It was a very busy weekend.”

Public Safety, Physical Plant, and the Middletown Fire Department all responded to the situation.

“[Residential Advisors] escorted students to Exley for shelter until the steam subsided and the building could be occupied,” Director of Residential Life Maureen Isleib wrote in an email to The Argus. “It’s my understanding that students were back in the building in about 20 minutes.”

“I was surprised, because I had seen the steam in the hallway but I didn’t expect anything else to happen,” DosSantos wrote in an email to The Argus. “It was pretty freaky.”

Kolton Gagnon ’24 grabbed his belongings when the alarm sounded and filed into the hallway to see others exiting the building.

“Everyone seemed to be calm about the matter, but rumors of what was happening were moving faster than the people,” Gagnon wrote in an email to The Argus. “As I descended the staircase, I knew that this wasn’t a drill but an actual emergency. I knew something was wrong, but I knew that I’d be alright along with my fellow classmates. Everyone knew what to do.”

Conte offered suggestions for measures to take in the future to keep buildings safe in the cold.

“Particularly during cold spells like this past weekend, it’s very important that everyone take precautions to ensure windows and doors are closed to prevent pipes from freezing and bursting,” Conte wrote. “Fortunately, in this case there wasn’t any damage, had it happened in a student room the outcome may have been different.”

Although building maintenance issues are common in the winter at the University, Conte explained that Physical Plant takes many preventative measures.

“Most larger buildings like Exley, North College, [Center for the Arts] and the like, are monitored by our building automation system,” Conte wrote. “It requires someone logging on occasionally but all the building’s heating and cooling systems can be seen on the building automation system. Alarms are programmed at parameters that indicate a problem making them easier to find.”

Aris Dashiell can be reached at adashiell@wesleyan.edu.