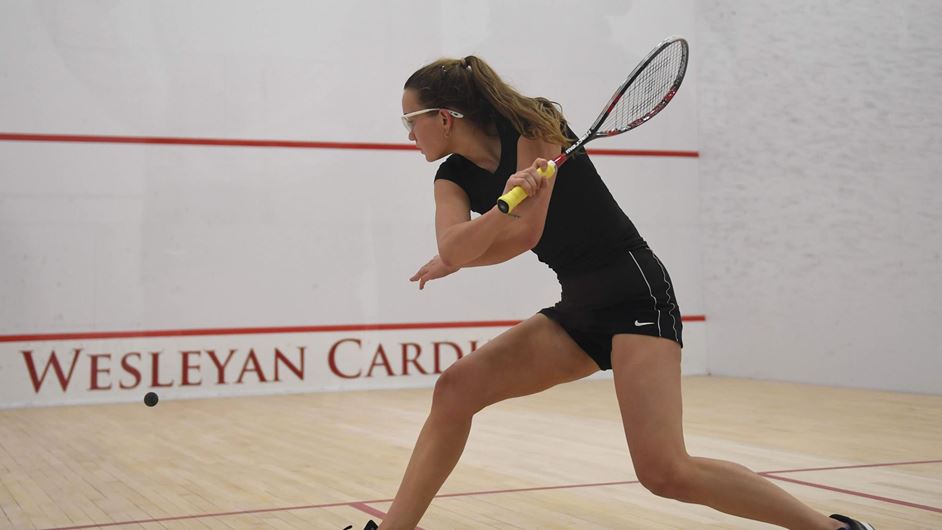 For the University women’s squash team, the 2019–2020 season was a step in the right direction. Two years ago, their season culminated in a winning 13–10 record. Highlights included dominating in the Wesleyan Round Robin, in which they lost only one game and won two by shutting out their opponent.

The team also had a strong showing at the year’s Pioneer Valley Invitational, where they emerged victorious from all their matches. After having lost all of her matches the previous year, Aditi Prasad ’21 reached the College Squash Association National Individual Championship’s consolation finals.

This season, the women’s squash team seemed poised to build upon their successes with the next season. Two years later, how has this prediction fared?

To mitigate the threat posed by the COVID-19 pandemic, the entire 2020–2021 NESCAC season was canceled, stunting the women’s squash team’s momentum. With strong senior classes leaving, the Cards entered this year with almost an entirely new ladder.

After opening the season with a rout of Mount Holyoke, in which The Cards beat their opponent 8–1, the team entered a three-game losing streak, falling to Saint Lawrence, Hamilton, and William Smith. One may think that this spat of bad luck would have produced feelings of frustration and bitterness over the opportunity lost to the calamity of the previous year. However, the women’s squash team is grateful just to have a season that bears some sense of normalcy.

“We’re all just really excited to have a season again,” Co-Captain Carly Blue ’22 wrote in a message to The Argus. “It was fun to travel again this weekend, and playing mafia on the bus home felt like pre-Covid times.”

“It’s a lot of fun to be back to competition after a season off,” Assistant Coach Guy Davidson wrote in a message to The Argus.

For Davidson, it seems to be the journey, rather than the destination, that matters.

“Traveling with the team this past weekend to Hamilton was the highlight thus far,” Davidson wrote. “It felt great to be on the road, and made everything feel real again.”

Head Coach Shona Kerr shared that her favorite part of the season was the ability to compete in-person once more.

“It has been great to practice fully as a team again,” Kerrin wrote a message to The Argus. “[I’m] looking forward to the players’ development and seeing that in match play.”

When assessing the success of this year’s women’s squash team, it is important to recognize that they had multiple departures from the roster.

“For more than half of the team, this is their first college season, so they’re getting a lot of new experiences,” Blue wrote.

With the end of the Fall 2021 semester, the team is presented with a tantalizing opportunity for improvement before heading into the next part of their season, which resumes at the beginning of 2022. The team will return to campus in early January to train for upcoming matches.

“I also am excited for our winter training period during school break,” Davidson wrote. “This is the time when we can solely focus on squash, and tend to see the most improvement in our teams.”

“I’m looking forward to winter training again because it’s fun to get to be on campus with a lot of my favorite people without the pressure of classes,” Blue wrote.

The next semester will serve as a test for this young women’s squash team. Despite their recent struggles, the team is up for that challenge.

“We’re hoping to peak squash-wise at Nationals, so we still have a lot of work to do,” Blue wrote.

On Wednesday, Dec. 8, the team broke its losing streak, dominating Conn. College in an 8–1 victory at home. The team’s coaches hope that the recent victory is a sign of successes to come.

“We feel we are coming together as a team and that we are seeing improvement from all of our players,” Davidson wrote. “It’s a lot of fun to be back to competition after a season off.”