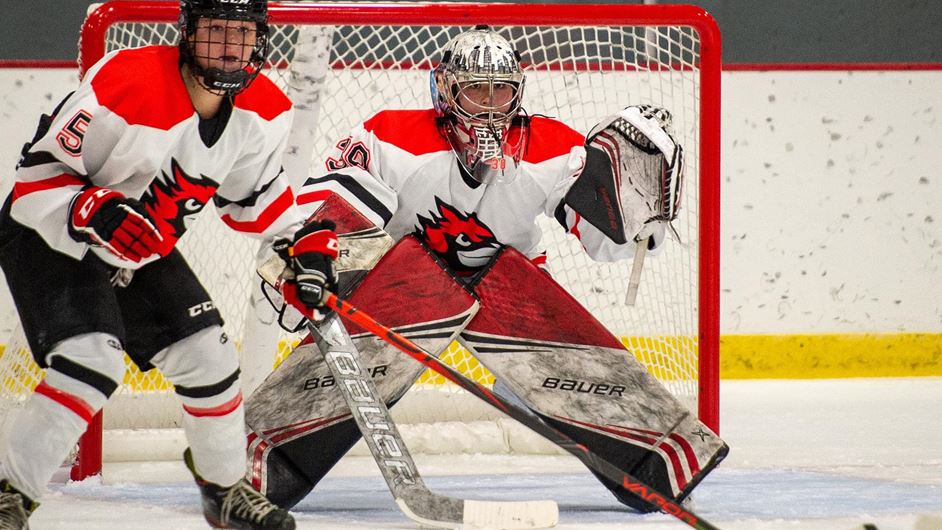 Wesleyan women’s ice hockey has gotten off to a historic start this year. Currently, the team’s record is 5–0, meaning they have tied their record for the best start to the season in the program’s history, matched only by the 1998-99 season.

The season opened on a particularly high note with back-to-back victories against NESCAC rival Bowdoin on Nov. 19 and 20. On opening day, Wesleyan clinched a thrilling overtime victory against the Polar Bears. The first period saw the Cardinals score two goals, with Jenna Stevens ’24 and Caroline Jenkins ’23 finding the back of the net. By the third period, Bowdoin had managed to get themselves ahead of the Cards, bringing the score to 3–2. With only two minutes left, however, captain Audrey McMahon ’22 tied up the game, bringing the score to 3–3 and sending the game into overtime. In the end, Wesleyan managed to secure the victory with a goal by Effie Tournas ’25, bringing the final score to 4–3 and giving the Cards only their second victory in their last 44 matchups against Bowdoin.

The next night, the Cardinals won an equally impressive victory. The game opened with a goal by Chiara Christe ’23 in the first period. In the one to follow, Wesleyan scored three more goals, by Sam DeLeo ’25, Tournas, and Jenna Rekoske ’24. The Polar Bears also managed two goals during the period, bringing the score to 4–2. In the final period, Bowdoin did score once more, but the Cardinals held strong and were able to emerge from the matchup victorious by a final score of 4–3.

The team saw their weekend sweep as a major accomplishment.

“We haven’t swept a team in I’m not even sure how long,” captain Ally Detre ’22 said. “So I think that was a huge, huge boost for the team and that was a huge highlight [of the season so far].”

Her co-captain McMahon added that she credits the victories against Bowdoin to the determined spirit of the team.

“I think we handled adversity really well,” McMahon said. “We didn’t get down on ourselves when they went up and we kept fighting. I think it was really important that we stayed with it and kept grinding [the whole game].”

The Cardinals have clearly been able to capitalize on the momentum of these wins. In their follow-up game on Nov. 23, the Red and Black beat Salve Regina University 3-1 with goals by Caroline Mezias ’25, Stevens, and Brooke Keough ’23, bringing the team’s record for the year to 3–0.

The Cardinals proceeded to further their win streak on Nov. 27 with their first shutout of the season against Post University. The game boasted goals by DeLeo, McMahon, Bridget Cornell ’23, and Detre by a final score of 4–0. The game also featured 17 saves by goalie Rei Halloran ’23, which marked the first shutout of her career.

The next day, the Cards returned with yet another shutout win with another victory (2–0) over Salve Regina. The game featured goals by Rachel Ziff ’23, which was the first of her career, and McMahon, who has registered a point in every game she has played this season with three goals and three assists. In goal, Halloran had 19 saves in a second consecutive shutout. This marked the first time a Wesleyan goalkeeper has achieved back-to-back shutouts since the 2016-17 season. With this victory, the Cardinals secured their current historic 5–0 record.

While the bulk of the season and in-conference games are still ahead of them, the Cardinals know these early victories are important and see them as a learning opportunity for the team.

“I think our best hockey is yet to come,” Detre said. “So I think in those last games we focused on doing some little things that we really wanted to get right. Like focusing on a lot of neutral zone and defensive play and making sure we take care of those things now. I think it’s been a good building period.”

At these games, the Cards are confident they will continue to learn and develop as a team. They also hope to carry on their collaborative spirit, which McMahon believes fueled their early victories.

“We’re getting a lot of production out of basically everyone,” McMahon said. “The team is working really well. It’s not like it’s all coming from one line. Everyone is really contributing to the wins. Our depth, I would say, is our strength.”

Following those three games, the season kicks into high gear on Jan. 7 when the Cardinals take on Colby in back-to-back games in what will be their first NESCAC matchup since November. Securing these wins will be critical to keeping the team ranked high in the conference and will hopefully set the tone for the string of NESCAC matchups that follow throughout January and into February.

Despite the long road ahead, the team remains confident that they are ready to take on all the challenges this season will throw their way.

“I think the mindset is that we can beat anyone,” Detre said. “We’re as good as anyone. We can go out there and make things happen.”

Erin Byerly can be reached at ebyerly@wesleyan.edu.