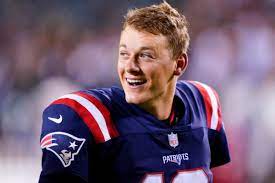 I have no doubt I wasn’t the only Patriots fan who, upon hearing that Tom Brady had decided to go the way of spring breakers and retirees and saunter down to Florida, reacted in a way that can be encapsulated by what Rob Schneider’s character in “The Waterboy” did in response similarly devastating news about his own football team of preference, exasperatedly exclaiming “Oh, no: we suck again!” I and the rest of my generation of Patriots fans, none of us being able to remember a time in which the Patriots were anything less than stellar (save for their relatively lackluster 2019 season that preceded Brady’s departure), faced nothing less than a most disquieting paradigm shift. The Brady and Patriots Head Coach Bill Belichick ’75 dynasty was over, and surely New England was entering 1,000 years of football darkness.

The 2020 season seemed to confirm my fears. The team took after Cam Newton, its new starting quarterback; in other words, it was a shell of its former self. As a result, the Patriots missed the playoffs for the first time since 2008. Even worse, the Patriots went 7–9, thereby posting a losing record for the first time since 2000 (i.e., the year before Tom Brady became the Patriots’ starting quarterback). To add insult to injury, Tom Brady was fabulously successful in his role as the Tampa Bay Buccaneers’ new signal-caller, winning the Super Bowl in his first year with his second team. Many questioned whether Belichick owed his successes to Tom Brady, a reversal of the system quarterback criticisms that have plagued Brady throughout his career. Was Belichick now Belichoke?

Enter Mac Jones. The Jacksonville native came into the 2021 NFL draft after starting one full season as quarterback for the University of Alabama. Jones made the most of his brief time in the spotlight, finishing the season throwing for 4,500 yards and 41 touchdowns and giving up only four interceptions. His efforts were rewarded with a victory in the 2021 College Football Playoff National Championship over Ohio State. Perhaps his most impressive achievement in this span was setting the NCAA season records for passer rating and completion percentage. Jones seemed poised to be taken by the San Francisco 49ers with the 3rd overall pick in the draft. The 49ers had traded the bulk of their future draft stock to the Miami Dolphins to get themselves in a position to draft a successor to the competent but injury-prone Jimmy Garoppolo.

Then came the naysayers, who cast doubt on just about every aspect of Mac Jones’ quarterbacking abilities. His arm was passable at best, they said. They derided Jones’ lack of athleticism, which they argued should disqualify him from top-pick contention. In their view, Mac Jones was merely the beneficiary of the University of Alabama’s embarrassment of riches, as the school regularly pulls the best recruits in the country and is masterminded by Nick Saban, the virtually undisputed greatest coach in the history of college football. These narratives grew strong enough to pressure the 49ers front office into spurning Mac Jones, taking North Dakota State’s Trey Lance in his place. Jones then slid down the draft board until the New England Patriots were taken with the 15th overall pick.

What we have then is an accurate but athletically limited quarterback, whose success is written off as being owed to a system devised by the greatest of all-time coach, and who was drafted by the Patriots with a draft pick that was later than was probably deserved. Does any of this sound familiar? The similarities to Tom Brady don’t stop there, as both wore the number 10 in college, and both are indomitable competitors. Both are the subjects of infamous shirtless photos that expose their less than admirable physiques. Both usurped a number one overall pick to get their starting gigs, Tom Brady having beaten out Drew Bledsoe and Mac Jones having bested Cam Newton.

The Patriots are now the number one team in the AFC East, with their rebuilding process having lasted but a single year. The team is a spitting image of that in the early years of the Brady-Belichick dynasty, which is to say that their defense is playing lights out night after night, their offense is centered on their running game, and they are helmed by a competent young quarterback who does a brilliant job of not messing up. The Patriots’ resurgence has been convincing enough to fuel hype around a potential Super Bowl run. Mac Jones is almost universally considered the best quarterback in a draft class including Trevor Lawrence. Are we seeing the beginning of a new Patriots dynasty? It is undoubtedly too soon to say; however, one can be certain that Belichick and Co. are back with Mac.