“Arcane” is One Of the Best Animated Series of 2021 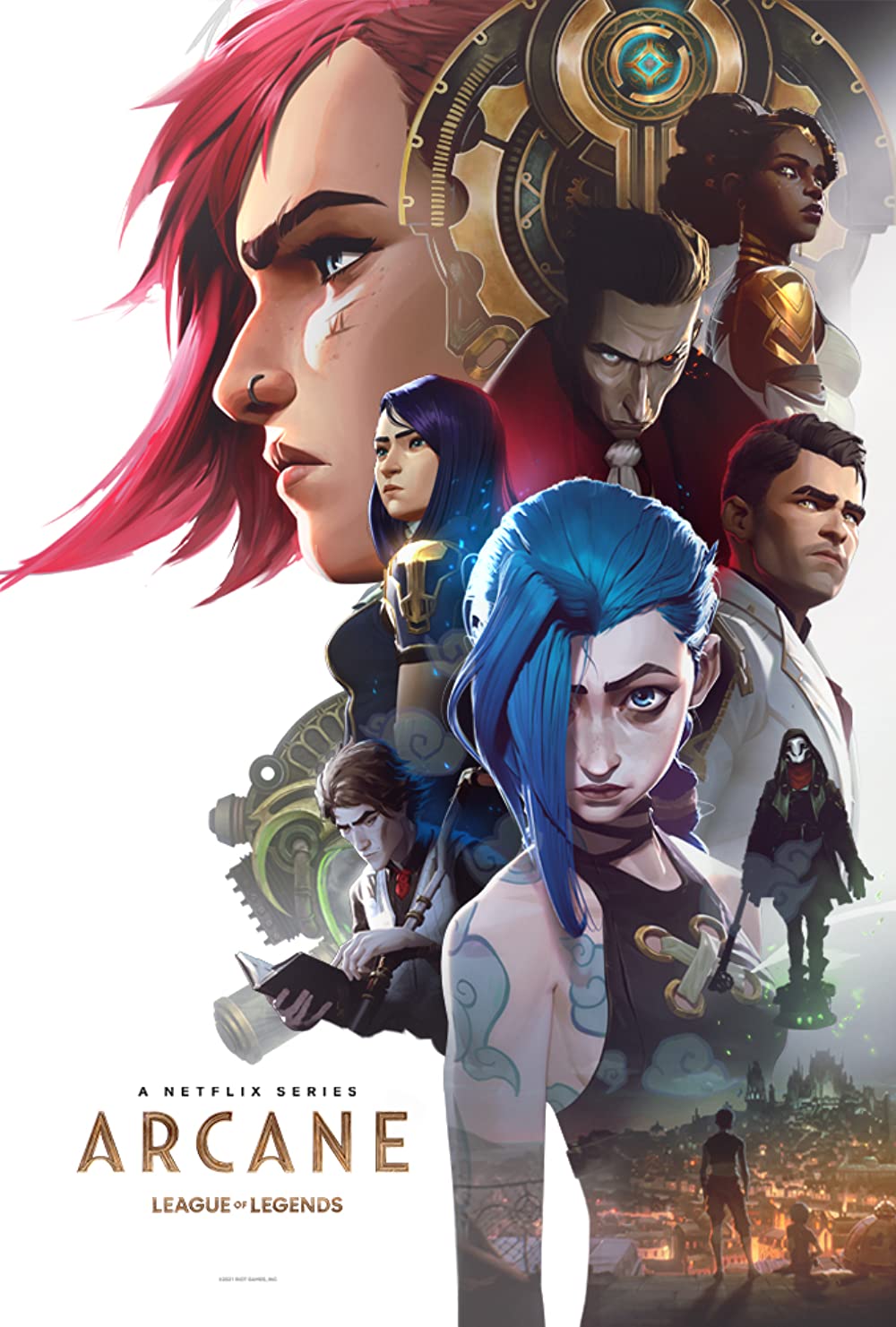 Sometimes, we find ourselves in an improbable and unexpected scenario, one where a show—based on “League of Legends” of all things—manages to be far greater than it has any right to be. This is the case with Netflix’s new animated sci-fi/fantasy series “Arcane,” which not only set a new standard for video game adaptations but has proven itself to be one of the best current animated series, period.

Set in the fictional steampunk city of Piltover, the series follows a set of characters that live across its two halves: the glorious haven on the surface or the hellish undercity. The latter is racked with crime, poverty, and insanity, whereas the rich “topside” has most of their problems dealt with. Forces on both sides seek to change the way their society functions, all coming from a genuine want for improvement.

The first thing that grabs the audience’s attention is the exceptional animation. Blending  2D and 3D, the animators from French studio Fortiche make you feel as if you’re watching a three-dimensional oil painting. The production took an eternity, and the hard work definitely shows. Just as “Spider-Man: Into the Spider-Verse” pushed the limits of 3D animation, so does “Arcane.”

Of course, the show looks incredible. But visuals alone aren’t enough to sustain a piece of entertainment. Luckily, the series more than delivers in substance. Though it still uses familiar tropes—estranged sibling conflict, a villain with a scar over his eye, inner identity, and how you choose to handle it—they’re dealt with more deeply than usual.

Once the show presents a narrative choice that seems familiar, it uses well-written characterization to make it unique and unpredictable. Surprisingly mature themes and dialogue bind the show together, while the voice acting only adds to the quality.

The characters make “Arcane” feel like something new. They might have standard arcs at their core, but if there’s one thing this show makes clear, it’s that there’s always more to the story. There’s Vi (Hailee Steinfeld), a girl just trying to survive in the undercity with her sister Powder (voiced as a child by Mia Sinclair Jenness and as an adult by Ella Purnell). There’s also Jayce (Kevin Alejandro) and his partner Viktor (Harry Lloyd), two young men aiming to experiment with extremely risky science/magic hybrid studies, and Silco (Jason Spisak), a crime lord who dreams of the undercity’s independence, among others.

My biggest fear was that the show would have at least a few overlapping arcs with so many unique characters. On top of that, I assumed the writers would have to forgo one character’s development for another’s in the interest of time. However, those fears were quickly put to rest. It’s extraordinarily difficult to craft a full lineup of great characters, especially when none of them feel like carbon copies of the other, but the writers of “Arcane” have pulled it off.

Even if you disagree with some characters’ methods of trying to change the world they inhabit, you can’t help but sympathize with every one of them to some degree. I found myself rolling my eyes at certain side characters near the beginning—thinking I knew exactly what their roles would be—and I was only proven more wrong as the series progressed in unexpected ways.

The soundtrack is also original, taking contributions from Pusha T, Denzel Curry, and Sting. It may not be everyone’s cup of tea (especially the opening theme by Imagine Dragons), but the songs rarely overshadow the conflict and action on screen. Even if it’s not the type of music you listen to and seems quite jarring, the immersive story and stellar fight scenes pull you right back in without a hitch.

“Arcane” is a show that managed the impossible with its execution. Too often in modern media, we see excellent ideas paired with mediocre execution, but a “meh” premise transformed into an exceptional stand-out is always something to behold. Risk-taking is hard to come by in typical corporate-run entertainment, but with innovative shows like “Arcane,” more may be willing to take a leap of faith in the near future.

Nate Wheeler can be reached at nwheeler@wesleyan.edu.