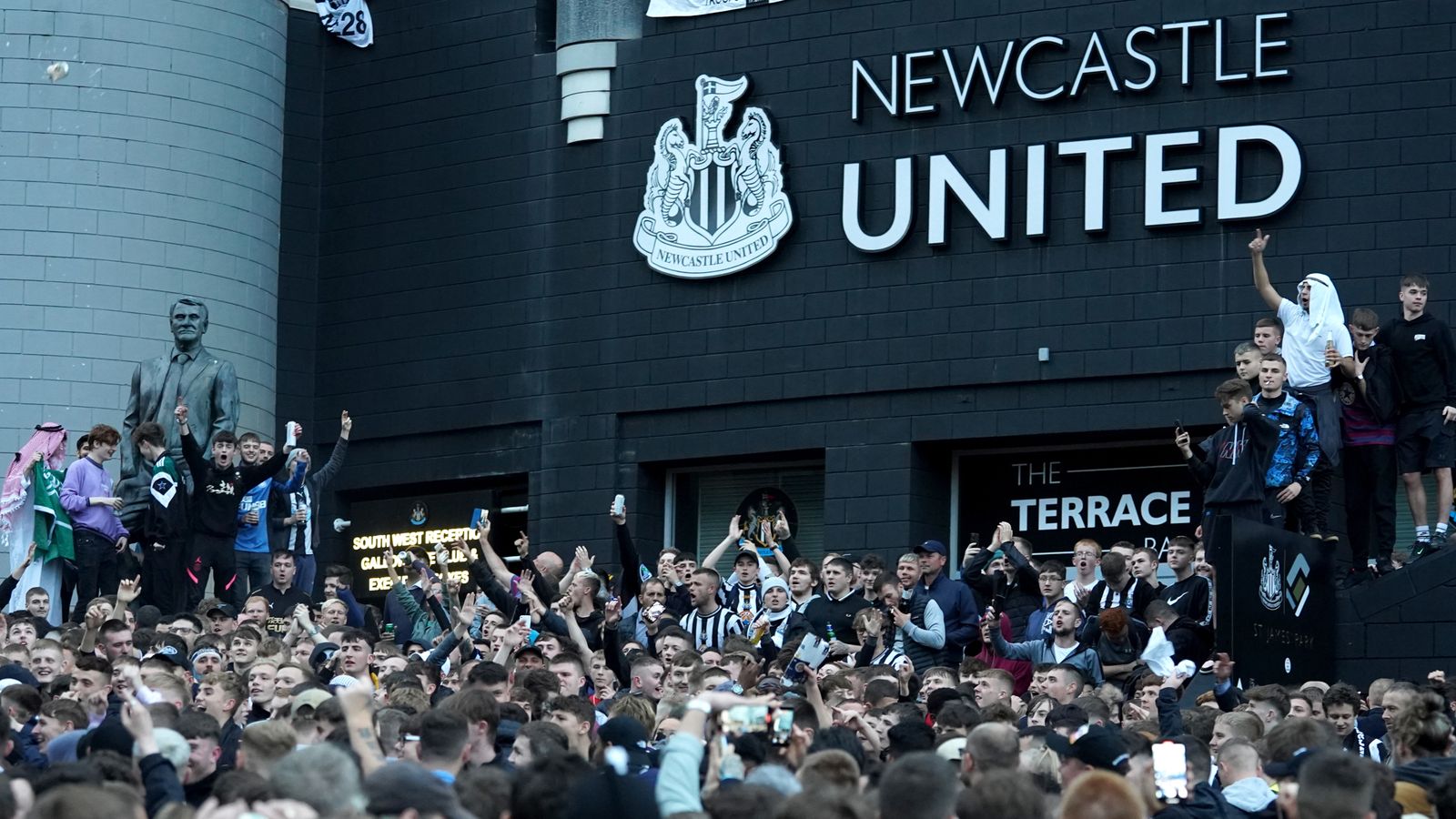 After ambivalent back and forth purchasing consortiums, as of Oct. 7, English Premier League (EPL) team Newcastle United’s Saudi-Arabian backed takeover has been finalized. With this takeover, the Magpies join the group of “oil money” clubs alongside world-class teams such as Paris Saint Germain, Zenit, and their fellow league competitors Manchester City and Chelsea.

In terms of this takeover’s soccer-related consequences, fans can expect an otherwise hard-to-imagine rise from Newcastle, similar to German club Red Bull Leipzig. Leipzig was established in 2009 and began playing Champions League football by 2016, something that clubs that exceed even 100 years old couldn’t achieve throughout their history. In a world in which the extent of big money takeovers is this impactful, Newcastle United might start contributing to the polarized EPL league tables and astronomical transfer market inflations soon.

This inflation has been caused by big money clubs. In 2016, the French midfielder Paul Pogba was the only nine-digit transfer in the history of the game, with a record fee of 105 million Euros. This transfer caused extreme inflation, and by 2021, 13 9-digits transfers were completed, the highest being a morally questionable 220 million Euros transfer of Neymar from Barcelona to Paris Saint Germain, the poster child for big-money influence in soccer.

With Newcastle now having a tremendous amount of money to spare for transfer fees, no one would be surprised to see them in the top six of the most competitive league in the world.

This may bring hardships and financial difficulties for many clubs in the EPL, ultimately diminishing what the league is famous for: its competitiveness. As Newcastle purchases players for higher and higher prices, the market will continue to rise. Besides pushing the prices further up, after higher market prices become normalized, big-money teams will establish a monopoly in the transfer market, as they will become the only clubs that are able to afford such exorbitant prices.

Since they have larger purchasing power, these clubs will be able to sign talented soccer players all over the globe. Slowly, the league’s competitiveness will start to diminish as the roster quality between teams will differ widely. This might also create negative consequences for European football in general. With league tables getting more and more polarized with better teams who have unbeatable financial support, the same teams every year would start qualifying for competitions such as Champions League, European League, and now the Conference League. This would prevent smaller clubs from developing and pursuing international competitions.

However, this doesn’t necessarily mean that Newcastle United will succeed in the EPL and potential European competitions after deepening their pockets. Despite having one of the best squads in global soccer, financial power, and rich transfer seasons, Paris Saint Germain is still not considered a successful club by a significant consensus. This is because the Parisians have failed to capture the Champions League title and still have seasons in the domestic French league Ligue 1 that end with the French Giants watching another club hoist the trophy. Ligue 1 is considered one of the weaker leagues in Europe.

This doesn’t mean that Newcastle United won’t be successful or money doesn’t help soccer teams to expand; it obviously does, but money alone is not a guarantee of success.

The most alarming issue that the takeover presents is the dismissal of human rights issues through the Saudi Arabian Public Investment Fund (PIF).

“Instead of allowing those implicated in serious human rights violations to walk into English football simply because they have deep pockets, we’ve urged the Premier League to change their owners’ and directors’ test to address human rights issues,” Chief Executive of Amnesty International Sacha Deshmukh said in an interview with The Atlantic.

Though there is an obvious contradiction of the Premier League clubs joining such financial agreements, fans of the financial takeover argue that PIF interacting with English clubs would stress the PIF for additional considerations of human rights issues in Saudi Arabia, as these organizations interact.

Newcastle United joining the league of big money clubs could yield interesting outcomes for the future of English and European soccer and the astronomically valuable market nesting around it. This winter transfer season and the next season fans should expect to observe a new Newcastle United, with deeper pockets and higher aspirations.

Alp Yucel can be reached at ayuel@wesleyan.edu.