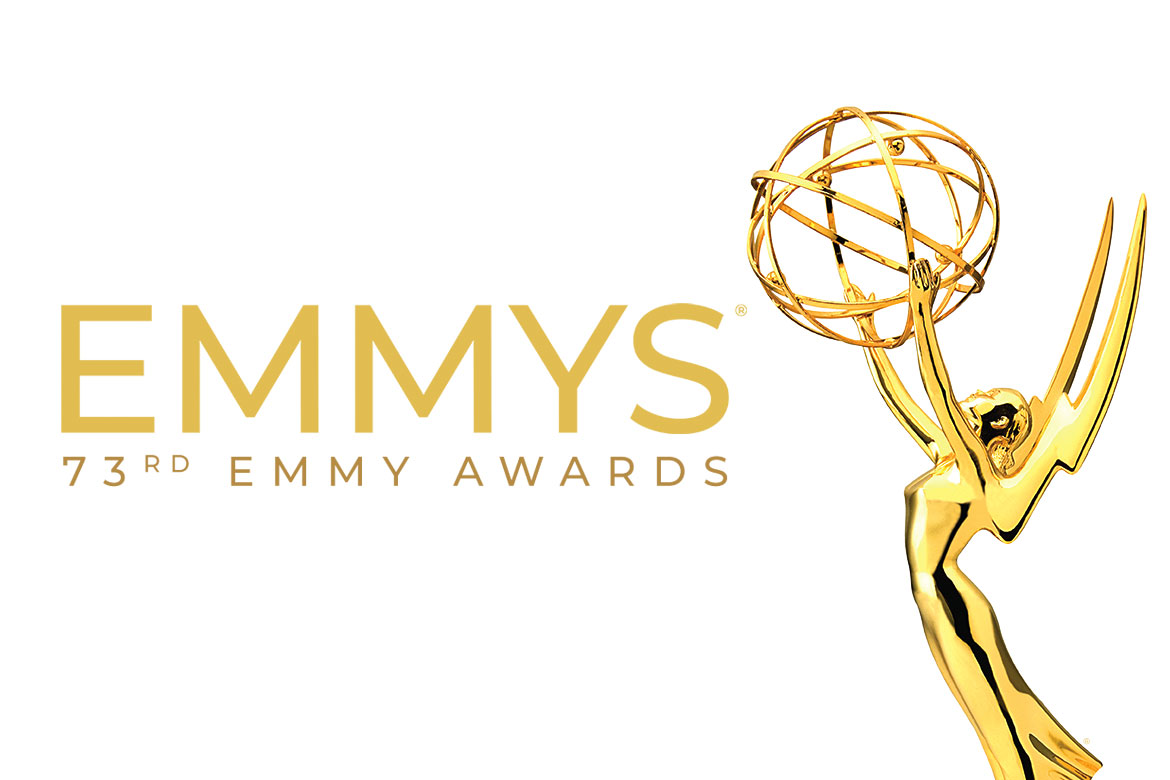 A British invasion seems to be taking place on American television. Netflix’s royal family drama “The Crown,” the UK-set Apple TV+ soccer comedy “Ted Lasso,” and a slew of prestigious British acting talent were all gifted with television’s highest prizes at the 73rd Primetime Emmy Awards, which aired Sunday, Sept. 19. But if there’s anything that American television and our COVID-ridden world are in desperate need of right now, it’s joy. It seemed like joy did somewhat win, as the sunny-eyed “Ted Lasso” and the redemptive, Las Vegas-set comedy “Hacks” from HBO Max led the comedy awards. But for those of us still tuning into award shows despite their waning popularity, the joy was perhaps one-sided. While this year’s winners all seemed euphoric, the ceremony itself felt limp and devoid of the infectious energy that only live television can provide.

This year’s Emmy Awards, hosted by comedian and CBS sitcom star Cedric the Entertainer, pledged to salute the medium that played an essential role in escaping the omnipresent pandemic. Audiences tuning into the ceremony (broadcast live on both CBS and its fledgling sister streaming service, Paramount+) were treated to, or perhaps burdened by, over three hours of typical award show fanfare: celebrity cameos galore, clunky comedic segments, and a fair share of upsets and predictable outcomes.

But unlike the Emmys ceremonies of yore, which were traditionally broadcast from large auditoriums filled to the mezzanine with TV’s brightest stars, this year’s Awards were a rather contained event, as the ceremony was relegated to a smaller, ballroom type venue with a Golden Globes-inspired table layout. Unlike 2020’s 72nd Emmys, a live, though still limited, audience consisting of the nominated shows’ casts and creators was present.

The big question of whether Cedric the Entertainer and the evening’s slew of celebrity presenters would meaningfully acknowledge COVID’s continuous reign of terror seemed to loom over the ceremony even before it took off. TV’s hottest stars were all maskless in the indoor space, a first for a major awards show since the pandemic’s start. But alas, it seemed like the elephant in the room would only be addressed through the corny awards show banter that one comes to withstand.

Surely, audiences don’t want to be constantly reminded of how COVID has uprooted all of our lives. Awards may play an influential cultural role, but the Emmys should be a brain vacation, complete with speeches from actors you love who are in gritty, HBO Limited Series that you haven’t seen yet. But award shows have struggled to appropriately embrace their lighthearted nature in these complicated and exceedingly important times (as shown by February’s tone-deaf Golden Globes ceremony). Initially, the Emmys were slated to be nothing but good old not-particularly-mind-expanding fun—the kind of fun that allows Rita Wilson to rap alongside LL Cool J and Lil Dicky about “Sesame Street” in the ceremony’s opening number (a hip-hop love letter to TV in our pandemic era). But as socially conscious funny man Seth Rogen, the evening’s first presenter, pointed out, “There’s way too many of us in this little room! What are we doing?!”

The Emmys thereafter played out in a restrained fashion, bolstered by its audience’s enthusiasm but hindered by its contradictory celebration of television in its very, very white multitudes.

In what was the evening’s most interesting race, Netflix’s “The Queen’s Gambit” was crowned as the season’s best limited series. Ultimately, though, HBO’s “Mare of Easttown” won an impressive three of the evening’s top prizes for limited series, with star Kate Winslet reveling in her win for playing what she described as a flawed, middle-aged mother, the type of role that is still a rarity despite our increasingly diverse television scene. However, judging from what limited series were nominated at this year’s Emmys, casual TV watchers likely would not be able to tell that traditionally marginalized voices are more present in television than ever before.

Michaela Coel’s win for writing HBO’s magnificent “I May Destroy You” was one of the evening’s only true moments of genius, as she managed to make a traumatizing story of sexual assault into one of the most human and complex television stories in recent memory. Coel’s writing award was the only award that “I May Destroy You” (a limited series which she created, starred in, and co-directed) won. Notably, “Moonlight” director Barry Jenkins’ inventive adaptation of “The Underground Railroad” for Amazon Prime was also largely overlooked, snagging only two nominations.

The Emmys are still reluctant or simply scared of actually engaging with audacious and complex pieces of television. Speaking of audacity, “The Queen’s Gambit” creator Scott Frank spoke for what felt like an eternity in accepting his award for Outstanding Directing for a Limited Series. In her acceptance speech Coel said, “Do not be afraid to disappear from us for a while, and see what comes to you in the silence.”

Perhaps Frank should have taken this advice, maybe after the playoff music started for the second time.

The drama categories provided little surprise, as “The Crown” won in seven categories. In addition to winning Outstanding Drama, the Netflix favorite picked up awards for its writing, directing, and for the performances of four of its royal family members (notably, Emma Corrin’s revelatory portrayal of Princess Diana was overlooked in favor of Olivia Colman’s solid Queen Elizabeth II). Among the nominated dramatic series was “The Handmaid’s Tale,” and Wesleyan alum Bradley Whitford ’81 was nominated for his supporting role on the Hulu drama. Though “The Crown” was undoubtedly the strongest dramatic series to feature in this year’s Emmy race, it was refreshing to see landmark series like “Pose” and “Lovecraft Country” receive nominations in what will be their final seasons on air.

In the comedy categories, “Ted Lasso” squeezed past the Jean Smart vehicle “Hacks” to claim four awards in what was expected to be a dominant run (but certainly not as dominant as “Schitt’s Creek” at last year’s Emmys). “Ted Lasso” secured the night’s first two awards for supporting actors, but upsets in the writing and directing categories in favor of “Hacks” and Smart’s win for her leading performance shook up the comedy categories. But if simply being the world’s most valuable company wasn’t enough for Apple, wins for Jason Sudeikis’ delightful starring performance (presented by the iridescently zany Jennifer Coolidge in one of the night’s only genuine moments of hilarity) and for outstanding comedy series were affirming pieces of news for their new streaming service. The lack of jokes about the sheer absurdity of “Emily in Paris” even being nominated for Outstanding Comedy Series was a missed opportunity.

In another surprise, the filmed production of “Hamilton,” the Broadway smash hit from the mind of ubiquitous Wesleyan celebrity Lin-Manuel Miranda ’02, won for Outstanding Variety Special (Pre-Recorded), as it is now available to stream on Disney+. Whether Hamilton can be classified as television is questionable, but its status as a cultural behemoth was further solidified by its big win.

In the end, this year’s Primetime Emmy Awards didn’t reveal anything especially new or insightful. We learned that Jennifer Coolidge is still phenomenal, “Ted Lasso” may be the answer to pandemic blues, and prestige TV is still held in high regard. But as we expect television programs to push the envelope and allow audiences to access worlds that have yet to grace the silver screen, should we really expect the Emmys to do the same? Or should they remain a night full of fashion faux-pas and occasionally inspiring acceptance speeches? TV dramas are getting more sophisticated; TV comedies are largely becoming more serious and less funny.

Maybe we should allow the Emmys to be simply mediocre, passive entertainment that doesn’t need to make us jump out of our seats. Actually, it’s not hard not to jump out of your seat when 500 TV stars are maskless and having the time of their lives, while some of us are still trying to make sense of the pandemic.

Vincent Langan can be reached at vlangan@wesleyan.edu.