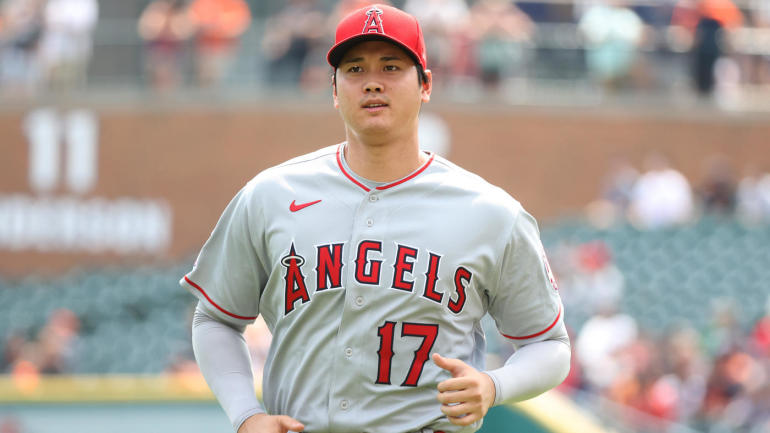 As the summer comes to a close, so does America’s pastime. From the early months of mostly empty stadiums to the MLB’s Field of Dreams game, played in an actual cornfield, this season has been a whirlwind. Here’s a rundown of what to watch for in the final weeks of the season.

If the 2021 baseball season is going to be remembered for one thing, it is Shohei Ohtani. Ohtani, born in Ōshū, Japan, is the designated hitter and star pitcher for the Los Angeles Angels. At 18, he signed with the Hokkaido Nippon-Ham Fighters of Nippon Professional Baseball (NBP) and quickly became a star. Ohtani won the Pacific League Most Valuable Player (MVP) in his third season while slashing .322/.416/.588 with 22 home runs en route to leading his team to a victory in the 2016 Japan Series. While he was busy winning the NPB MVP award as a designated hitter, every fifth day he was also the ace of the Fighters pitching staff, finishing his aforementioned 2016 season with a 10–4 record and a 1.86 ERA to go along with 174 strikeouts.

He debuted with the Angels in 2018 and won Rookie of the Year, but after two shortened seasons due to injury, Ohtani has become a bona fide superstar stateside. He leads the league with 44 home runs and a .612 slugging percentage, making him one of the most feared hitters in baseball. Ohtani is also dominating the majors as a pitcher, with his 3.36 ERA and 136 strikeouts yielding him a 9–2 record and making him the American League (AL) All-Star Game starter. Ohtani has turned into the Angels’ best player in the box and on the mound.

To some, he’s the Japanese Babe Ruth, the first two-way star in a century. In reality, Ohtani brings more to the game than the Bambino. Ruth started out his career as a pitcher before transitioning into a full-time hitter. Ruth never slugged more than 30 home runs in a season where he was pitching full time, whereas Ohtani had 33 by the All-Star break alone. Despite Ohtani’s brilliance, baseball is a team sport, and, unfortunately, he cannot play the other eight positions. The Angels’ other generational superstar, outfielder Mike Trout, has had his season derailed by a hip injury. As a result, the Angels are once again hovering around .500 and will miss the playoffs for the seventh consecutive year.

Another major storyline during this MLB season has been the controversy over in-game checks for the use of foreign substances by pitchers. After the lowest league-wide batting average in 50 years and an all-time record in strikeouts per game, Major League Baseball cracked down on pitchers’ use of sticky substances, which can be used to alter the trajectory and spin rate of the ball. While pitchers have always used sunscreen and pine tar to illegally apply spin to the ball, recently they have taken to the chemistry lab to find new ways to doctor the baseball, making it virtually unhittable in the process. On June 15, after accusations against many pitchers such as the Yankees’ ace Gerrit Cole, MLB enforced its strictest rules in league history for players using foreign substances. This included ten-game suspensions for players caught using foreign substances and routine inspections of pitchers throughout every game. While players like Max Scherzer and Sergio Romo protested the new rules initially, the league has seemed to adjust to the new normal.

Away from the commissioner’s office and back on the field, the surprise of the season is the San Francisco Giants, who came from seemingly out of nowhere to have the best record in baseball. They currently hold a 93–50 record and a 2.5 game lead over the rival Los Angeles Dodgers. Backed by franchise veterans Brandon Belt, Buster Posey, and Brandon Crawford, along with the acquisition of former Cubs third baseman and MVP Kris Bryant at the trade deadline, the Giants are poised to make a deep October run in their first playoff appearance in five years.

The National League (NL) West is also home to the other NL juggernaut, the aforementioned defending champion Dodgers. They’re back with familiar faces: Mookie Betts, Cody Bellinger, and Clayton Kershaw. They also obtained even more talent by trading for pitcher Max Scherzer and infielder Trea Turner from the Washington Nationals. These two teams seem almost destined to meet in the playoffs. It could be another chapter in the storied Giants-Dodgers rivalry, spanning all the way back to when those teams both called New York City home over 60 years ago.

Another familiar face leads the American League: last season’s pennant winners, the Tampa Bay Rays. We might be in the Golden Age of Tampa sports, with the NHL’s Lightning winning back-to-back Stanley Cups, Tom Brady moving down south to win the Buccaneers a Super Bowl, and the Rays cruising to an AL East title. The Rays are on their way to a title despite having the fifth-lowest payroll in baseball, leading baseball’s capitalism-gone-rampant titans, the New York Yankees and Boston Red Sox. The Rays’ leaders are a collection of cheap veterans like second baseman Brandon Lowe, outfielder Austin Meadows, and the ageless wonder, Nelson Cruz, who has surpassed the 30 home run mark in his age 41 season. Tampa has also seen shortstop Wander Franco turn from a tantalizing prospect to a key contributor as the youngster broke a record set by Mickey Mantle for the longest on-base streak for a player 20 years old or younger.

World Series Prediction: Dodgers over Rays in seven games.
Rocky D’Antonio can be reached at rdantonio@wesleyan.edu.