WesCeleb An Pham ’21 on Two Theses, Comedy Culture, and Their Second Summer in Gay Haven 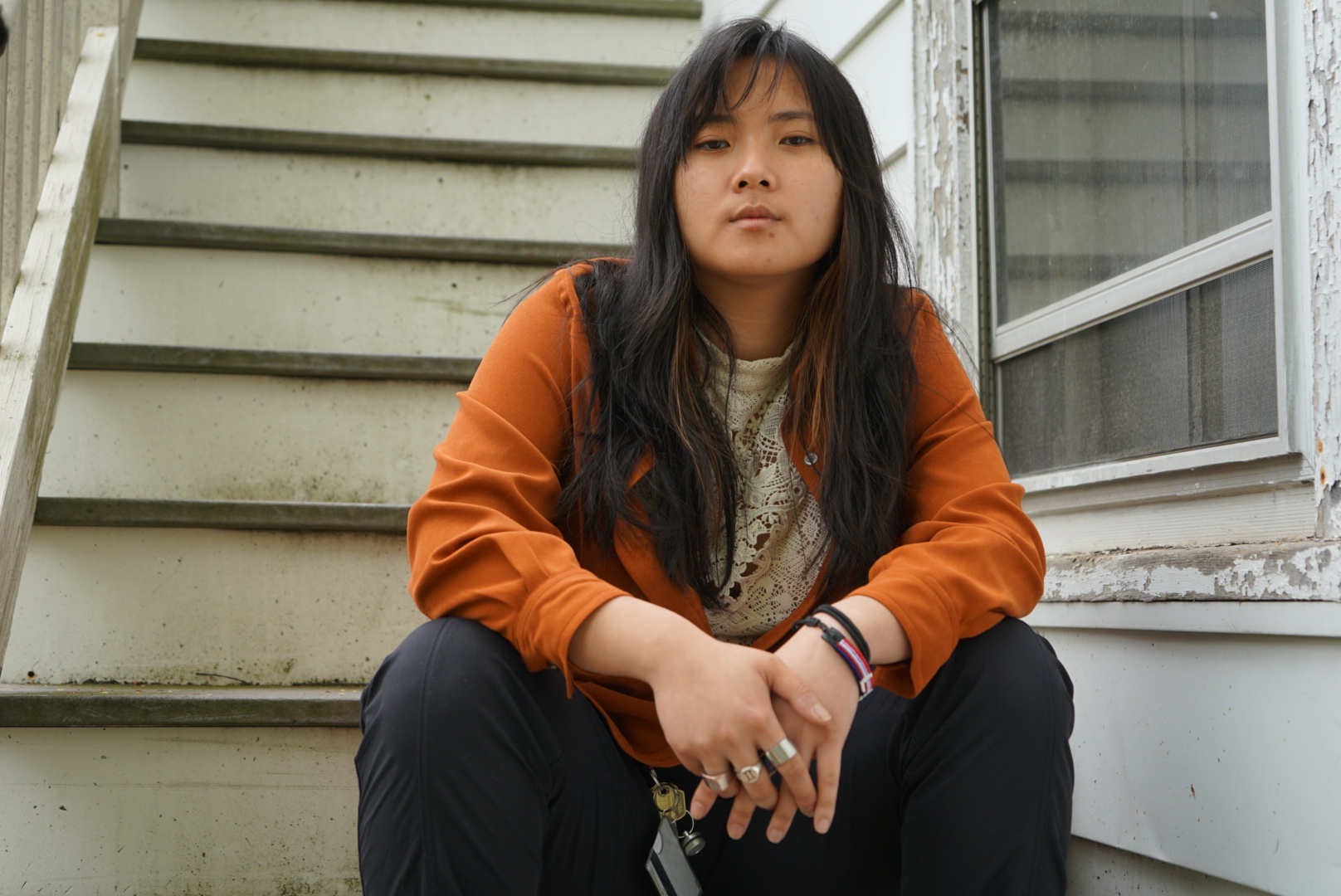 It’s that time of year when seniors submit their theses, prep for graduation, and say their final goodbyes to Wesleyan. In the midst of all this, An Pham ’21 created not one, but two theses. This is not even close to all that Pham, a tour de force, has accomplished in their time at Wesleyan. The Argus Zoomed with Pham, the last WesCeleb of the school year, to hear about comedy and playwriting, advice they’d give their past self, and post-grad plans.

An Pham: I think that I have a lot of people who love me. I would like to say it’s because I’m cool and hot, but I do think that what I do unfortunately outshines my looks….What I do is a lot of comedy, both improv and standup. I’m in the theater community, I’ve put up one and a half plays—the half was cut short by COVID. I am also an Art [Studio] senior doing a joint thesis with FGSS [Feminist, Gender, and Sexuality Studies], and that was a pretty onerous and ambitious thesis. I would also like to mention that I work at Espwesso. I love it so much. It’s the closest thing to a cruising spot the lesbians here are going to get.

A: Your nomination mentioned you were doing two theses. Could you talk about that?

AP: It was technically a joint thesis between the FGSS and Art Studio departments but in practice I made two theses—one being the show in Zilkha and the other being a lengthy written component. I wanted the two bodies of work to be able to be interpreted and understood on their own, but still very much supplement one another. That’s why I didn’t include any of my writing in my show at Zilkha.

A: Where did you get the idea for it?

AP: It’s really an accumulation of everything I’ve been passionate about in the past four years and that can pretty much be summarized in sexuality and art. I wanted to write a thesis that traces the effects and intergenerational trauma that was passed down to me as a result of imperialism—namely the Vietnam War—and as a result of the spread of Christianity to the East and colonization.

A: It’s so impressive that you did two!

AP: If you’re really passionate about something, that’s going to give you enough juice to power through. I couldn’t have done that if I wasn’t completely in love with what I was talking about.

A: Speaking of art, would you mind speaking a little bit about your one and a half plays? Can you talk about your role in that?

AP: My first one I did sophomore spring. It was called “Small Town Eden,” and I had written the play myself and directed it. It was based on the true story of when my mom was asked to be a part of an exorcism. I have a deeply, deeply religious family, Southern Baptist, which is the most intense one in my opinion. And they still do exorcisms. The play is about that, and how the church at times can traumatize more than heal, because the person that she exorcised ended up not being his full self ever again. It was a really intense thing to see. So I put together a production team made of mostly my dearly beloved friends, and it went up in the ’92.

I wrote another play called “Banana Leaf” my junior semester abroad, my junior fall, that was very largely inspired by Ocean Vuong’s “On Earth We’re Briefly Gorgeous.” It’s also loosely based on my family and about their migration to the United States in the ’90s and about queerness and about fetishization and about family trauma. I didn’t get to put it up because of COVID, but I did end up using the play in my written thesis as the kind of skeleton for it, and I would interject the scenes and acts with more poetry and prose, and that was my written thesis.

A: Do you have any plans to maybe one day put it on?

AP: I sure hope so. I think there are vague plans in my future to go back to school for playwriting, and that’s something that I want to polish and keep in my repertoire for sure.

A: We know that you’ve been big in the comedy community so we were hoping you could talk about what you have been involved in, and more specifically, how you think the Wes comedy scene could be made more inclusive, especially in terms of queer representation?

AP: When I was a freshman in the improv group Desperate Measures, I was the only person of color in campus comedy at the time. I wrote a piece for Midriff magazine about it. In that piece, I talk a lot about how it’s not a representation problem, it’s more of a bigger cultural issue. It’s not like these groups are turning away people of color, but people of color aren’t showing up to audition for these groups and that begs the question of “why?” Why do certain cultures value humor and comedy more than other cultures? Why do certain people of cultural backgrounds not feel as inclined to—or as comfortable in—the comedy scene we’ve created for ourselves? Trying to fix that with very superficial cosmetic changes wouldn’t be getting to the root of the problem because you can’t just have diversity for the sake of diversity. Making the comedy scene a more inclusive space is the real work and I don’t think I’ve figured out how to do that myself….Since then, there have been other people of color joining comedy groups on campus and there were efforts to have a POC only comedy group. Things have definitely changed since I wrote that piece as a freshman, in a great way, because the people of color in the comedy scene are some of the goddamn funniest people I know.

A: As your time at Wesleyan is coming to a close, is there anything you wish you had done differently, or advice you have for your freshman self?

AP: That’s a big question. I think if I were to give my freshman self some advice it would be the realization that I have every time I trip on psychedelics, which is that we’re all just children. We’re all absolute kids running around and nobody knows what to do more than you do. Everyone is so busy worrying about themselves and how other people perceive them that no one is actually looking at you, and I think really internalizing that would have made freshman year me more adventurous and I would have blossomed more.

A: You probably hate getting this question, but do you have any post-grad plans?

AP: Yes, I am going to be doing the same internship that I did in summer of 2019, which is with BOFFO, an art non-profit that brings artists out to Fire Island to do a two-week residency there. I’m a producer, so I just make sure that all of their presentations go smoothly. And it’s so cool, it’s the best job I’ve ever had. It’s in a predominantly queer space, actually, I don’t think I’ve seen a single straight person on Fire Island. The part that I’m in is in the Pines, and so it’s super lavish, it’s super indulgent, it’s beautiful, and I get to meet so many cool artists. I have never been in a place like Fire Island, it’s just like gay haven.

A: Are there any parting words you want to leave on the Wesleyan community?

To see examples of Pham’s artwork, check them out on instagram @phamfic. For photos that they took in their previous time on Fire Island, check out this article in Artforum.

Steph Monard can be reached at smonard@wesleyan.edu.