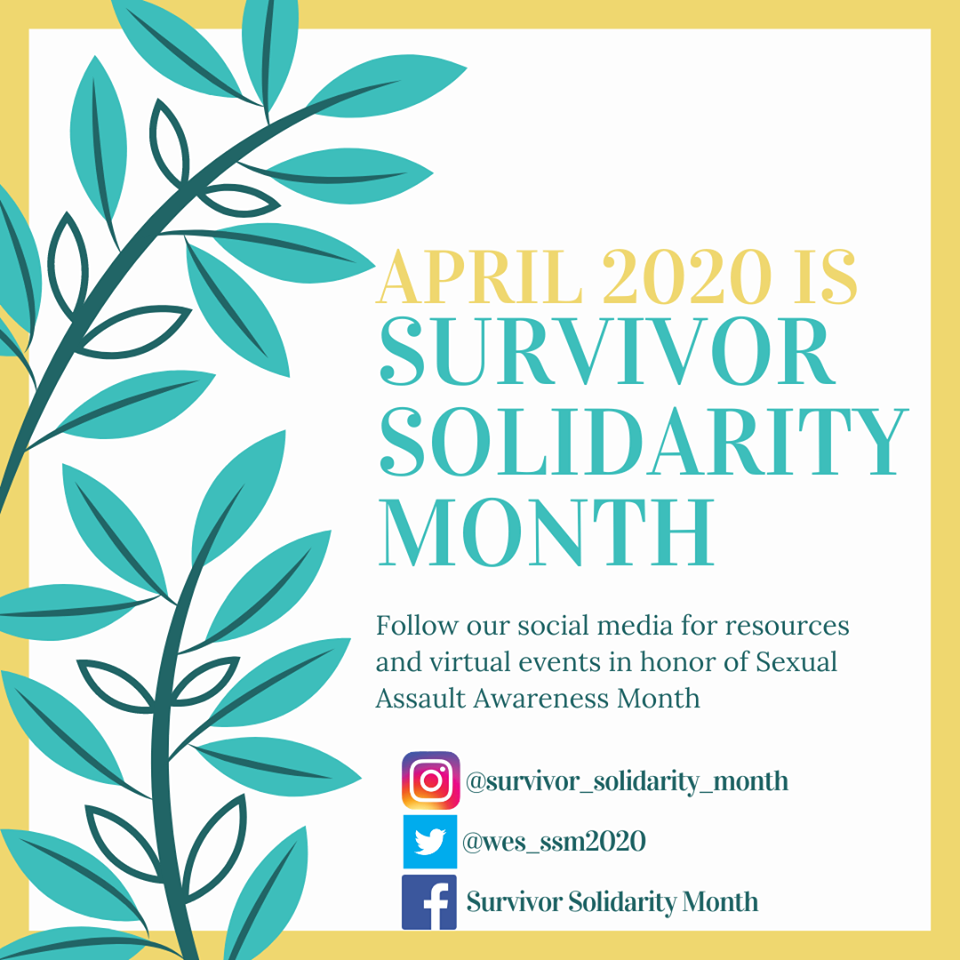 April has been Survivor Solidarity Month (SSM) on campus, hosted by the Office of Support, Healing, Activism, and Prevention Education (SHAPE), in conjunction with WesWell. Through a series of programs, SHAPE and WesWell strove to promote open dialogues about survivor solidarity, create safe spaces for survivors, and bring the community together virtually and in-person.

“It’s creating the conversation and creating space for people to process all of these things and recognize and bring awareness to this issue on this campus,” said SSM intern and SHAPE Office Worker Charissa Lee ’23.

While most of the events were hosted via Zoom, the weightlifting workshop took place at the Freeman Athletic Center so participants could gain tangible skills.

“We made sure that the gym wasn’t booked by other athlete groups for practice and that it was a space that was inviting to newcomers,” Lee said.

Lee emphasized the importance of SSM in giving survivors and allies the tools they need to build safer spaces.

“I just became really interested in it because it’s an issue that I’m really passionate about. Providing a safe space for everyone on campus is really important, because first and foremost, Wesleyan is an academic institution, and the only way for someone to thrive academically is for them to be able to feel safe,” Lee said.

Lee noted that while discussing survivor solidarity on campus is crucial, the conversation cannot stop there, and these dialogues may be difficult to transfer to outside the University. Lee acknowledged her struggle discussing survivor solidarity terms with her family. She mentioned that on a campus where most people know what a trigger warning is, dialogues around sexual assault can look different.

“I think the event that I enjoyed the most was called, ‘Let’s Talk Survivor Solidarity at Home,’” Lee said. “I think the reason why I enjoyed that so much is because I really struggled with that at home. The language and vocabulary at Wes, I feel, is very isolating, and it’s not necessarily something that can be transferred back home for a lot of people. So just talking about how you can bring this ‘Wes’ vocabulary about survival solidarity to a home that’s typically more conservative and maybe not so open about talking about these types of issues and sex in general.”

Another event was an intimacy training session, led by intimacy choreographer Alexa Trujillo ’22, who also co-led a panel on intimacy alongside Luna Mac-Williams ’22. Trujillo was scheduled to lead the workshops last year but was unable to do so due to the COVID-19 pandemic.

“Survivor Solidarity Month is important to me since it opens up space for people to find community with others who can come closest to truly understanding how the fear and trauma of your experience can impact your life,” Trujillo wrote in an email to The Argus. “But I felt it was more important to hold a similar, but different role this time around. I made it my mission to teach people how to fight for survivors beyond this month, beyond the schedule of workshops and trainings and panels.”

Trujillo highlighted that intimacy in performance allows survivors to be held and to reclaim their agency, while creating environments that disrupt patterns and systems of harm.

“Once you have been somewhere like that, you gain tools for how to create others in your outer circles,” Trujillo wrote. “That impact is the dream I hold. It’s why intimacy choreography is important to me, and why I think it is crucial to get right.”

Trujillo hoped that both the intimacy training session and panel would improve how the University’s film and theater departments handle intimacy choreography, specifically in giving more agency to survivors.

“[Intimacy choreography] is an important tool in survivor advocacy since it allows for a small piece of agency over one’s body, movements, and emotions to be taken back by the survivor,” Trujillo said.

Both Trujillo and Lee stressed that creating spaces where survivors have agency is crucial for survivor solidarity and creating more inclusive spaces on campus.

“The opportunity to leave a room when you’re uncomfortable or giving space for people to talk about their experiences, without them feeling judged or feeling gaslit, I think all of those things, kind of encapsulate what it [survivor solidarity] means to me.”

Readers can still access SSM workshops by emailing Lee at clee04@wesleyan.edu for recording of the Zoom events.