Students to Present at Fourth Annual Power of Language Conference 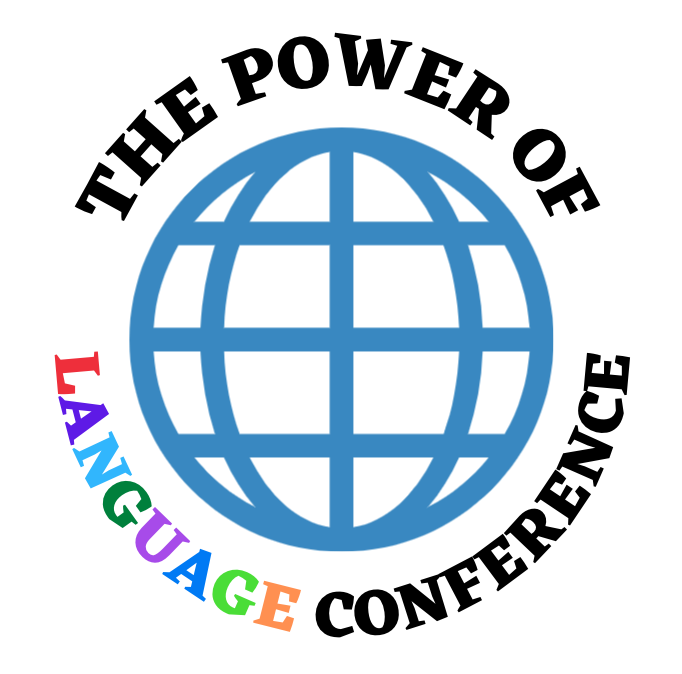 The fourth annual Power of Language Conference will be hosted by the Fries Center for Global Studies on Saturday, April 10, beginning at 9:30 a.m. The conference will be livestreamed on Zoom; however, students who register in advance will be able to attend the event in person in Fisk Hall.

The annual Power of Language Conference began in 2018 as an opportunity for students to showcase multilingualism and language learning at the University. This year, there are seven panels and one performance scheduled to take place throughout the day. Nine Wesleyan students will present a range of research on language, along with graduate students, Foreign Language Teaching Assistants (FLTAs), and faculty from other Connecticut universities.

“This conference really showcases the amazing language programs at Wes!” Power of Language Conference Master Schedule Subcommittee member Megan Levan ’22 wrote in an email to The Argus. “There are so many languages offered here, and it is really fun to see what kinds of neat things people can do with what they learn.”

Assistant Director of Intercultural and Language Learning Natalia Roman Alicea explained that language learning is a powerful way for individuals to approach different cultures and perspectives more thoughtfully and empathetically, a function she believes is especially important during a period of deep divisions.

“Learning a language allows you to see the world through the lens of another group,” Roman Alicea said. “And that’s something that is so, so important, especially as we face this pretty divided nation when it comes to ideologies and opinions and perspectives. I would say just the process of learning a language turns you into a better communicator, which means you can build better interpersonal relationships, and in general, be better equipped for leadership, for employment opportunities, for building relationships with people, which is really the point of existing as a human being.”

While last year’s Power of Language Conference was cancelled due to the University’s closure of campus with the onset of the COID-19 pandemic, conference organizers prioritized speaking with last year’s potential presenters to gauge their interest in participation and encouraged students who missed the opportunity to speak at the 2020 conference to reapply.

“We just decided to pick up where we left off last year,” Roman Alicea said. “And the first thing we did was reach out to those presenters and performers from last year to see if they were interested in reapplying.”

In addition to the student speakers who reapplied, the conference also received a large number of applications from first-year students.

“We were really excited that frosh students were so interested in presenting, and I do have to say that I think this is partially due to some of the faculty push,” Roman Alicea said.

Roman Alicea also explained the effort to plan for a hybrid event, detailing the COVID-19 safety protocols, such as social distancing, mask wearing, hand washing, and sanitizing. Student moderators stationed at Fisk Hall will facilitate the Q&A sessions with speakers, in addition to making sure all of the protocols are being observed.

Many of the student presenters will speak at the conference about projects they conducted in classes across various academic disciplines.

Panelist Matiza Sacotingo ’21 wrote a paper in Visiting Assistant Professor of French Tina Montenegro’s class last semester about the intersection of language and quality of healthcare. Her presentation, titled, “In Medicine, the Official Language Must Be That of the Patient’s” will explore these themes.

“At first, I didn’t want to be a part of the conference because I am shy, but I realized that it is not about me, and rather it is about those who are negatively impacted by the barriers of language in accessing quality healthcare,” Sacotingo wrote in an email to The Argus. “So, that really pushed me into applying for the conference.”

Examining the evolving nature of language and the role of power dynamics, panelists Amina Mednicoff-Misra ’24 and Joshua Grajales ’24 will be delivering a presentation called “Word Mutation,” which they collaborated on in the first-year seminar “How Language Works.”

“This topic is really important to me, because first of all, I just find the way language evolves and adapts over time extremely intriguing, and also, from a sociolinguistic perspective, it’s super important to recognize that people in power often use language as a tool of oppression,” Mednicoff-Misra wrote in a message to The Argus. “Powerful groups set the dialects and languages that are deemed socially acceptable in a particular place, and not only discriminate against but also put up barriers preventing those who speak different dialects/languages from accessing societal resources. These same powerful groups often hold the belief that language shouldn’t be allowed to evolve, because they want to conserve their unjust power.”

Grajales emphasized the importance of language as a form of self-expression.

“Languages are the means by which people exchange ideas with others,” Grajales wrote in a message to The Argus. “Equally important, language is a projection of our personalities and interests. Language is the manifestation of communities’ emotions in a given time.”

Danielle Gozzo ’21, another panelist, will be sharing her work in a presentation called “Bilingualism and Morality.” Gozzo is currently writing a psychology senior thesis on the relationship between bilingualism and moral decision making in young children.

“Language can both consciously and unconsciously influence aspects of thought and decision-making,” Gozzo wrote. “The interaction between language and thought is complex and at times unexpected, which only makes it a more worthy subject of examination.”

Kyle McGregor ’24 will be presenting a talk which brings together his studies of astronomy and Italian. McGregor’s portion of the conference, called “Galileo Galilei and the Power of the Italian Language,” will focus on Galileo and the language in which he conducted his work.

“I am a prospective Astronomy major, so I thought it would be cool to do a talk about Galileo and Italian, since I also speak the language and since Galileo was so foundational towards how we do modern science—he vastly improved the usage of telescopes to gather observational data and promoted experimentation through the scientific method to question the antiquated views on Astronomy and Physics in his time,” McGregor wrote in an email to The Argus. “By writing in Italian, too, he challenged the Catholic Church’s teachings that the Earth was at the center of the universe, by allowing anyone to understand his publications.”

Panelist Annie Ezzell ’24 speaks four languages and has been trying to retain her skills during the pandemic. Her presentation, called “My Experiences with Virtual Immersion: Utilizing Online Resources, Maintaining Learning Communities, and Staying Engaged Remotely.” Ezzell’s presentation will explore the ways she has adapted her language learning over the past year, particularly in light of the COVID-19 pandemic.

“I am going to cover the ways I’ve modified my Spotify account to cater to my linguistic needs, how and why I discovered a wealth of classicists publishing helpful ancient language blogs and teaching tools, and just generally how it has felt to spend 10+ hours a week trying to communicate in Russian over Zoom,” Ezzell wrote in a message to The Argus. “My presentation isn’t based on an academic paper, but rather my experiences—my goal is to inspire others with similar language goals [to] find the discipline and resources to pick up foreign or ancient tongues completely online.”

Not all languages presented at the conference will be spoken ones. Anna Marti ’22 and Isis Gaddy ’21 will discuss the importance of sign language in a talk called “What If Everyone Knew Sign Language?”

“I wanted to make sure ASL [American Sign Language] was represented,” Marti wrote in an email to The Argus. “As a hearing person, I am cognizant of my positionality on speaking about ASL and d/Deafness. I am aware of my role as an ally to the Deaf community, and I try to leverage the language and Deaf culture without speaking for anyone in that community.”

Marti spoke also to the often overlooked intricacies and complexities of ASL.

“I want the Wesleyan community to know that American Sign Language is a language with its own rules and conventions as complex as any spoken language,” Marti wrote. “It is just one sign language, but there are many different sign languages across the world.”

Roman Alicea also emphasized the importance of the diversity of languages and topics presented at the conference. Each presentation will expose the audience to new ideas or schools of thought which will help broaden their world view.

“Overall, the idea behind the conference is to share ideas and to be exposed to interesting ideas that you may have not had access to if you didn’t step out of the classroom or step out of your home, or just sort of seek out diversity and perspective,” Roman Alicea said. “So I think the Power of Language Conference is a jam packed day of a variety of really interesting ideas related to either multilingual living or language learning.”

For anyone interested in attending the conference, you can register at bit.ly/WesPOL2021.