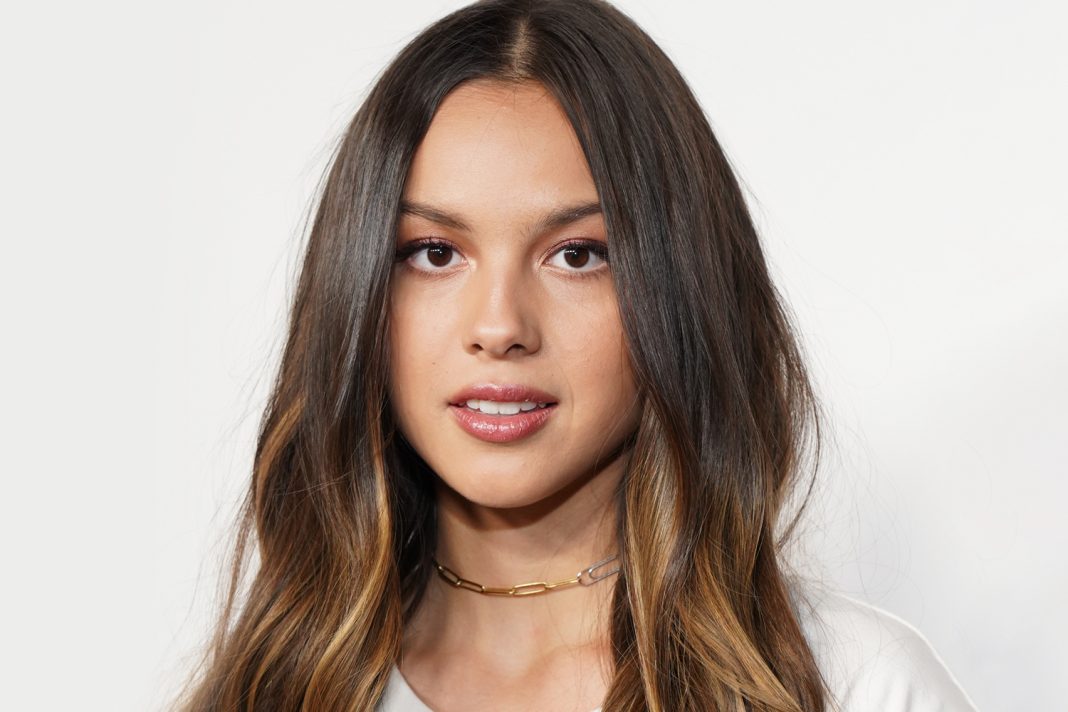 Rodrigo became an overnight pop star after releasing “drivers license” on Jan. 8 of this year. The song topped—and continues to top—charts worldwide, catapulting the teenager into the spotlight. Rodrigo’s face smiles down from billboards and her voice rings out everywhere, from your local T.J. Maxx to your car radio. If you don’t think you’ve heard “drivers license,” think again.

Although “deja vu” has also made it into the top tier of national and international pop music charts, it’s gotten nowhere near the acclaim that “drivers license” has. Perhaps rightfully so: many elements of the song are lacking in comparison to those of its predecessor. It’s hard to look at “deja vu” as a standalone track, as it largely exists in the shadow of “drivers license” because both songs are about heartbreak. In “deja vu,” Rodrigo laments a past relationship and the pain of seeing an ex move on. Rodrigo asks her ex if he gets “deja vu” when he’s with his new girlfriend.

“So when you gonna tell her, that we did that too? She thinks it’s special, but it’s all reused,” she sings in the pre-chorus.

Throughout the song, Rodrigo describes how she is connected to this other girl through her ex, fixating on what they must be doing together. The connection between the two women is personal, even if they have never met.

“I made the jokes you tell to her when she’s with you,” she continues in the pre-chorus.

The song’s emotional pre chorus and chorus are both ethereal and heart-wrenching. They remind me of “Girl Crush” by Little Big Town, a song that explores a similar fixation on an ex’s new partner.

“I wanna drown myself in a bottle of her perfume, I want her long blonde hair, I want her magic touch, yeah ‘cause maybe then you’d want me just as much,” sings Little Big Town in the chorus of “Girl Crush.”

Little Big Town’s imagery feels more mature than Rodrigo’s, and reminds us that the young singer-songwriter is barely 18. Her music isn’t overtly sexual, but that doesn’t mean it’s not intimate. In the “deja vu” music video, Rodrigo spies on and copies the actions of another girl, played by Talia Ryder. She puts on the same dress as Ryder, watches her on TV screens, and imitates her movements as she runs her hands through her hair. It’s obvious that she wishes she could be this girl, and her jealousy leads to what looks like a crush. However, Rodrigo eventually realizes that Ryder has taken her place completely, and smashes the TVs with videos of Ryder into smithereens with a sledgehammer.

Throughout the song, Rodrigo’s anger is raw, young, and strikingly honest. Her lyrics are specific to the point of confessional, and it is clear that the story she tells is largely autobiographical.

Still, the song lacks consistency, with verses and a bridge that do not measure up to the impactful chorus. Rodrigo’s imagery in her verses and bridge are precise: car rides to Malibu, strawberry ice cream, trading jackets. She puts the listener in her shoes, but makes us regret being there moments later, when she makes a reference to watching “Glee.” While I appreciate the raw honesty, this detail makes me cringe. While part of me wants to acknowledge her goofiness, I’m not sure if it belongs in this particular song. Or, maybe I’ve just never had an emotional attachment to “Glee.”

The part that threw me off the most was Rodrigo’s lyric about showing her ex Billy Joel’s music and how he probably plays that same music for his new girlfriend. She even says she introduced him to “Uptown Girl,” as if it’s an indie song buried in a niche Spotify mood playlist. It’s kind of hard to not know Billy Joel, and I can’t imagine introducing the famous artist to someone and then referencing it in a song. Lyrics like these take listeners out of the song’s world and away from Rodrigo’s narrative, weakening the experience as a whole.

This is disappointing, because the idea of having “deja vu” in a relationship is a great concept that could’ve been more relatable with better lyrics, since wanting to be remembered after a relationship ends is a common experience. There are moments in the song when Rodrigo hits the nail on the head.

“I know you get deja vu,” Rodrigo belts out in a Taylor Swift-inspired rhythm, showcasing her amazing vocal ability while also conveying a sense of desperation. She sounds like she’s trying to convince herself that her ex is reminded of her in the ways she is reminded of him. It’s somehow angry, desperate, and upbeat at the same time.

Beyond the music itself, the drama surrounding Rodrigo’s new songs is making headlines. Many speculate that Rodrigo isn’t referring to an imaginary ex and his new girlfriend: she is talking about past Disney Channel costar Joshua Bassett and his rumored girlfriend Sabrina Carpenter, who is also a Disney star. In “drivers license,” Rodrigo sings of “a blonde girl” who is “so much older” than her, and adds onto this description in “deja vu,” when she describes the new girlfriend as an actress.

Then again, she’s only 18. She’s a senior in high school publicly recovering from heartbreak. She just learned how to drive a car. It’s hard to find a balance between giving Rodrigo room to grow and expecting more from her after “drivers license.”

Although I have mixed feelings, “deja vu” is going onto my “Driving” playlist, just not my “Songs to Scream in the Car” playlist, as “drivers license” did. “drivers license” is the cathartic teenage breakup anthem that seventeen-year-old me would have sobbed over for hours. “deja vu” is nice, and Rodrigo sounds amazing, but it doesn’t make me want to cry or roll the car windows down and scream the lyrics with my friends.

Despite the shortcomings of “deja vu,” Rodrigo deserves support and love for the music she puts into the world—I just hope she makes more of it, even if her future songs are just as lackluster. We have to cut the girl some slack; after a hit like “drivers license,” anything would sound lackluster. That’s just what happens when you write an awesome song.

While “deja vu” by Olivia Rodrigo is no “drivers license,” the song makes one thing clear: Rodrigo is not a one-hit-wonder. She is here to stay, and I can’t wait to see what she does next.