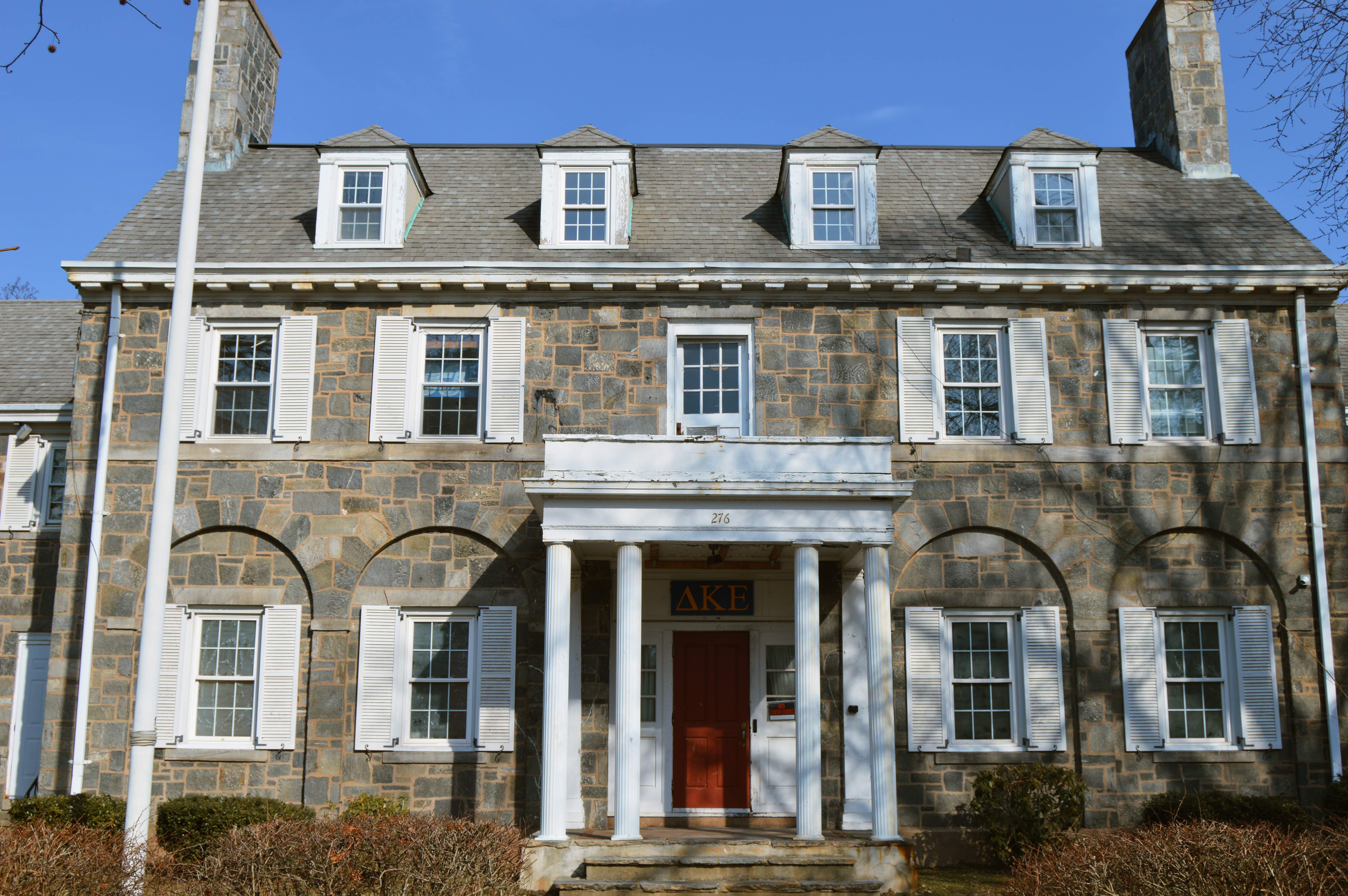 The Connecticut Supreme Court released a decision for the Kent Literary Club et al. v. Wesleyan University et al. court case reversing the previous judgment, which had ruled in Delta Kappa Epsilon’s (DKE’s) favor, and sending the case back to a trial court for additional proceedings. This verdict, released on Friday, March 5, comes after six years of legal proceedings by the Kent Literacy Club (KLC), the alumni chapter of DKE, against the University. The verdict also comes three months after the University suspended DKE for two years following the fraternity’s violation of the University’s COVID-19 guidelines and hazing policy.

The conflict between the University and the KLC dates back to 2014 when the University announced that all residential fraternities on campus would have three years to become fully coeducational. This decision sparked a series of negotiations between the KLC and the University regarding the fraternity’s implementation of coeducation. The two parties were unable to reach a mutual agreement, and the University removed the property at 276 High Street—which is owned by the KLC and housed DKE members at the time—from the list of authorized student housing options for the following academic year. Until their recent suspension, DKE continued to operate on campus as a non-residential student organization.

In February 2015, the KLC filed a lawsuit against the University seeking damages, attorney’s fees, and injunctive relief for breach of contract, misrepresentation, and deceptive practices. The University’s primary defense was the Greek Organization Standards Agreement, which requires all Greek organizations to comply with University rules and policies and which can be terminated by either party upon 30 days notice. Since DKE had signed the agreement, the Connecticut Supreme Court said that it was within the University’s right to end the housing contract.

The case was argued in June 2017 at the Middlesex Superior Court, which ruled in favor of the KLC. The court stated that the University had violated the Connecticut Unfair Trade Practices Act (CUPTA) and ordered the University to pay $386,000 in damages, as well as $411,363 in attorney fees and costs. The court also issued a mandatory injunction, requiring the University to enter into a new contract with the KLC and DKE. The contract allowed the fraternity to house members at the High St. property, giving DKE  three years to implement a co-education plan.

The University appealed this decision, motioning for review in the Appellate Court, but then requested the case be transferred to the Connecticut Supreme Court. On Wednesday, May 1, 2019, the case was argued in front of the Connecticut Supreme Court. During this appeal, the University’s representatives raised various claims concerning the trial jury’s instructions and the sufficiency of the KLC’s evidence. The Friday, March 5, 2021 decision supported these claims.

“We conclude that, although there was sufficient evidence for the jury to find the defendants liable, the trial court failed to properly instruct the jury regarding the legal effects of the parties’ contract and the proper means of calculating damages,” the decision reads. “Accordingly, we reverse the judgment of the trial court and remand the case for a new trial.”

The Connecticut Supreme Court’s decision also highlighted that the jury should not have forced the University into a contract with DKE and the KLC, citing that a mandatory injunction should be issued with caution and was not appropriate in the context of the Greek Organization Standards Agreement.

“Applying these principles to the present appeal, we conclude that the trial court abused its discretion in issuing an injunction that requires Wesleyan (1) to reinstate the DKE House as a program housing option (2) to enter into a new Greek Organization Standards Agreement with the Plaintiffs, and (3) to afford the plaintiffs three years in which to coeducate,” the decision reads.

In addition, the Connecticut Supreme Court ruled that the jury inappropriately awarded damages to the KLC. The decision stated that the University could not have been found liable for damages outside the negotiation period, during which the KLC accused the University of acting in bad faith because the KLC’s right to house students at their property was fully grounded in the Greek Organization Standards Agreement. The contract gave the University the right to terminate its agreement with DKE at any time.

“Kent’s potential recovery is [limited] to any documented costs it accrued during that negotiation period in reliance on Wesleyan’s alleged misrepresentations,” the decision reads. “To the extent that the jury was not instructed accordingly and the damages awarded exceeded those that were proven to occur during the negotiation period in detrimental reliance on Wesleyan’s alleged misrepresentations or bad faith conduct, the judgment is not sustainable.”

An article in the University Newsletter stated that the University was pleased with the decision and hopes that this ruling will mark the end of the case. In explaining why the University originally mandated all residential fraternities become co-educational, the article stressed the formative power of residential organizations on student experience, while also citing safety concerns.

“The university saw no reason why these experiences should be confined to male residences or offered only on a ‘separate but equal’ basis,” the article read. “Furthermore, Wesleyan was also well aware of the safety issues that had occurred at the fraternity houses, which the institution had an obligation to address.”

The defendants—University President Michael Roth ’78 and Dean of Students Mike Whaley—denied requests for further comment due to the possibility of continued litigation. However, the same newsletter article emphasized the University’s desire to uphold a safe space for all.

In a statement to The Argus, the KLC board expressed their disappointment with the decision.

“We feel vindicated that the [Connecticut] Supreme Court upheld the jury verdict delivered by unanimous decision that the administration made and broke promises to DKE, was unfair and deceptive, and tortiously interfered with DKE as a private business entity,” the KLC board wrote. “These findings were not reversed by the Supreme Court.”

Though the findings were not reversed, the action required by the University was overturned.

In the statement, the KLC also referenced their coeducation plan, submitted on July 7, 2015, as evidence against the University’s accusations that the KLC was reluctant to coeducate.

“Six years ago, DKE submitted a detailed coeducation plan that committed half its beds to female undergraduates who wanted to live in the house—a plan that the administration has refused to discuss with us,” the statement read.

In 2019, President Roth’s office refused to comment on the 2015 coeducation proposal. The KLC board also wrote that in the past three years they have developed a design, engineering, and construction plan to renovate the 276 High St. property into suite-style living.

“The DKE alumni are prepared to completely fund this project,” the statement said. “Again, the administration has refused to discuss these plans with us. We find it perplexing that the administration steadfastly refuses to engage in good-faith discussions when we have acceded to all the substantial gender equity demands purported to be important to them.”

The KLC board added that they will continue to pursue litigation.

“We will once again reach out to the administration to find a path forward,” the board wrote to the Argus.  “However, if they are still unwilling, we will pursue all legal remedies available to us as directed by the Supreme Court.”

No further court date has been set at this time.

Sara McCrea can be reached at smmcrea@wesleyan.edu

Eliza Kuller can be reached at ekuller@wesleyan.edu