When Datamatch Met the Marriage Pact: A Tale of Two Dating Algorithms

If you were on campus this semester, you spent your Valentine’s Day quarantined in your room. There were no parties, no fancy Usdan dinners for $19.25, and, for many, no valentines. Luckily, two student groups, the Marriage Pact and Datamatch, brought online matchmaking services to campus to stir the romance pot. 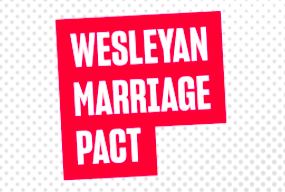 Marina Williams ’21 first heard about the Marriage Pact from a fellow senior who was asked by friends at Stanford University to bring it to Wesleyan. The Marriage Pact algorithm was developed in 2017 by Stanford students and uses psychology, market design, and computer science to pair participants with their one true match. Unlike other matchmaking services, the Marriage Pact gives users only one match and is based solely on core values, eliminating the choices one has to make while swiping through other dating apps.

“Many dating apps are like, ‘oh, what are your interests’ [or] like ‘this person’s cute,’” Williams said. “I love the idea that it was more so your last resort.”

Essentially, the idea behind the program is that if you don’t find someone to marry by a certain age cut-off—30, for example—you would honor the “Marriage Pact” by getting together with the person you matched with.

After reading a Vox article about the Marriage Pact, Williams recruited Danielle Rinaldi ’21 and Danny Banks ’22 to help her run it. This has only been the Marriage Pact’s first year at Wesleyan, but the team was able to get 1,236 sign-ups, approximately half of the students who are on campus this semester.

“I think the one thing that we’ve always stressed is that it’s not the cheesy stereotypical Buzzfeed questions—like there are actual deep questions that are asked on the questionnaire,” Rinaldi explained.

The Marriage Pact survey is a series of about fifty questions covering a variety of topics, including how users feel about fame, their hypothetical partner’s drug use, private school, the Wesleyan Honor Code, and how long to wait to have sex.

“It asks nothing about my interests…it’s literally like ‘are you pro-choice or not?’ It’s coming down to the nitty gritty and seeing if you would really be compatible with that person on the core [values] end,” Williams said.

After signing on to launch the Marriage Pact at Wesleyan, the students attended meetings for campus reps from across the country and had a week of orientation and marketing meetings, where they brainstormed Wesleyan-specific ways to advertise to students. They wanted to make sure every Wes student heard about the new service and were led through new techniques to market to the whole school.

“We especially tried to think of people from different class years, since for [first years] this is a hard time for them,” Rinaldi said. 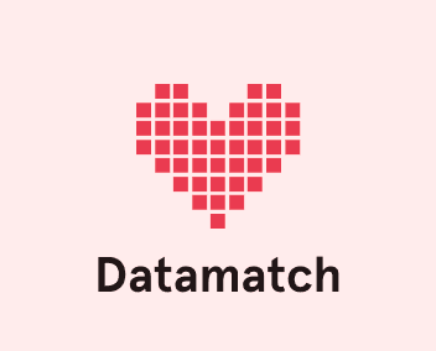 Meanwhile, those in charge of Wesleyan’s Datamatch (also a dating algorithm pairing students together) have a slightly different philosophy. While the members, Kyron Roberts ’21, Liam Caplan ’22, David Lepelstat ’22, Mahey Gheis ’22, and Chad White ’23, are not savvy about the inner workings of the algorithm, they had full control over the questions they asked.

“We did our best to make it funny,” Caplan said.

Datamatch includes under half the number of questions the Marriage Pact asks, with the instructions at the top specifically telling students not to overthink their answers. Questions on this survey include “Which Wes rumor do you secretly believe?” and “Favorite way white Wes students do performative activism?”

Initially unsure if they were going to bring Datamatch back for a second year following the project’s launch in 2020, the group credited its return to the persistence of the students at Harvard.

“I think last year people went in with really high expectations, because we were like ‘you are going to find your soulmate, do this,’ and then it seemed like that didn’t happen, so there might have been a little bit of backlash, and then there were some things said about us on Wes Twitter, so we were a little ‘should we jump [back] in?’ But the Harvard people gave us no choice,” Leplestat explained.

The members of Wesleyan’s Datamatch got involved because they all do comedy on campus. Last year, the student leaders at Harvard reached out to Gag Reflex, an improv comedy group that Caplan, Lepelstat, Roberts, and White are in, to adapt Datamatch for Wesleyan students.

“They were looking for this to be, you know, not like a matching service in terms of your answering super serious questions and giving the innermost facts about yourself…. It’s supposed to be like these are funny questions, and perhaps the way you answer a funny question compared to someone else, you may find someone with the same sense of humor,” Lepelstat said.

The students at Harvard may be questioning their decision to reach out to this group of comedians as the Wesleyan Datamatch team tried to push the limits with the questions they submitted.

“We were kind of playing a game of how far can we go before they tell us it’s too inappropriate,” White laughed.

“We weren’t sure if we should make them all jokey or have some that were influenced by your personality, but then we just decided to go all jokes,” Gheis said.

An algorithm that matches you with someone based on your sense of humor might be onto something—614 students signed up this year. Whether or not you found love on Datamatch this year, it’s clear that its members had a great time making it.

“We were scrambling to finish because we had such a good time making it,” Roberts remarked.

“It was such a blast. We were like ‘maybe we’ll do a quick Zoom,’ and then we were on there all night,” Lepelstat added. “If people have a quarter of as much fun taking this as we had making it, they’ll have a wonderful time.”

In a campus-wide quarantine and during a stressful pandemic, the Marriage Pact and Datamatch offered students a fun distraction and, potentially, love.

“Especially [while] being in quarantine, we thought it would be such a perfect way to start off the last semester and have people excited while they’re isolated right now,” Williams said.

The Datamatch team echoed this sentiment.

“You’re not meeting people, you know what I mean? Even if you just do it for friends, there’s like 10 new faces you probably haven’t seen. Even for freshmen, I think it’s fun to see. Also, I think there’s a reduced risk of [running into] someone you matched with,” White remarked.

But is there enough room for two dating algorithms on campus? Datamatch has an extra year under their belt, but its members welcomed the Marriage Pact to campus.

“Marriage is an outdated institution, and we came here last year promoting this service from a prestigious university, and then all of a sudden this other group just waltzes right onto campus with their own service from another university,” Lepelstat joked. “We welcome it all, let’s just see what algorithm wins this semester.”

White spoke of a “the more the merrier” approach.

“I’m filling out Marriage Pact still. It’s friendly competition…. The more match-dating-things that are on campus, the more fun people get to have. It’s for the people,” White added.

The Marriage Pact and Datamatch leaders, for better or for worse, are currently the people responsible for our love lives. While we are all locked away in our rooms, both websites provided some time to check out from our workload and the pandemic and laugh with our friends about our matches. When the matches were released, students took to social media to revel in the successes and failures of the matching services.

Both groups talked about the legacies they want to leave by bringing the services to campus.

“I hope it outlives us. I hope our legacy allows it to continue,” Gheis said.

We’re already looking forward to the return of the Marriage Pact and Datamatch next year, when hopefully, instead of spending Valentine’s Day with our roommates, we’ll be spending them decorating Usdan cookies with our matches.

Olivia Luppino can be reached at oluppino@wesleyan.edu