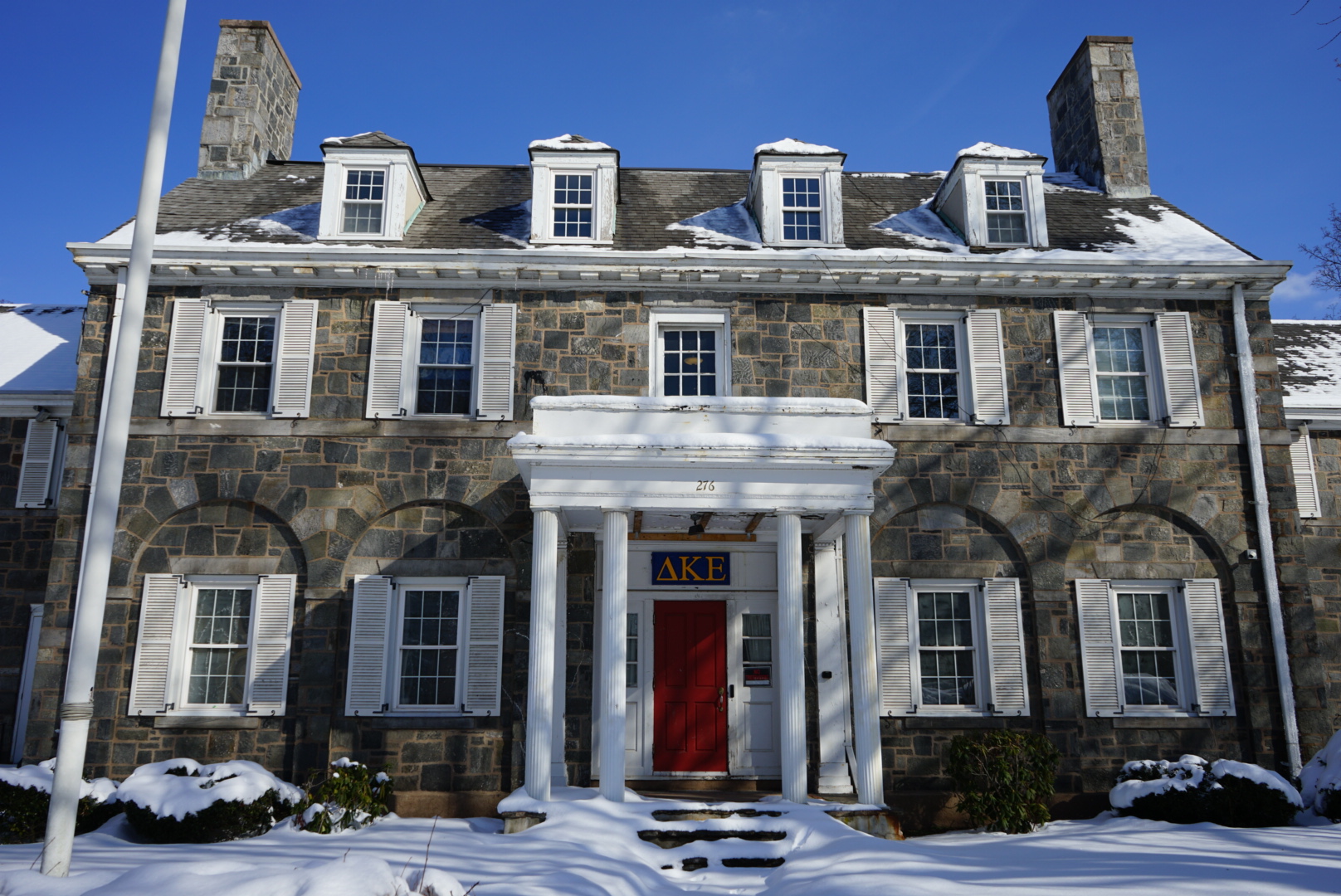 The University has suspended the Gamma Phi chapter of Delta Kappa Epsilon (DKE) for a minimum of two years, according to Dean of Students and Associate Vice President Rick Culliton. The ruling resulted from the Community Standards Board’s December 2020 decision to charge the fraternity with violating the COVID-19 student agreement and the University’s hazing policy, following an initiation scavenger hunt on Sunday, Nov. 15. The decision was appealed, but according to Associate Dean of Students and Residential Life Director Fran Koerting, who was the group sanctions advisor for the case, the appeals board found no issues with how the cases were adjudicated.

DKE’s initiation scavenger hunt breached two of the University’s policies. First, it violated the University’s Fall 2020 limit on travel outside of a 25-mile radius, as the fraternity encouraged pledges to collect clues in multiple cities, including Boston, Providence, and New York City. The event was also in direct violation of the University’s policy on hazing, which bans activities such as quests, treasure hunts, scavenger hunts, or road trips. The pledges participating in the scavenger hunt had been recruited by DKE during the Spring 2020 semester, but because of the campus closure in March, they had not yet been inducted into the organization.

According to Culliton, the Community Standards Board found 22 students responsible for their individual actions, two of whom were suspended.

“When there is a student conduct incident that involves potential individual and organization culpability, the Community Standards Board will often make the determination to charge both the involved individuals as well as the organization,” Culliton wrote in an email to The Argus. “Individuals who belong to a group could be found responsible for their individual behavior and, when activity is determined to be attributable to the organization, the organization can be held accountable as well.”

A DKE pledge who participated in the scavenger hunt discussed his involvement in an email to The Argus on the condition of anonymity.

“[Pledges] were assigned destinations to drive to in small groups for our activity, most of us lived together already anyways, as well as wore masks and attempted to socially distance as well as possible,” the pledge wrote. “We drove for a bit and then received a call that Public Safety knew we were gone. Understanding that continuing our activity would have been unwise, we turned our cars around on the highway and immediately reported back to campus, never exiting the vehicles outside of the given 25-mile radius.”

The source also wrote that none of the pledges considered the event to be hazing and that he felt the charges were unfair. The other pledges did not respond to requests for comment.

“Every single pledge received at least [six] points and disciplinary probation, and some received more,” the pledge wrote. “All Wesleyan students understand how detrimental that is, and it basically means if we make one wrong move we are kicked off-campus. The contradictory factor is this: if you’re going to charge the [Executive]-Board members with hazing, then how can you so harshly punish the victims? You can’t have it both ways.”

Koerting responded to this statement, emphasizing that the pledges were not charged for hazing violations.

“The pledges were charged with violating the COVID code of conduct,” Koerting wrote in an email to The Argus. “They had the ability to not participate in an activity they knew was against COVID policies. They had already told the organization they did not want to be put in that position before the event even happened.”

Danny Banks ’22, the fall 2020 president of the University DKE chapter, declined to comment, claiming that he had no involvement in the incident. All other Executive Board members did not respond for comment.

The DKE fraternity’s alumni chapter, the Kent Literary Club (KLC), and the University are currently awaiting a decision on a case argued before the Connecticut Supreme Court. KLC filed the lawsuit after the University removed DKE from the residence of 276 High St. due to their resistance to the Greek life co-education plan. This incident and hearing do not impact the case, as it was fully argued before the court in May, 2019.

Eliza Kuller can be reached at ekuller@wesleyan.edu.

Sara McCrea can be reached at smmcrea@wesleyan.edu.