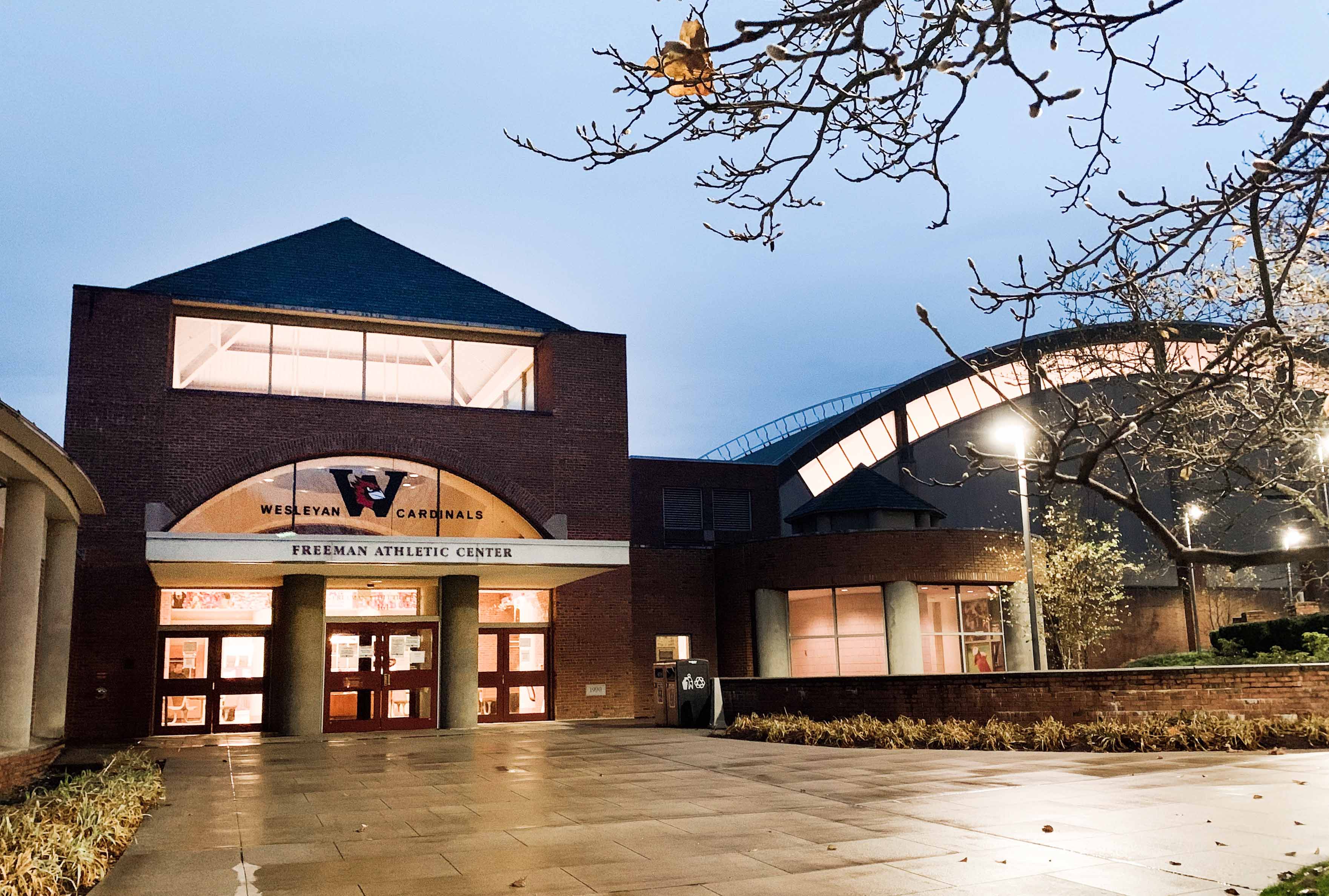 The University’s Student Athletic Advisory Council (SAAC), a group that represents student-athletes in conversations with University administration, released a letter on Jan. 23 requesting that intercollegiate play be resumed for the spring athletic season. Addressed to President Michael Roth ’78 and other NESCAC officials but shared on the SAAC Instagram account, the letter immediately sparked significant controversy.

While Roth announced the cancellation of spring intercollegiate play in an all-campus email on Jan. 27, the four days after SAAC released the letter instigated tension within the campus community, both between non-athletes and athletes, and among athletes themselves.

The letter was primarily authored by SAAC presidents Ben Shapiro ’21, Jordan Ansell ’21 and Nikki Gerjarusak ’21, but was signed “The Student Athletes of Wesleyan University.” It implored the University to break with precedent from the fall and winter seasons in allowing spring athletes to compete.

“Wesleyan has offered us the opportunity to not only develop our academic prowess but also to foster healthy competitiveness within our university and the NESCAC league,” the letter read. “Through the teamwork of student-athletes, coaches, and the administration, we adequately handled the COVID-19 threat this past fall and we believe that we can once again work together to craft a solution to safely conduct competitive athletics in the spring.”

The authors cited Wesleyan’s small size and successful COVID-19 testing regimen, the decisions of other Division III leagues to allow competition, and mental health concerns from a season without games as evidence to substantiate their argument.

Shapiro, Ansell, and Gerjarusak all declined to comment, stating that they felt they did not feel comfortable making a statement after the way they were treated on social media following the letter’s release. The Argus also contacted several other members of SAAC leadership, all of whom either declined to comment or directed the Argus to a statement the group released for clarification purposes on Jan. 26.

The initial letter incited outrage across the campus, both among non-athletes and among athletes who said they had no knowledge of the letter prior to its publication.

“My initial reaction was with the signature,” field hockey captain Alex Ramsden ’22 recounted. “It was signed ‘Student Athletes of Wesleyan,’ and for me, my first thought was ‘that’s me and I didn’t know what this letter is.’ And that’s how a lot of athletes felt, [that] our community signed off on a letter that a very small group of people wrote.”

In that follow-up statement (posted on SAAC’s Instagram account), the group asserted that all members of the committee, in which most but not all varsity teams are represented, had the opportunity to provide feedback to the letter. However, multiple student-athletes and SAAC representatives acknowledged a disconnect in communication between SAAC leadership and rank-and-file representatives.

“The letter was proposed to the SAAC reps with the language that it was being written and we were invited to help write it if we wanted,” track and field SAAC representative Noah Olsen ’22 wrote in a message to The Argus. “We were not asked if we had objections, but I should have taken the liberty then to express my concerns and that is on me. When SAAC decided to post a follow-up statement I suggested a full apology be made and received no response.”

Bryan Chong ’21, a member of the men’s golf team, emphasized that the initial draft of the letter never received affirmative approval from many SAAC representatives in the group chat in which it was initially shared.

“It’s a demand, right? It’s obviously a demand that’s going to be a little bit controversial. It’s really shocking to me that they would make the decision to do that on the basis of ‘no response equals consent,”’ Chong said of the letter.

Chong also questioned whether the letter should have been written at all, given the circumstances of the COVID-19 pandemic.

“I don’t think it’s inherently wrong for the student athlete community to ask the school for more things,” Chong wrote. “That in and of itself is not necessarily wrong. But in the backdrop of how much the athletic community has already received in support [this season]…To further ask for more resources to develop whatever it is that they already have during a pandemic when a lot of other populations aren’t getting enough…I think the entitlement from that letter is disgusting and unbecoming.”

Olsen said he understood the negative response that many students had to the letter, pointing to the pandemic and to the risks that an intercollegiate season would pose to the community.

“The community response to the letter was strong, sure, but so was the message SAAC released,” Olsen wrote. “When you make a statement promoting the introduction of increased risk to students and the surrounding Middletown community, expect a harsh reaction. It would have been great to avoid the backlash that was created by the letter, but the change that needed to be made was on SAAC’s end.”

On Jan. 24, the Wesleyan Student Assembly (WSA) released a counter letter to President Roth, Provost Stanton, and Director Whalen, discouraging them from heeding SAAC’s request. The letter highlighted a portion of the University’s Student Positive Case Analysis, which stated that students testing positive for COVID-19 were disproportionately underclassmen, male, and athletes. The WSA also included a footnote that encouraged students not to overgeneralize or stereotype members of the athletic community as a result of the information provided in the Student Positive Case Analysis.

The WSA letter was endorsed by over 300 students. On the same day, various spring sports teams posted letters, siding with the WSA. Both the women’s crew team and the track and field team released statements signed by their entire teams.

“As soon as the first letter was posted, a discussion started within the team about how we should respond, given the majority of us were in disagreement with it,” Olsen said. “It was troubling not only to see the content of the letter, but also that it was signed as if it represented all athletes on campus. The team wanted to make a statement of our own to make it clear that not all athletes were represented.”

While many athletes did not agree with either of the SAAC letters, they felt as though the backlash against all athletes promoted generalizations that were unfair.

“It was definitely hurtful that there were these stereotypes about such a large group of people who are incredibly diverse in personality and politics and field of study and intelligence and things like that,” Ramsden explained.

Jeff Haeglin ’22, a member of the swim and dive team, also felt as though the sentiment that all athletes were the cause of most COVID cases was a generalization.

Haeglin also felt that the incident exacerbated judgement against athletes that he had seen before.

“I get that there’s judgement against athletes, but it’s a very weird judgement to have against someone, it’s like ‘I don’t like them’ or ‘they’re an asshole because they play a sport,’” Haeglin said.

“I remember freshman year being like ‘I didn’t really know I was signing up for this,’” Ramsden recounted. “A lot of athletes come to Wesleyan because it’s a diverse campus in so many ways. I didn’t come here to be an athlete, I came here to explore all the things Wesleyan has to offer and I respect the arts, the theater, our debate team. I think there’s a lot of really cool things happening at Wesleyan, and the people I surround myself with, they didn’t come here just to do athletics, and that’s a perception that non-athletes have of the majority of athletes.”

Ramsden also emphasized how this incident highlights the importance of more communication between athletes and non-athletes.