Disaster in Charlotte and an Arms Race in LA: NBA Free Agency Recap 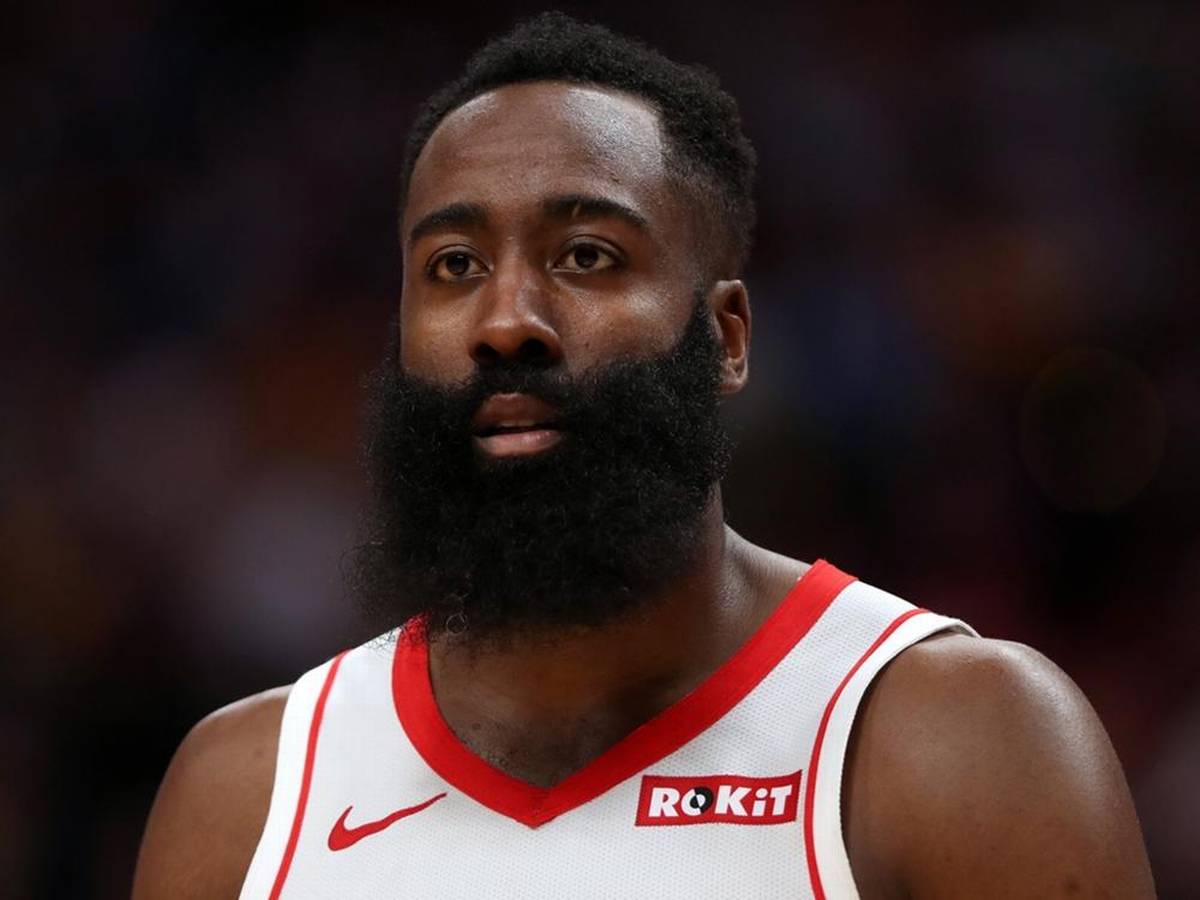 With the NBA quickly rushing through the offseason in order to begin playing once again on December 22, NBA fans were fortunate enough to be treated to a whirlwind offseason, despite a noticeable lack of superstar-level talent on the open market. Last year, players as talented as Anthony Davis, Kyrie Irving and Kevin Durant all changed teams via free agency; this year, perhaps the most desirable player to switch sides is new Houston Rockets big man Christian Wood. Nonetheless, between trade rumors, front-office machinations, ill-advised signings, and a renewed arms race in Los Angeles, there is still plenty to analyze and discuss as the intense free agency period finally begins to wind down.

Have the Bucks Done Enough to Keep Giannis?

Despite being under contract for another entire year, the vultures have begun to circle around the Bucks, hoping to pry two-time MVP Giannis Antetokoumpo free from Milwaukee in the 2021 offseason. Antetokounmpo has until December 21 to sign a five-year “supermax” extension with the Bucks for what could be as much as $50 million per year. If the Greece native turns down such a ludicrous amount of money, it will be a surefire sign that he is heavily considering bolting from the Badger State. Already franchises are salivating at the possibility of Antetokounmpo’s free agency; teams like the Eastern Conference champion Miami Heat and the up-and-coming Dallas Mavericks have largely kept their powder dry this year to preserve cap space for an opportunity to sign Antetokounmpo next summer.

Milwaukee, of course, would prefer Antetokounmpo to commit to an extension no sooner than this instant. Hoping to lock in their franchise player to avoid a potentially turbulent 2020-2021 season, the Bucks looked to make dramatic changes to their roster this offseason. As part of a four-team trade, Milwaukee was able to land analytics darling Jrue Holiday, a stout defender and versatile scorer who should prove to be an immediate upgrade over former guard Eric Bledsoe. However, the cost for Holiday, at best a borderline All-Star with only one year remaining on his contract, was steep; Milwaukee sacrificed three first-round picks and two pick swaps in order to complete the deal. If Holiday leaves (potentially alongside Antetokounmpo) after just one year in the Cream City, the Bucks will be looking at a long and difficult rebuilding period.

The very same night, news broke that Milwaukee had also been able to obtain talented swingman Bogdan Bogdanovic via a sign-and-trade with the Sacramento Kings. In one of the most unusual offseason twists in modern NBA history, however, the deal completely imploded. It’s unclear at this point what exactly happened; while the official explanation so far is that Bogdanovic didn’t agree to the dollar value of the contract, it’s also entirely possible that the league itself scuttled the deal in the face of obvious tampering by the Bucks (the sign-and-trade was leaked four days before Bogdanovic should have even been allowed to speak to Milwaukee about a contract). Regardless, the Bucks front office, now with egg on its face after losing the chance to add Bogdanovic, should be right to worry about whether Antetokounmpo believes the team has done enough to compete for a championship.

Two years ago, the Los Angeles Lakers’ front office was the laughingstock of the league: on the final night of the season, team executive and Lakers’ legend Earvin “Magic” Johnson publicly attacked his colleague Rob Pelinka in a drama-filled press conference before abruptly resigning as president of basketball operations. In the years that have followed, however, Pelinka has shown himself to be far more competent than Johnson once claimed. After winning a title this past season, the Lakers have retooled about as successfully as any champion in recent history, trading for guard Dennis Schröder and adding Sixth Man of the Year Montrezl Harrell and three-and-D-specialist Wesley Matthews in free agency. Schröder and Matthews should slide in easily as improvements over departing Lakers Rajon Rondo and Danny Green, while Harrell could add a reliable scoring option in the pick-and-roll when Los Angeles decides to rest its superstars in an abbreviated season. Across town, the Los Angeles Clippers also improved following an embarrassing playoff collapse, resigning Marcus Morris and adding Serge Ibaka to replace the departed Harrell.

While both Los Angeles teams spent money with a close eye on a championship, the usual suspects in the NBA’s cellar once again demonstrated their complete incompetence. The “worst signing” award is solely in the possession of the Charlotte Hornets, who acquired forward Gordon Hayward on a four-year, $120 million contract via a sign-and-trade with the Boston Celtics. Hayward is still a useful player on a good team–he’s a decent shooter and a crafty playmaker–but he was grossly overpaid to take his talents to North Carolina. After suffering a horrific leg injury in his first game as a Celtic, Hayward has never been the same; he’s diminished athletically, has slid defensively, and has no confidence whatsoever when attacking the basket. In Charlotte, Hayward will have the chance to become the number one option he never was in Boston. It’s fair to wonder, however, whether a team with Hayward as the best player is any more than a first-round out in a top-heavy Eastern Conference.

Houston, We have a Problem

Less than a month into their tenures as general manager and head coach of the Rockets, Rafael Stone and Steven Silas were presented with every team’s worst-case scenario; both their superstar guards, James Harden and Russell Westbrook, demanded a trade. Given that 32-year-old Westbrook’s game is poised to decline as his per-year salary remains in the $40 million range, some portion of Houston’s management probably welcomed the possibility of offloading Westbrook.  Sure enough, that opportunity soon presented itself to the Rockets, as Houston traded Westbrook to the Washington Wizards for John Wall and a protected first-round pick. Wall, once one of the most athletically gifted guards in the league, has not played a game in nearly two years after suffering an Achilles injury in 2018. In essence, this is a pure challenge trade; both Houston and Washington are betting that the other’s oft-injured and overpaid former star will come closer to their former glory after a change of scenery.

Harden, however, is a different story; one of the most efficient and dangerous scorers in the league, he is a perennial MVP candidate who nearly by himself guarantees a potent offense. The Westbrook-Wall swap is unlikely to convince Harden to return (Wall at best is a worse player than peak Westbrook), so the odds are high that Harden will continue to try and push his way out of Houston. That being said, it’s difficult to see a Harden trade out there that makes sense for both sides. Harden himself wishes to play in Brooklyn, making a Caris Levert-centered deal possible for the Nets. Houston, on the other hand, seems determined not to trade Harden unless a true star-level player is coming in return. LeVert, while a promising player, doesn’t quite meet that bar.

Outside of Brooklyn, the Philadelphia 76ers make the most sense as a Harden destination. Former Rockets general manager Daryl Morey is now in charge in Philly, and has already moved aggressively to improve a disappointing team by offloading Al Horford and bringing in Seth Curry. If Morey wanted to look even bigger, he could swap Ben Simmons, a young star with serious fit issues in Philadelphia, one-for-one with Harden. Such a move, however, might still be premature for the 76ers; it would be logical for Morey to give the Simmons–Joel Embiid pairing one more shot before blowing up Philly’s foundation for an older star. For the time being, Harden will likely stay grounded in Houston, and the Rockets will keep looking to reset the franchise without tumbling into mediocrity.