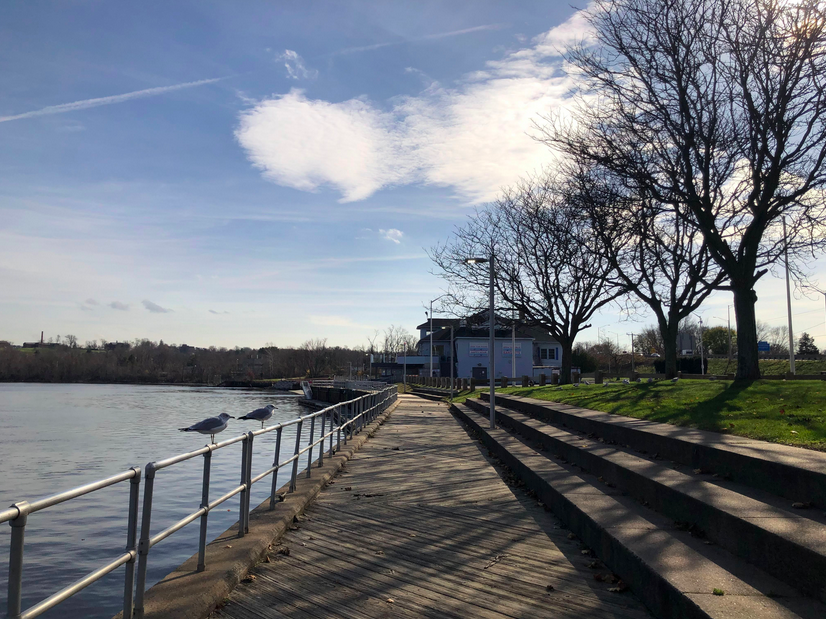 The Middletown Planning and Zoning Commission released its current draft of the 2020-2030 Plan of Conservation and Development (POCD) on Nov. 4.  The document will serve as a guide for how the City of Middletown hopes to grow over the next ten years. The final draft will be sent to the Common Council and then the Lower Connecticut River Valley Council of Governments for their approval. While adjustments suggested by the two councils could slow down the process, the plan is set to be completed and implemented by Jan. 2021.

On Nov. 18, Middletown City Planner Marek Kozikowski presented the POCD at a final public forum. Afterwards, residents were encouraged to ask questions and give feedback to be discussed by the Middletown Planning & Zoning Commissioners. Throughout the development of the POCD, City Hall has continually solicited feedback from residents, City Hall staff, and the steering committee for the POCD.

The draft details four main areas of Middletown improvement. The first section focuses on the economic development of the City, housing diversity, and an accessible waterfront. The second section concentrates on the preservation of the community through public spaces and unified neighborhoods. The third part details the implementation of improved transportation and utilities, including a redesign of Route 9, which is intended to fix the disconnect between the City and the waterfront. Finally, in light of the climate crisis, the fourth section of the POCD focuses on sustainability and development practices.

One of the main areas of focus of the POCD is sustainable practices, specifically in terms of clean energy and carbon emission reduction targets for the City. For example, the POCD outlines that 40% of the City’s energy will be provided by renewable sources, in addition to preparation for natural disasters, self-sufficient energy production, and responsible development practices.

“[Sustainability is] woven throughout in a variety of different ways,” Chair of the Middletown Clean Energy Task Force Jen Kleindienst said. “It’s looking at energy use, and how that helps us to be a thriving community by having energy stability, which can be created from movable energy [such as] district heating or other sorts of microgrids, and different ways of connecting buildings and how we generate energy rather than relying on a gas pipeline that’s burning gas from some other part of the country, or an oil truck that’s burning oil that could be disrupted. Unless something falls on a solar panel from the sky, it’s going to keep producing energy.”

This focus on sustainability over expansion is unique to many city plans. Chair of the Middletown Planning and Zoning Commission Stephen Devoto commented that instead of working to create housing and bring in larger businesses like Target or Starbucks to the city, the POCD focuses on improving existing housing to become both sustainable and affordable and helping the small businesses that are already present in the City.

“Growth is, I think, by definition, not sustainable,” Devoto said. “You can’t grow forever. It’s an unstable situation, to make yourself bigger because there is a limit eventually. Whereas thriving, we can hopefully sustain that.”

Kozikowski and Devoto both emphasized that the overarching goal of the POCD is to create a development plan for Middletown that is both sustainably responsible and as socio-economically inclusive, providing proper housing and opportunities for recreation and employment.

“Sustainability is often just thought of as environmental, but it’s also economic and social,” Devoto said.  “I really wanted to make sure that was brought front and center in the draft, and then the issue of equity and making sure that all the neighborhoods were getting attention from the city.”

Devoto wanted the POCD to emphasize and address issues on the North End of the downtown residential area, where there is, on average, a higher housing density and for residents of lower socioeconomic status.

“We need to understand the issues in those areas, and we need to address them as much as we can,” Devoto said.

A focus on making sustainability affordable for all residents in Middletown, in addition to improving the quality of life for Middletown residents, runs throughout the POCD.

“[The POCD] encapsulates a lot of those ideas: having a community that people can get around in ways other than in a car, having affordable housing, so that we can have people from a variety of income backgrounds, living here and affording living in middle town, you know, having or having small businesses, having connections to places outside of Middletown, being able to go walking in looking for recreation and being in beautiful places,” Kleindienst said. “There’s a lot of focus on the riverfront. It’s definitely an aspirational document.”