The Man Behind the Mask: Tom McLarney 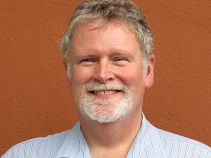 He sends you biweekly public health updates. He’s the name on your CareEvolve portal. Dr. Tom McLarney’s name is everywhere.

This year, Medical Director of the Davison Health Center McLarney has become increasingly well-known on campus because of the COVID-19 pandemic. However, McLarney has been an important fixture of the Wesleyan community and the Connecticut medical world for many years.

A Connecticut native through and through, McLarney was born in Waterbury, but shortly after his birth his family moved to the small town of Wolcott.

McLarney grew up in Wolcott and then attended the nearby Fairfield University for his undergraduate degree. After graduating from Fairfield, he worked for a year in water treatment chemical testing before attending medical school at Georgetown University through a military scholarship.

After his stint in the South, McLarney soon found his way back to Connecticut, working at Middletown’s Middlesex Hospital for nine years before landing a job at the East Hartford Community Health Center. There, he found a calling in serving those without any or adequate health insurance.

“Just to be able to provide health care to these folks who would not normally get health care was an honor to say the least,” McLarney shared. “My patients were just a very appreciative, you know, wonderful salt of the earth type of folks.”

McLarney spent 12 years at the Community Health Center, until new management caused him to reconsider remaining at the position. Luckily, one of his colleagues alerted him to an opening at the University for the position of Medical Director to which he quickly applied.

“I met with Joyce Walter, did my interview, and literally fell in love with the place and signed the contract as soon as they could print one up,” McLarney said. “And the same enthusiasm, the same joy I had on that day when I was interviewing and touring, I still have.”

This year, McLarney’s responsibilities have changed considerably. While he still sees patients as he previously had, most of his day to day duties consist of addressing the ongoing pandemic.

“I’m a part of the Pandemic Planning Committee, which Dean Rick Culliton is the leader of,” McLarney said. “In the summer we were looking at every detail; no stone was left unturned when it came to planning for reopening with the two goals in mind: Number one was keeping the campus as safe as possible, and number two was to provide as best of an educational experience that we can during a pandemic.”

Aside from meeting with the Pandemic Planning Committee and crafting public health updates, McLarney also communicates with other colleges to compare COVID-19 strategies.

“I also meet once a week with the NESCAC medical directors, the medical directors from every place from Colby to Trinity to Conn College, Tufts,” McLarney explained. “I tell you those meetings have been invaluable because we put our heads together and, you know, from a medical standpoint, try to figure out what is the best way to proceed.”

When he’s not working at Davison, McLarney loves to spend time with his family.

“At this point in my life, I have four grandchildren who I just adore,” McLarney said. “Two of them live in the next town over from me in East Hartford, and we get to see them fairly often because we’ve kind of been a family unit.”

He also enjoys spending time by the water, whether that be swimming or kayaking.

“We love to go up to places like the Cape and Florida, enjoy the beach,” McLarney said. “I think if I ever lived in a state that was landlocked I’d be chronically depressed. I need to have the ocean close.”

But more than anything, McLarney loves Wesleyan and its students. When asked what his favorite part of his job was, he was quick to reply.

“Working with you guys,” McLarney said. “Any time you make a change in your life you get a lot of unsolicited opinions from people. The one opinion that people kept telling me [was] ‘Oh, you used to work in a community health center. You used to do inpatient medicine, used to deliver babies, used to do nursing home rounds, used to do a lot of surgical procedures in your office. You’re not going to be doing those at Wesleyan. You’re going to get bored.’ And I could happily say I have not been bored a day in my life here.”