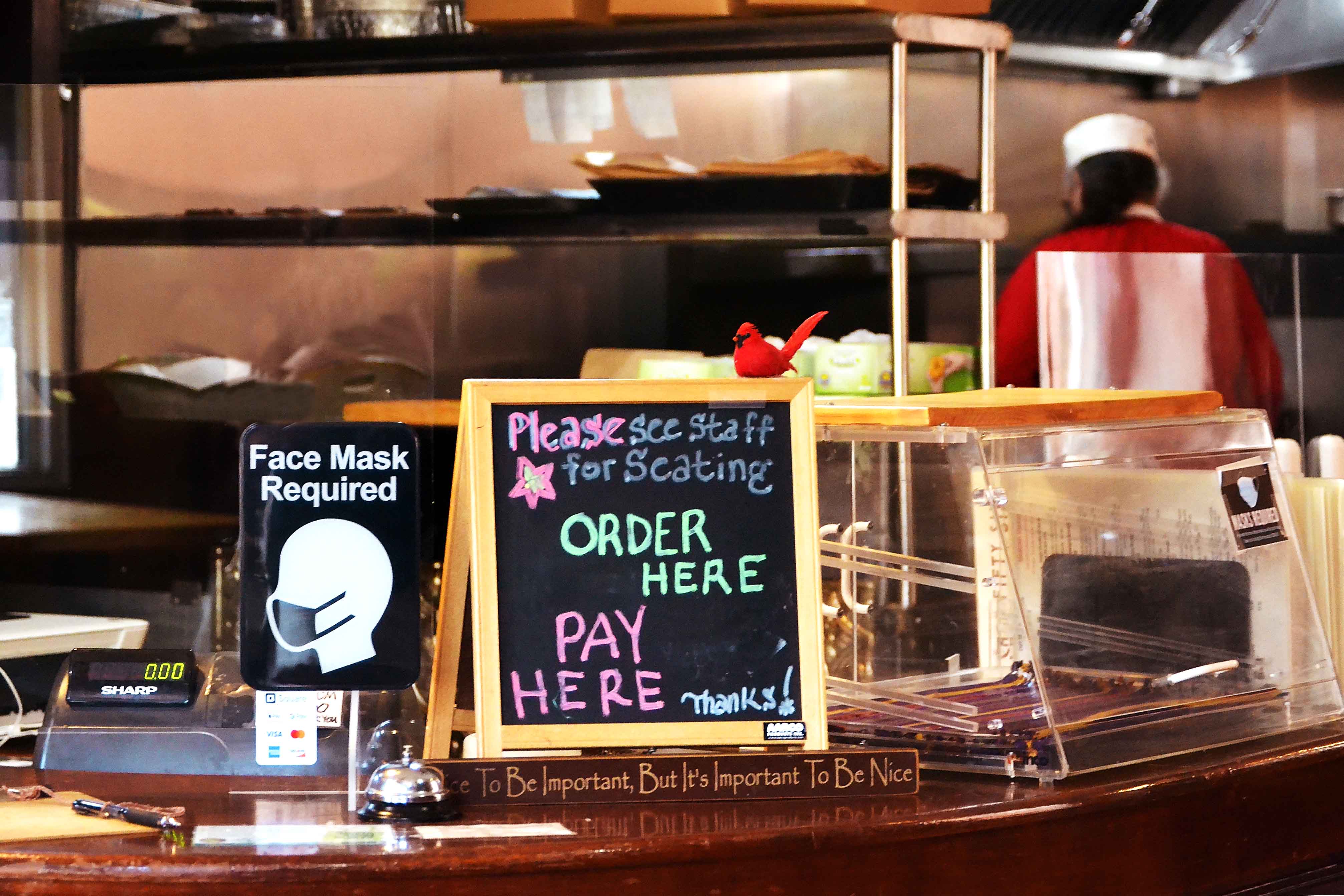 The City of Middletown increased its COVID-19 risk level from Orange to Red on Thursday, Nov. 5 to reflect the increase in the number of cases, which are at an approximated average of nine per day as of Friday, Nov. 13.

Middletown Mayor Ben Florsheim ’14 said that while an increase in the number of cases in Connecticut was not unexpected, it is still concerning.

“We expect [the number of cases] to continue fluctuating week to week,” Florsheim said. “But we knew for the last couple of months [that] as we moved into the fall and then, particularly the winter, we should expect higher infectivity rates and higher caseloads. And that is what we’re unfortunately seeing.”

Florsheim emphasized that the City of Middletown is much more prepared for the coming winter than it was for last spring, especially in regards to testing. The city’s testing capacity has dramatically increased in the past few months, particularly in public schools, where Middletown has rolled out regular use of the Abbott BinaxNow rapid antigen tests. These rapid tests can provide results within fifteen minutes and have an accuracy rate between 84 to 98%, according to the Center for Disease Control.

According to Acting Middletown Director of Public Health Kevin Elak, these tests have been very helpful in identifying cases that otherwise may have gone unnoticed.

“[Schools] have been providing this service for two weeks, and there have already been several staff and students who tested positive [despite] not showing symptoms,” Elak wrote in an email to The Argus. “So, we are quickly identifying cases and their close contacts to keep COVID out of our schools.”

Because of the lower accuracy rate of the rapid antigen tests, a negative result needs to be followed up with a standard PCR test. However, city officials believe rapid tests are key to curbing the spread of COVID-19 in schools.

“We lose that lag time, and that will allow us to respond a little bit more effectively to any potential outbreaks [and] hopefully catch them before they start,” Florsheim said.

Increased testing in public schools is the latest step in a months-long process attempting to ensure widely available testing for all residents of Middletown.

“I remember agonizing [about it] when we were going to get any type of testing capacity available to the general public,” Florsheim said. “[But it’s] a different world than we were in a few months ago, and it’s because of the availability of testing, the availability of contact tracing personnel and technology that we’re able to do that.”

Now, Middletown has several testing locations available to residents, and those testing centers are increasing their capacity to make tests easier to access.

“The Community Health Center…expanded as of this past weekend to do [testing] seven days a week,” Florsheim said. “They were doing Monday through Friday testing; they are now doing seven days a week testing, 8:30 [a.m.] to 4:00 [p.m.], for all ages.”

In addition to ramping up testing, the city is asking residents to exercise greater caution in order to prevent the spread of the virus.

“One of our big goals is going to be trying to just get people back in the mindset that they need to be taking this seriously,” Florsheim said. “It’s going to be all the more difficult to do that when the weather means that less and less stuff is going to be able to take place outdoors.”

While Florsheim deems these measures necessary, he anticipates that local businesses will suffer.

“We had really good cooperation over the course [of] the last few months from our local businesses,” Florsheim said. “A lot of restaurants did very, very well over the summer with outdoor dining. We were able to make public spaces available. [But] that’s going to be a lot more difficult in the wintertime.”

The University’s COVID-19 alert level was raised to Yellow on Oct. 30, following the State of Connecticut’s decision to increase the City of Middletown’s alert level to orange, not because of an increase in active COVID-19 cases on campus.

However, while the University has also experienced a slight increase in COVID-19 cases in recent weeks, no further restrictions besides the ones announced on Oct. 30 have been imposed on students at this time. The Freeman Athletic Center will remain closed until the end of the semester, informal gatherings of over ten people have been banned, and the University has issued an advisory against non-essential travel off campus.

University Medical Director Dr. Tom McLarney, MD emphasized that these restrictions are preventative in nature and are designed to keep campus safe.

“Living within a community poses risk, but we are all doing what we need to do to decrease that risk,” McLarney wrote in an email to The Argus.

However, McLarney underlined that the combination of colder weather, more time spent indoors, and flu season are likely to contribute to worsening conditions.

“We know the ‘second wave’ is here and I am afraid to say things will probably get worse before they get better,” McLarney wrote. “By the time [we] all return [to campus], hopefully [the] weather will be getting better…and I am hoping that there is a vaccine that is safe, effective and universally available and accepted. This alone will be a great factor to turn this pandemic around.”

“The week to week designations matter less to me than the consistency of policy and messaging from the city and from the schools and from all of our community partners, which is that we have to start taking this just as seriously as we did back in the spring,” Florsheim said.

Kay Perkins can be reached at kperkins@wesleyan.edu