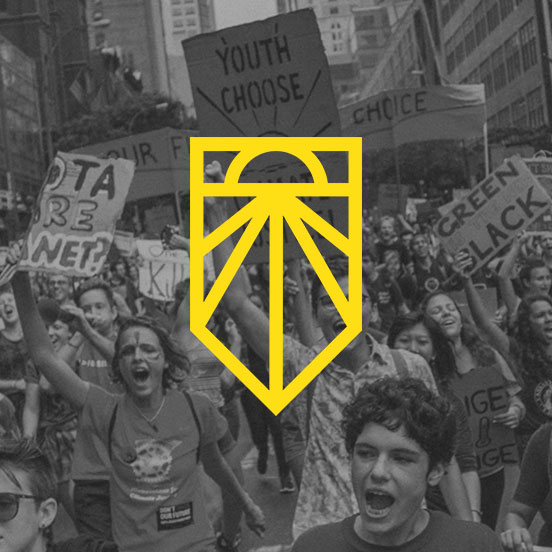 The University’s Climate Action Group (CAG) merged with the Sunrise Movement Middletown Hub (Sunrise) in October. Both former members of CAG and current members of Sunrise Movement believe that this change will allow students to more effectively fight for climate justice both on campus and on a national scale.

Before its merger with Sunrise, CAG was focused on achieving carbon neutrality on campus, and pressured the University to divest from fossil fuels. Sunrise is the local branch of a national organization that focuses on both climate justice and political activism. The Sunrise Movement recently created a University-focused task force that addressed many of the same goals as the CAG, leading the groups to consider merging.

“We were already pursuing the same goals and wanting the same future for everyone, wanting the same accountability for the Wesleyan administration,” Middletown Sunrise Movement Hub Coordinator and member of CAG Maren Westgard ’22 said. “So it just made so much sense for us to join forces and have more people working on it at the same time, rather than trying to figure out who the project belongs to and what’s going on.”

CAG Co-Leader Irene Westfall ’22 initially proposed the merger, which she explained was largely influenced by the COVID-19 pandemic.

“A lot of Climate Action Group’s members either deferred or [went] online for the semester, or they had graduated…. Basically we lost a lot of core members,” Westfall said. “It was difficult to get the club off the ground and find our direction again.”

Westfall explained that she went to a Sunrise meeting on Oct. 1 and was heartened to see how well the group was organized. Westfall noted that Sunrise’s University-oriented group had projects focusing on carbon neutral and divestment, similar to CAG.

“It was a pretty easy decision to make once I realized that Climate Action Group and Sunrise were effectively doing the same things, or at least doing enough of the same things that I could join Sunrise and continue to do the work that I’ve been doing and have some knowledge about and want to continue,” Westfall said.

CAG Co-Leader Jared Huennekens ’21 agreed that the two groups had similar goals. According to Huennekens, the merger relieved him and Westfall of some responsibilities that had detracted from working on their club.

“It’s a lot of administrative [tasks] that are burdensome because of sending emails, taking notes,” Huennekens said. “But if you have a larger group, that task load is spread out more evenly amongst everyone.”

Although Westfall and Huennekens feel that joining Sunrise was the best choice for CAG, they each expressed reservations about working in a larger group.

“Maybe the only con is there’s potentially less room for people to take agency over certain projects because you’d now have to share with a larger group of students,” Heunnekens said.

There was also worry that the decision to join Sunrise would lose CAG club members.

Despite the concerns, members of both groups agree the merger has been a morale boost.

“We have more voices, more opinions, more people to make sure what we’re doing is what we’re supposed to be doing and holding us accountable,” Sunrise Movement Hub Coordinator Jack Howard ’23 said. “[The merger] has also brought out some relationships and collaborations that maybe wouldn’t have…happened, but they’ve definitely strengthened our bonds and our goals.”

“It’s also very rewarding and invigorating to be around a bunch of other people who care a lot about similar issues,” Huennekens said. “And I think Sunrise is so good at being very, very passionate and knowing how to organize people. I’ve definitely benefited from that.”

Westgard agrees that the merger had a positive impact on group members.

“It’s nice that it’s now streamlined instead of having to join two groups when you’re interested in both things,” Westgard said. “We’re just kind of one.”