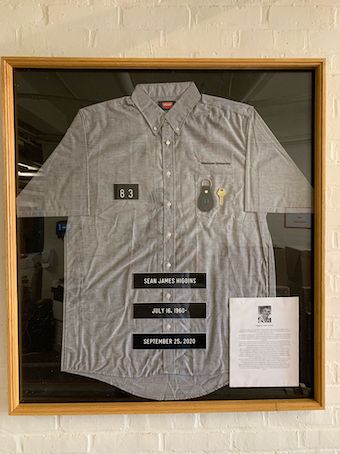 Wesleyan’s Lock Shop Foreman, Sean Higgins, passed away suddenly on Friday, Sept. 25 at the age of 60. Higgins worked at the University for 16 years as part of the Physical Plant team. He is survived by his wife Pamela, his two daughters Katelyn and Sarah, and his Golden Lab Wilson.

Higgins graduated from Franklin Pierce University in 1983 with a Bachelor’s degree in Economics. Prior to starting work at the University in 2003, Higgins worked with his father as an Operations Manager at Tull Brothers Inc.

In addition to his role as the University’s Lock Shop Foreman, Higgins was also a former Physical Plant Union Steward. Colleagues and students spoke of him fondly, describing him as an avid golfer, a lover of Guinness and Jon Bon Jovi, and above all, a wonderful and caring friend with an unparalleled sense of humor.

Heating, ventilation and air conditioning (HVAC) and Utility Mechanic Pete McGurgan, who knew Higgins when they were in elementary school, recalled the day they reconnected when Higgins first started working at Physical Plant.

“When we were kids, we played baseball together, we went to high school together,” McGurgan said. “I lost touch with him for a good 10 years. And one day, about 16, 17 years ago, I was driving into the building and he came walking out… [and] I’m like, ‘Get outta here! What are you doing here?’ And it’s like, we picked up right where we left off.”

Additionally, friends and colleagues describe Higgins as someone who was utterly committed to his job and keeping campus safe.

“He wanted to make sure every student went to bed every night feeling safe,” Locksmith Jay Pugliese, who worked with Higgins in the Lock Shop, said.

“Sean was dedicated to the cause of safety and security for the entire community,” Conte wrote in an email to The Argus.

For Higgins, keeping the Wesleyan community safe was more than just a job.

“He had that work ethic,” Plumbing Shop Foreperson Dean Canalia, who knew Higgins for 16 years, said. “He really cared about what he [did], you know, it’s not a job, it’s a profession, that’s the key. It’s not just coming in and getting a paycheck. This is what he did: made sure that everyone’s safe.”

“He really just cared about the safety and wellbeing of the students and he kept saying that over and over again,” Aimen said.

“I’ve seen very organized people in my life and he probably puts them all to shame…” Pugliese said. “He had notes on every conversation he had throughout the day, whether it be somebody coming in and chatting with him for 15 minutes, or a full-on project.”

While she only worked with Higgins a few times, Aimen noted how much she appreciated him taking an interest in her own life.

“It was just super refreshing to have somebody that was genuinely interested in my life,” Aimen said. “He kept asking me about my own life when I went there to shadow him…he asked me about my life and where I was from and my own family. And we were just connecting as people and I think that’s just hard to do with strangers. And so he clearly had a gift for connecting with people.” 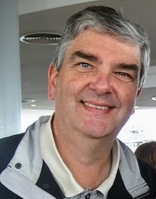 Throughout his time at the University, Higgins implemented a new key system, ensuring that keys couldn’t be replicated outside of the University.

While he took his job incredibly seriously, his colleagues emphasized that Higgins’ also had a wonderful sense of humor.

“He was gregarious,” McGurgan said. “He was a character, always up for a laugh.”

“To me, he always had this little boy-ish thing about him,” Canalia said.

Sometimes, Higgins’ humor would catch his friends by surprise.

“He was a serious guy, but the joke came out of nowhere at no time,” Electrician Phil Huntington said. “He was like a sort of a prankster.”

Outside of work, Higgins was an avid golfer who helped organize the Wesleyan Open Golf Association and the Annual Wesleyan Open, a tournament which raised thousands of dollars for charity over the course of several years.

“He loved golf, he was excellent, like a pro,” McGurgan said. “If you had to go, you wanted to be in his group, not only because you could get schooled in what you should and shouldn’t do, but it would help your four person team score immensely.”

In addition to golfing, McGurgan and Canalia reminisced about their time with Higgins and Canalia at the German Club in New Britain.

“At the German club singing Jon Bon Jovi tunes…” McGurgan said, when asked how he would remember Higgins. “Off the wall, off the wall strange, funny as can be. And then of course everybody’s got their BIC lighters out, like some sort of concert.”

Canalia recalled how he would stop by Higgins’ office everyday to talk with him about work, their dogs, and their plans for retirement.

“I talked with him [for] 15 minutes every day,” Canalia said. “I sat with him in his—he’s right next to the water cooler—I would come, fill my bottle of water and sing a song to him, whatever I was listening to on the radio and started singing, you know, an old 80s song. And then I’d go in and start talking to him.”

“Every time I went and got water… and I always filled [my water] up and walked by his shop and he just always made it a point to kind of look out and give you a crooked smile or shake his head at you,” Huntington said. “Even if he was having a shitty day—and he had a few of those—he’d look at me and just say something stupid every time.”

When asked what Higgins’ biggest accomplishment was, Pugliese, McGurgan and Canalia all mentioned his family.

“I think definitely his family, I think that was it, without a doubt,” Canalia said. He had two great daughters, his wife. He was a great family man. He was always with them.”

Higgins and his wife Pamela first met in 1978, when they were both students at Berlin High School.

“I suppose that the highest point in his life was Pam” McGurgan said. “Those two were like frick and frack. I mean… they were almost like they were still 20 years old.”

“Everything he did, he did for them [his family]…” Pugliese said. “And he just wanted to work day in and day out to make sure that they were proud of him and [that] he did right by them.”

A service was held for Higgins on Wednesday, Sept. 30 and his funeral took place on Thursday, Oct. 1. Anyone wishing to pay their respects can send condolences to Higgins’ family. Higgins’ Friends, family and coworkers can also plant a tree in his memory or send flowers via The Middletown Press’ Sympathy Store.