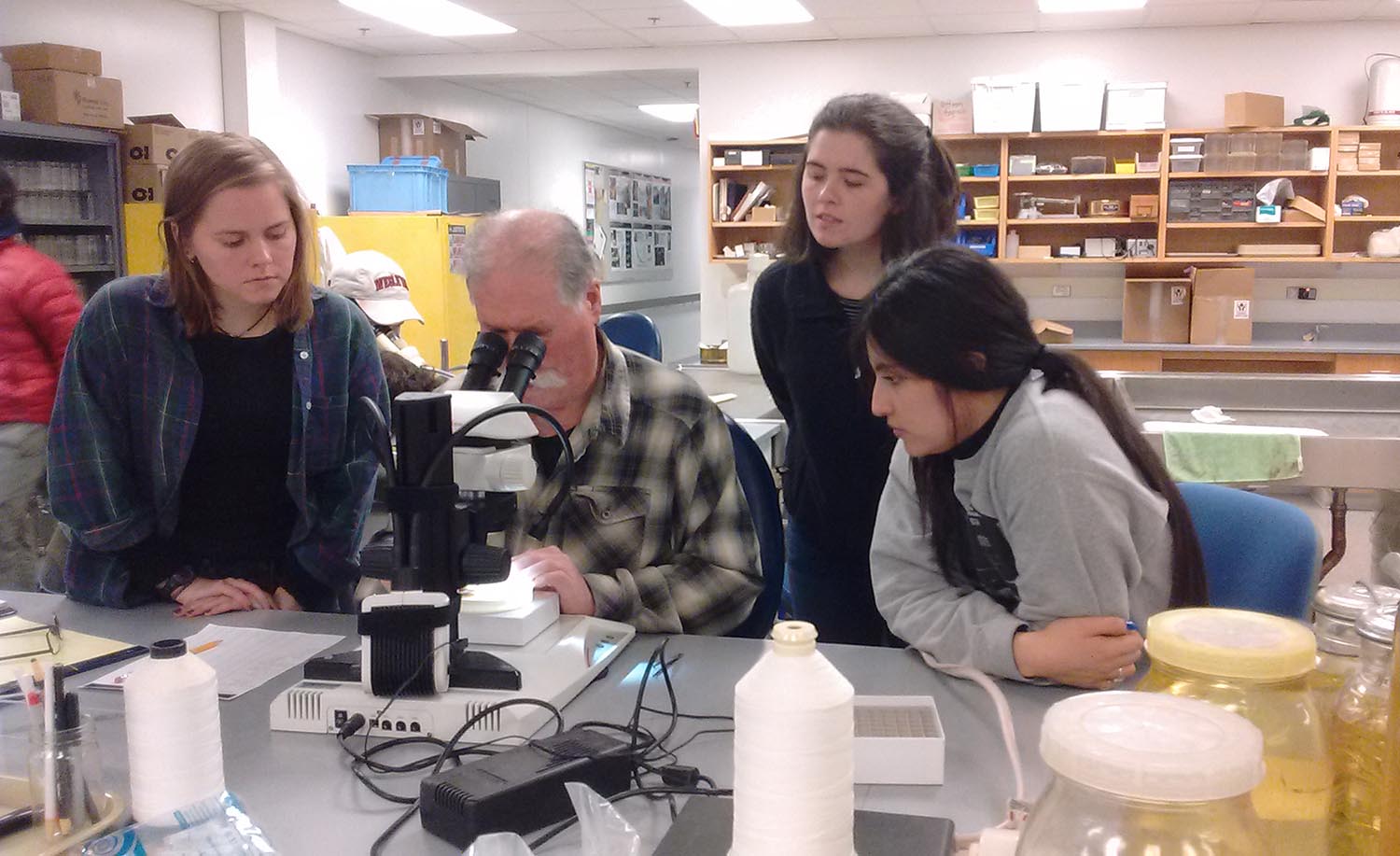 When Grace Kohn ’22 imagined her 2020 spring break research trip with Professor Barry Chernoff, Professor Antonio Machado-Allison and ten of her classmates, she envisioned Colombia, meditation, and the jungle.

“[We were supposed] to learn how to catch piranhas with our bare hands,” Kohn said of the class’s plans.

But instead, Kohn and her classmates in “Ecology and Natural History of Freshwater Fishes of South America” (E&ES306), along with Chernoff and Machado-Allison, found their names displayed in the scientific journal, Zootaxa, alongside the news that the group had identified two new species of fishes: Membras pygmaea and M. procera. This discovery was a product of the class’s research, a POI fieldwork-based class, conducted at the University of Michigan Museum of Zoology.

When all University-sponsored international travel was cancelled in late February, Chernoff and Machado-Allison were at a crossroads. The whole premise of the class was to research fish in the tropics, but without the ability to travel abroad, those fish were out of reach.

“First of all we had to do it for a grade and get a credit,” Kohn said. “So he [Chernoff] was trying to scramble to find something that we could do for the class, but also something that would be meaningful, and that we could get something out of it because getting into the other class was like an incredible opportunity, like I was so excited.”

Stuck in a tricky situation, Chernoff was forced to improvise.

“I knew about a project that I had on the back burner but needed the data to complete,” Chernoff said. “So I called up the people at the University of Michigan about their Museum of Zoology. And said, ‘Can you let my class and I, ten students and me and Antonio Machado[-Allison], can we come and use the fish collections and use your microscopes and your X-ray machine and whatnot and take over for a couple of weeks’ time and get the data that we need so that we can write a paper?’ And they said, ‘Sure.’” 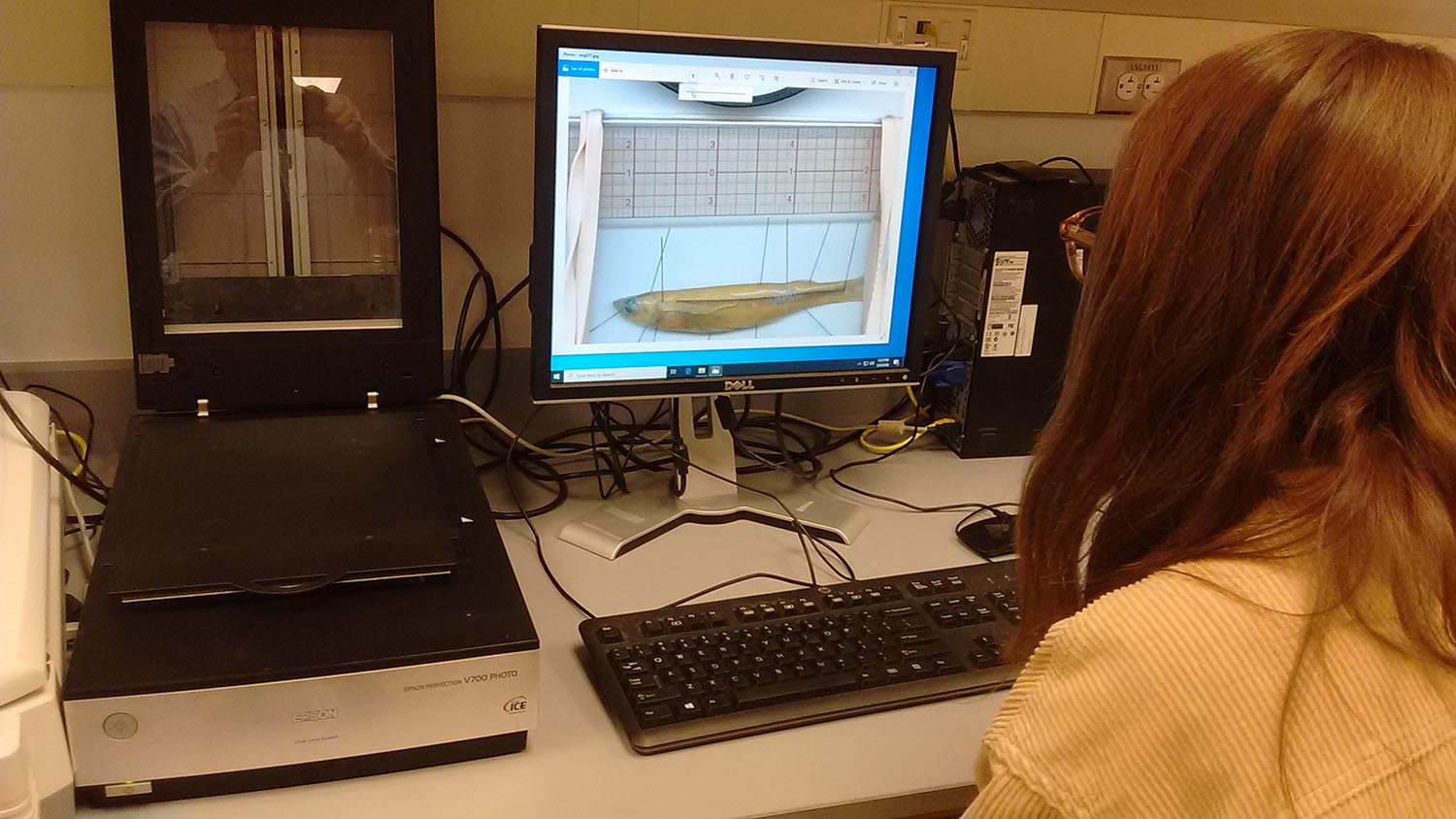 The fish are part of a group of freshwater fish from South America, with one species from Honduras and the other from Colombia.

“I’m one of the world’s specialists on [tropical freshwater fish] and some people showed me some things a number of years ago,” Chernoff said.  “And I said, ‘Oh my God, these are probably new, but we need the data in order to prove that they’re new.’ And so when we couldn’t go to Columbia, I figured Michigan is the place that had exactly the collections we needed to look at in order to test my idea that these were new.”

With no way to get there but drive, the group packed up, rented a van and an Airbnb, and drove to Ann Arbor, Michigan.

“We ended up driving, like, just packed all of us in the car and drove 10 straight hours to Michigan,” Ben Silverstone ’22 said.

In order to prove that the fish were indeed new species, the group would have to measure characteristics of every other fish in the same group in order to prove these were different. At the University of Michigan’s Museum of Zoology, the class spent nine-hour days in the lab.

“[In the lab] we were actually divided into two groups and one group was the scales group,” Aashni Parikh ’22 said.  “They were counting scales on the fish bodies which is actually a very, it’s quite a difficult task because it’s intricate work. I was actually part of the group where we had to look at the dimensions of the fish.”

In order to ensure the fish were part of a different species, it was important to make sure that every dimension and number of scales on the fish were noted. To precisely measure these numbers, the students used the University of Michigan’s many technological resources.

“So we had specific points on fish specimens that we needed to pin,” Parikh said. “We actually physically placed pins in the fish and then placed them on a scanner and scanned the models. And then we used Photoshop to digitize the points and then other software to measure the distance between the points that we had been and we did that for a number of species…so we could compare the values.”

Outside of the lab, the class was also able to bond on the trip.

“We got Starbucks every day…which was awesome,” Kohn said. “We also had, like, really nice dinners always as like a family unit together every night. It was a really bonding experience….”

Unfortunately, partway through the trip, Wesleyan’s campus closed and the University announced the transitioned to remote learning. However, despite the closure, enough information was already obtained in order to assert that the discovery was, indeed, two new fishes.

“The students had done so much work faster and more efficiently than we could have imagined that we were home free,” Chernoff said. “We had, we had all of our data…I just can’t say enough for how wonderfully the students did.”

While the University of Michigan Zoology Lab is not the jungles of Colombia, students in the class were still satisfied with the outcome of their trip.

“Having our names on that paper was definitely a new experience,” Parikh said. “And being a published author…before graduating is also an extremely cool experience.”

“I never envisioned that I would be publishing a species of fish,” Kohn said.“I came into college being such a humanities person, like, if somebody told me in high school, you’re gonna have your name like in a scientific magazine publishing a fish, I’d be like, you don’t even like science, that’s crazy. So yeah, it’s pretty exciting.”