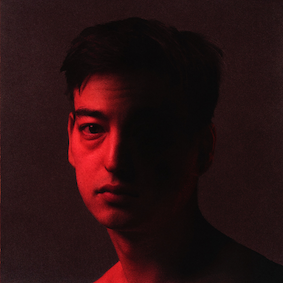 Singer and musician Joji delivered his second studio album “Nectar” on Sept. 25th, two years after his debut album “BALLADS 1.” Originally set to be released in Jul., the project’s release was delayed because of the COVID-19 pandemic.

Fans who waited to see how the rising artist would follow up his first album were not disappointed.

Born George Kusunoki Miller, 28-year-old Joji has been active in entertainment since 2011 under a variety of names. Before Joji, Miller was best known as the internet personality Filthy Frank, a name under which he created surreal, raunchy sketch comedy videos, which garnered a massive following and millions of views. Miller also created the character Pink Guy, a hyper-sexual pink-suit-wearing man that raps and sings ridiculous dark humor. Miller dropped two EPs and an album under this persona, the latter of which, “Pink Season,” reached No. 70 on the Billboard Top 200.

From posting bizarre and occasionally disturbing videos such as “100 Accurate Life Hacks” to starting the “Harlem Shake” trend back in 2013, Miller asserted himself as an internet icon. However, this would soon change, as he transformed himself into what we know now as Joji.

Debuting at No. 3 on the Billboard Top 200, “Nectar” sold 92,000 album-equivalent units, with 41,000 coming from pure album sales. The album contains 18 tracks and clocks in just under an hour. While it was initially difficult for me to take Miller’s new music career seriously, I soon became a fan.

There are bold creative decisions with the production, incorporating beautiful sonic moments throughout the album.

The album begins with “Ew”, a mellow track that begins with a piano riff and slowly transitions into a string driven ballad, where Joji questions what true love is.

“Ooh, teach me to love just to let me go / I can’t believe that I’m not enough,” he confesses.

It’s a cinematic opening for the album that gets fans ready for the adventure to come.

Tracks like “Run” and “Daylight” continue this big sound in production. “Run” is a rock track that has Joji crooning over guitars about lost love, ending in an epic guitar solo. The Diplo assisted track, “Daylight,” contains chords played by pulsing organs and airy guitar. The song’s anthemic feeling is an excellent reason for why it was chosen as a single for the project.

The track “Afterthought” is my personal favorite. The song is about a relationship that goes to shit after nights full of miscommunication. In “Afterthought,” Joji and New Zealand artist BENEE deliver a delicate verse. The duo’s chemistry is electrifying because their vocals complement one another; Joji occupies the lower register of the vocal range to create chilling harmonies while BENEE sings in her higher, angelic voice. It’s a track that captures the idea of wishing the best for another person.

As the duo chants, “I don’t want to forget about you,” they try to maintain the memories created.

“Sanctuary,” the lead single of the project, still doesn’t get old despite being released in 2019. An instrumental motif that is used in the intro is repeated throughout the track and has managed to stick in my head, along with the infectious chorus. “Mr. Hollywood” produced by Kenny Beats, is a slow trap song that’s filled with sad lyrics of a man that goes big and forgets who he is.

“Like You Do” expands on this stylistic trend with pianos, strings, and pads, and continues the theme of love. An atmosphere of melancholy yet comfort is found in these songs. Many of these songs can be played alone in your bedroom in the middle of the night, or driving at night with a group of friends.

Even with songs that are grand in scope, the album nevertheless contains some fun, uptempo pop tunes. For example, “Gimme Love” is an energetic song that begins with a hype, pop beat that quickly transitions into a mellow portion with orchestral arrangements reminiscent of previous tracks.

“Pretty Boy,” uses the appealing trap production of 808’s and two-step hi-hats. Along with hilarious ad-libs and energetic chants that contrast with the depressing lyrics delivered elsewhere, Joji is simultaneously honest and vain.

“I’m a pretty boy livin’ on the West Side / Livin so loud, you could never hear me cry” he delivers with a resigned nonchalance.

Joji continues with lyrics about taking drugs and lying to himself in order to get through the night despite his pain. Lil Yachty then joins the track, continuing the depressing lyrical theme of using fame to hold back the insecurities that men face. Nonetheless, the track goes hard and is one that will definitely get the crowd excited during concerts.

The track “Upgrade” is a lovely interlude in the album that is noticeably different from the surrounding songs. With a simple beat and guitar picking, Joji writes to someone who is with a partner he believes they should leave for him. The ending of the song is a blissful experience; Joji ends the song with beautiful harmonies coalescing into a heartfelt plea. I only wish the track was much longer. With it being under two minutes, this song could have greater potential as a full song instead of an interlude.

With many amazing tracks, my main critique of the album is that it was too long. There were tracks that I felt either had greater potential or could have been left off the album.

“High Hopes” was a dull track. While I’m a fan of Omar Apollo and thought the two would create an incredible track, it falls short. The beat is a sloppy, lo-fi beat accompanied by an awkward guitar. The only engaging part of this song is the chorus with Joji singing. Apollo gives us a boring rap verse.

“Reanimator”, and “Tick Tock” are two tracks that are decent, but could have been left off the album. While it is a nice song, “Your Man” shouldn’t have been the track that ended the album. With an ambitious intro like “Ew”, Joji should have ended the collection the same way he came in, with careful introspection instead of a catchy pop tune. It should have been placed earlier in the album.

Overall, Joji showcases that he has the musical abilities to deliver powerful and emotionally driven songs—whether through grand orchestrally produced tracks or more melancholic simplistic tunes—while also creating pop singles to excite his fans. His talents as a songwriter and collaborator are tremendous and have delivered songs that continue to impact me. Despite being held back by a few unnecessary tracks, the album is worth the attention of listeners, whether they be past Joji fans to new fans who are trying to get into his discography.

As his sophomore effort, “Nectar” provides a deeper look into the mad world of Joji that is ever-growing.