Return of the King: Lakers, Heat Meet in NBA Finals 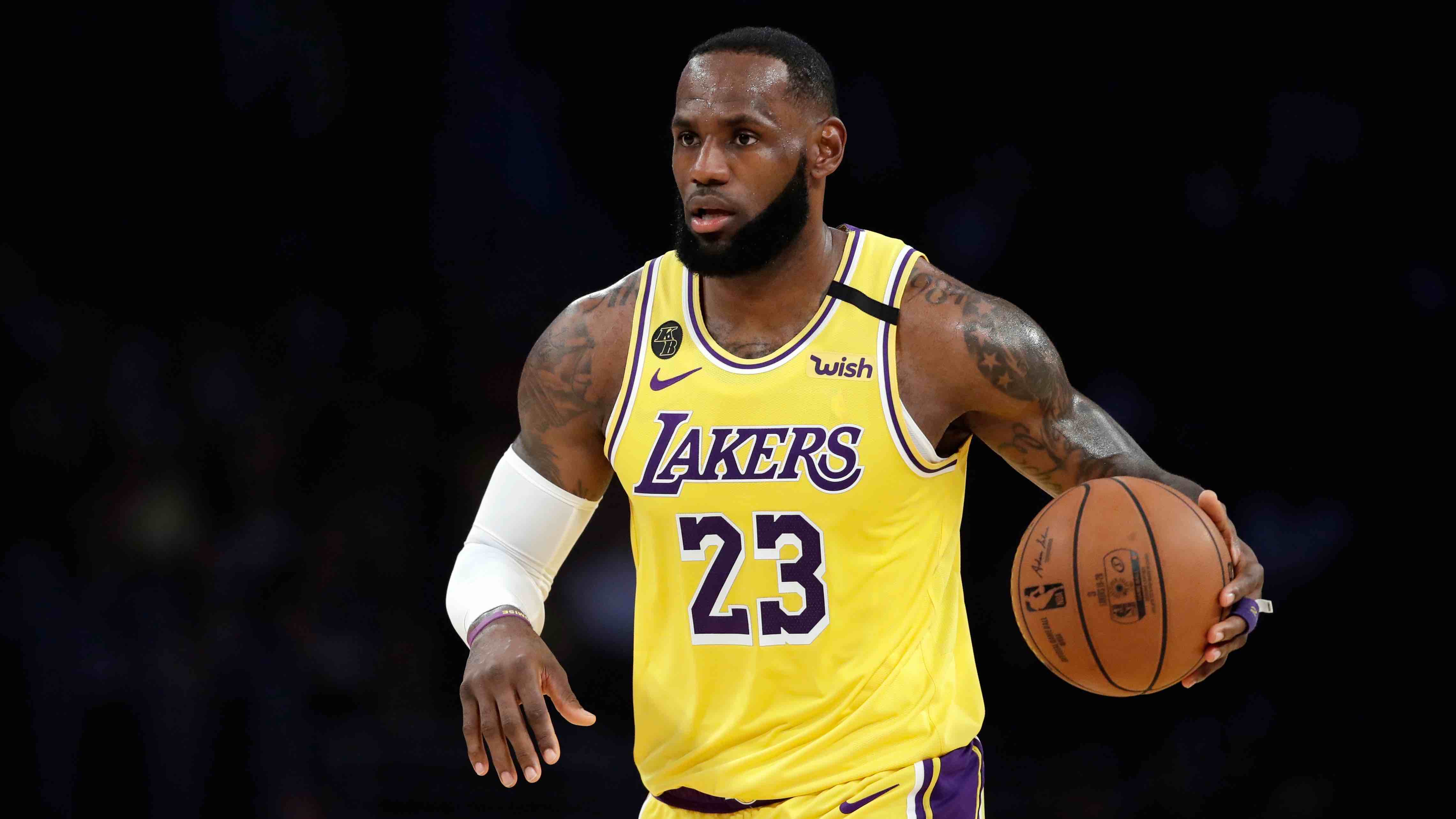 The storylines that began this NBA season now seem like quaint daydreams. Fans imagined tense clashes over the soul of Los Angeles basketball, prepared themselves for the upcoming entrance of rookie phenom Zion Williamson, and speculated over the economic impacts of the league’s frayed relationship with China. Now, however, after nearly a full calendar year, the most tumultuous season in living memory finally is drawing to a close.

The NBA Finals began on Sept. 30 in Orlando, Florida, with the Western Conference’s Los Angeles Lakers winning 116–98 to take a 1–0 series over the Eastern Conference’s Miami Heat. Such a matchup is somehow befitting of a season that started fairly normally before flying completely off the rails. On one side is one of the most decorated franchises in NBA history, favored to make a deep playoff run the entire year and led by perhaps the greatest player to ever step onto the hardwood.

Their opponent will be a young, scrappy team that ended the season as a No. 5 seed before throttling the East’s best and brightest on the path to a potential championship. To be fair, anything short of a Finals appearance would have been a catastrophic disappointment for the Lakers. Upon sacrificing a treasure trove of assets in order to pair big man Anthony Davis with their incumbent superstar LeBron James, the clear message sent to Lakers fans was “championship or bust.” Quite clearly, general manager Rob Pelinka’s wager has paid off, at least in the extreme short term. Returning from an injury-shortened season that raised questions about his future in the league, James demonstrated that the reports of his demise were greatly exaggerated. James averaged 25.3 points and a league-leading 10.2 assists per game, making a credible argument for his fifth Most Valuable Player Award. Alongside his wingman Davis, who averaged 26.1 points and 9.3 rebounds per game, James led the Lakers to a 52–19 record, the number one seed in the West, and now the franchise’s first Finals appearance since the late Kobe Bryant led the Purple and Gold to a championship in 2010.

It’s worth noting, however, that some of Los Angeles’ success can also be attributed to an unexpectedly competent supporting cast. Embattled center Dwight Howard and former living meme JaVale McGee reaffirmed their places in the league with efficient offensive production and quality defense, while undrafted guard Alex Caruso proved his status as a bonafide NBA player with lockdown defense and surprising athleticism. Veteran Rajon Rondo has recaptured some of his perennial playoff magic with his performance in the bubble, while Kyle Kuzma and Kentavious Caldwell-Pope provided scoring from sources outside of the Lakers’ all-world duo. Even with typically sweet-shooting Danny Green struggling through a devastating slump, the Lakers’ bench has outpaced expectations both inside and outside of the Bubble.

The 44–29 Heat, on the other hand, was a team absolutely nobody expected to be representing the East on the NBA’s biggest stage. Sure, Miami made noise in the offseason, acquiring star swingman Jimmy Butler as the centerpiece of a four-team sign-and-trade. The rest of the Heat roster, however, appeared either young and unproven or proven and mediocre. Since the departure of the aforementioned LeBron James from their roster in 2014, the Heat had oscillated between “somewhat frisky but ultimately noncompetitive” to “too bad to make the playoffs but too good for a promising draft pick.” The cycle looked poised to repeat itself this year, with Butler’s addition not seen as impactful enough on its own to elevate the Heat to contender status.

In some ways, that sentiment was correct; Miami doesn’t only have Butler to thank for the franchise’s sixth Finals appearance, but the sudden development of the rest of its roster as well. Third-year player Bam Adebayo emerged as one of the league’s top big men, averaging 15 points and 5 assists as a “point-center” while being named to his first All-Star team. Adebayo brought his game, a unique blend of interior scoring, precision passing, and skilled ball-handling, up even another notch in the playoffs as he ensured his team’s return to the Finals with a 32 point performance against the Boston Celtics last Sunday.

Adebayo and Butler were complemented by an extraordinarily productive rookie class, with three first-year players filling big minutes for Miami. Sharpshooters Tyler Herro and Duncan Robinson (formerly of Williams College) shined for the Heat, stretching the floor to compensate for Butler’s limited outside shooting, while sparkplug Kendrick Nunn powered the Miami
offense for much of the regular season as a secondary scoring threat. With an emerging star in Adebayo, a cohort of talented rookies, and wily veterans like Goran Dragic and Andre Iguodala, Butler had more than enough support to steer his team to the Finals, upsetting the No. 1 seeded Milwaukee Bucks in the process.

While this matchup offers compelling storylines for the casual fan, the actual basketball dimension of this series is infinitely more interesting. The Heat have a tough decision to make; do they have Adebayo, their best defensive big man, guard Davis, and hope he doesn’t encounter early foul trouble? Or do they put a smaller defender like Jae Crowder on Davis and accept the punishment they’ll receive on the boards and in the paint? This problem replicates itself up and down Miami’s roster. Outside of Adebayo, they simply lack big men with the strength, size, and toughness to match up with big Lakers lineups with James at point guard and Davis and Howard in the frontcourt. Indeed, early results from the series already show Davis wreaking havoc, as the eighth year player out of Kentucky led all scorers with 34 points and perfect 10-of-10 shooting from the charity stripe.

The best solution for the Heat is to simply try and run the Lakers’ centers off the floor. Like most teams featuring LeBron James, the Lakers would prefer to play slowly, using their superior physical strength and James’ preternatural vision to score in the half-court. A franchise famed for its high standards on physical conditioning, Miami can counter this by trying to play at a lightning pace, buzzing their shooters around the court, and using Adebayo’s creativity to get their quick guards guarded by Los Angeles’ big men on the switch. The more possessions the Heat can manufacture with Davis, Howard or McGee forced to guard Butler, the better. The Lakers as a team are prone to fouling, and few players are as good at getting to the line over and over again as Butler.

For this strategy to work, however, Miami’s shooters are going to have to shoot considerably better than they did Wednesday night, with Robinson and Herro going a combined 2–11 from the three. If the Lakers are able to sag off the Heat’s threats from beyond the arc and keep one of their big men on the floor, it only becomes that much harder for Butler and Adebayo to manufacture offense in the paint.

There’s a conceivable universe in which Miami, despite losing Game 1, can still turn this series around (assuming injuries to Adebayo and Dragic aren’t serious); this is a well-coached, mentally tough team that plays with incredible confidence. Head coach Erik Spoelstra is one of the best in the business, and it wouldn’t be surprising to see the Heat steal some games just based on tactical adjustments alone. When it comes down to it, though, it just becomes difficult to pick against a more talented Lakers’ team. There were times in James’ career where he was relied upon to be the primary scoring threat; with Davis on the team, those days are no longer. Instead, James is allowed to excel at the one skill he’s honed that makes him the greatest forward to ever play the game: his playmaking. At his best, James is a maestro on the court, a conductor with an uncanny ability to direct all 9 other players around him. He’s a threat to rack up a 25-plus point triple double in any game he plays, coming a hair shy of that achievement in Game 1 with 25 points, 13 rebounds, and 9 assists. Miami is an up-and-coming team with a bright future in an increasingly competitive Eastern Conference.

Picking them to win the series, however, would simply be disrespectful to James, who has now played in nine of the last ten Finals series and, with a win this year, could ratchet up the debate for the greatest player of all time to an entirely new level. The Lakers should win their 17th title in six games.