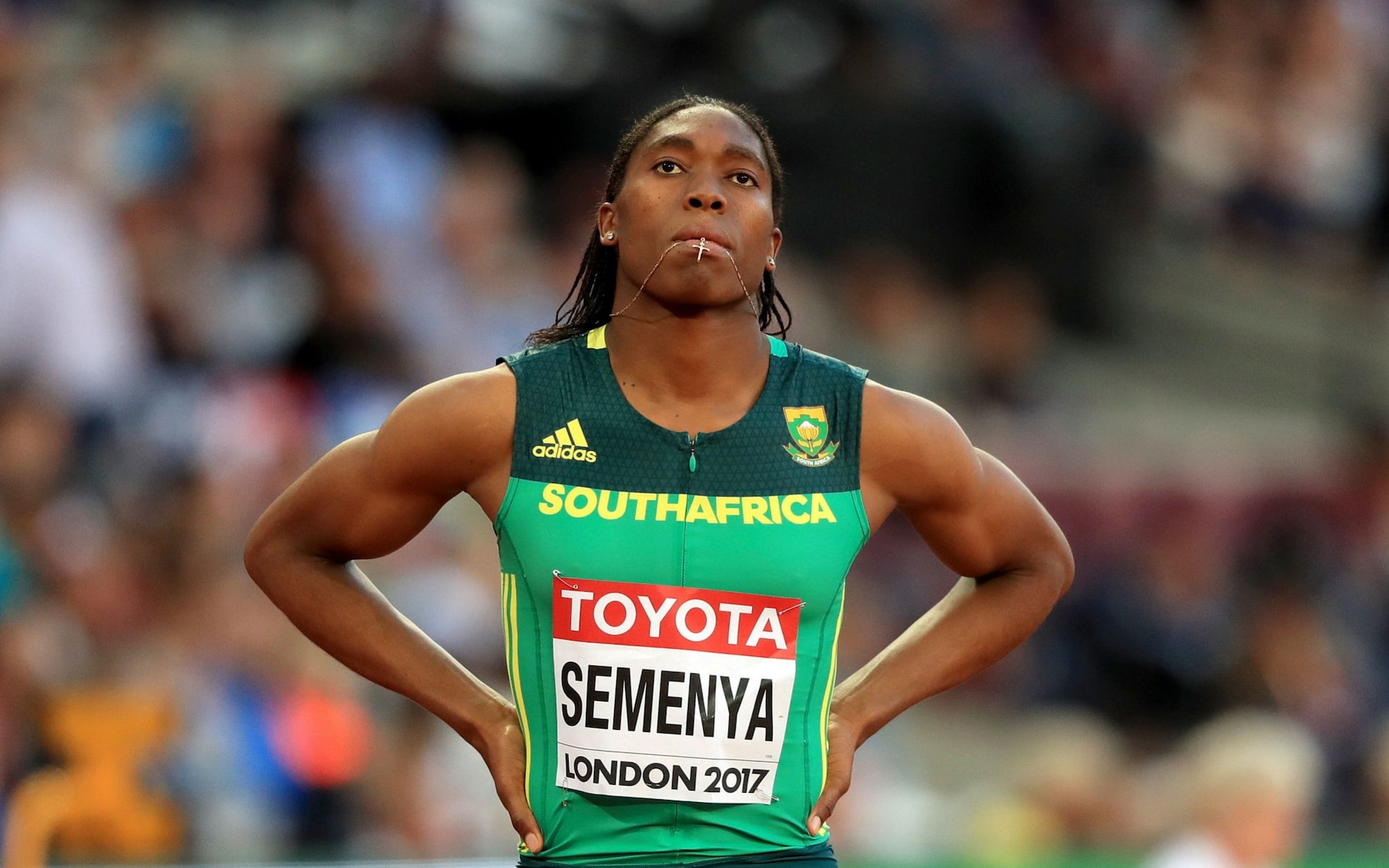 Caster Semenya, an incredibly talented South African middle-distance runner, just lost her final appeal to compete in the 800-meter race at the postponed 2021 Tokyo Olympics. The Swiss Supreme Court decided that World Athletics, the governing body of track and field, should be allowed to maintain its regulation that intersex athletes with elevated levels of testosterone must undergo either surgery or hormone therapy in order to reduce their testosterone levels to those of the average woman.

While Semenya has been fighting to compete in women’s events since her first victory at the 2009 World Championships, this particular battle with World Athletics began in 2018, when the board ruled that athletes who have elevated levels of testosterone (above 5 nmol/L), are intersex with X and Y chromosomes, or have a medical condition known as hyperandrogenism had to take medication to lower their testosterone levels in order to compete in mid-distance women’s events. World Athletics’ reasoning was that high testosterone levels give intersex athletes the benefit of more muscle mass and endurance. Since the ruling includes only mid-distance events, many think that it was directed at Semenya, who specializes in the 800-meter race. Semenya was required to undergo sex testing and the results have never been released due to privacy concerns. However, it was confirmed that she produces more testosterone than the average woman.

Semenya defied World Athletics and challenged their ruling. The Court of Arbitration for Sport, based in Switzerland, rejected her challenge and sided with World Athletics. She then took her case to the Swiss Supreme Court. Initially, they reversed the Court of Arbitration for Sport’s decision and allowed Semenya to compete. However, the Swiss Supreme Court decided that World Athletics’ ruling was permissible in 2019. Just last week, they rejected her appeal, seemingly closing her case. Those closely involved believe that this sets the stage for the Olympic committee to adopt rules similar to that of IAAF’s for transgender athletes as well.

IAAF has acknowledged that its ruling is discriminatory, but the organization sees it as necessary in order to have fair competition for female athletes. They believe that athletes have to be separated based on biological sex traits in order for there to be equality in racing.

“Fairness in sport…forms a central principle of sporting competition,” the Swiss Supreme Court opined when deciding the case.

But is it really fair to force those with different genetics to fit in for equality’s sake? Some have compared Semenya’s genetic advantage to that of Michael Phelps, one of the most decorated Olympic athletes of all time. He happens to produce less than half the amount of lactic acid that his competitors do, yet he wasn’t forced to change himself in order to compete. Many exceptional athletes owe some of their success to genetics. Tall people are favored for basketball, people with wide wingspan are favored for swimming. Why is Semenya any different?

Over the years, Semenya’s competitors have complained and have often been met with backlash.

Mariya Savinova, a Russian athlete who was banned from competition due to doping, once stated that racing against Semenya was unfair due to her “obvious” masculine characteristics.

“Just look at her,” Savinova said to a reporter.
“For me, she is not a woman,” Elisa Cusma Piccione, an Italian athlete, remarked. “It is useless to compete with this, and it is not fair.”

British Olympian Lynsey Sharp once broke down in tears after racing against Semenya and finishing in sixth, saying that it was difficult to compete against athletes such as Semenya with elevated testosterone.

These comments are just a fraction of all of the thinly-veiled racist and bigoted barbs thrown at Semenya.

Human Rights Watch and the World Medical Association have decried World Athletics’ decision to require hormone therapy, with the former organization stating that the decision was an example of “policing of women’s bodies on the basis of arbitrary definitions of femininity and racial stereotypes.” Doctors have stated that forcing athletes to undergo hormone therapy without a medical need is a form of cruel and unusual punishment. Scientists have mixed opinions over if there is even a correlation between increased levels of testosterone and better performance.

In order to avoid taking hormone therapy drugs, Semenya has decided to compete in the 200-meter race in the 2021 Tokyo
Olympics. She needs a time of 22.80 seconds in order to qualify.

A campaign called #LetHerRun was recently launched in support of Caster Semenya in an effort to convince World Athletics to back down from their harsh ruling. One video from the campaign calls back to the 1960s when female athletes had to prove their gender by stripping before a panel of judges so that they could receive certificates of femininity. #LetHerRun argues that World Athletics’ ruling is sexist since men with high levels of testosterone do not have to undergo the same treatment as female athletes.

Let Caster Semenya run. The athletic community cannot continue to be bound by the sexist and racist pillars that form its foundation. It’s time that we break free from our antiquated notions and allow athletes to perform and to thrive. What does it matter if Semenya produces more testosterone than the average woman? Has anyone stopped to check Usain Bolt’s testosterone levels and see how close they are to the average man’s? Or Eliud Kipchoge’s? Why are we so obsessed with women’s bodies
in the first place?