Immunocompromised on Campus: Students Share Perspectives On Life During A Pandemic 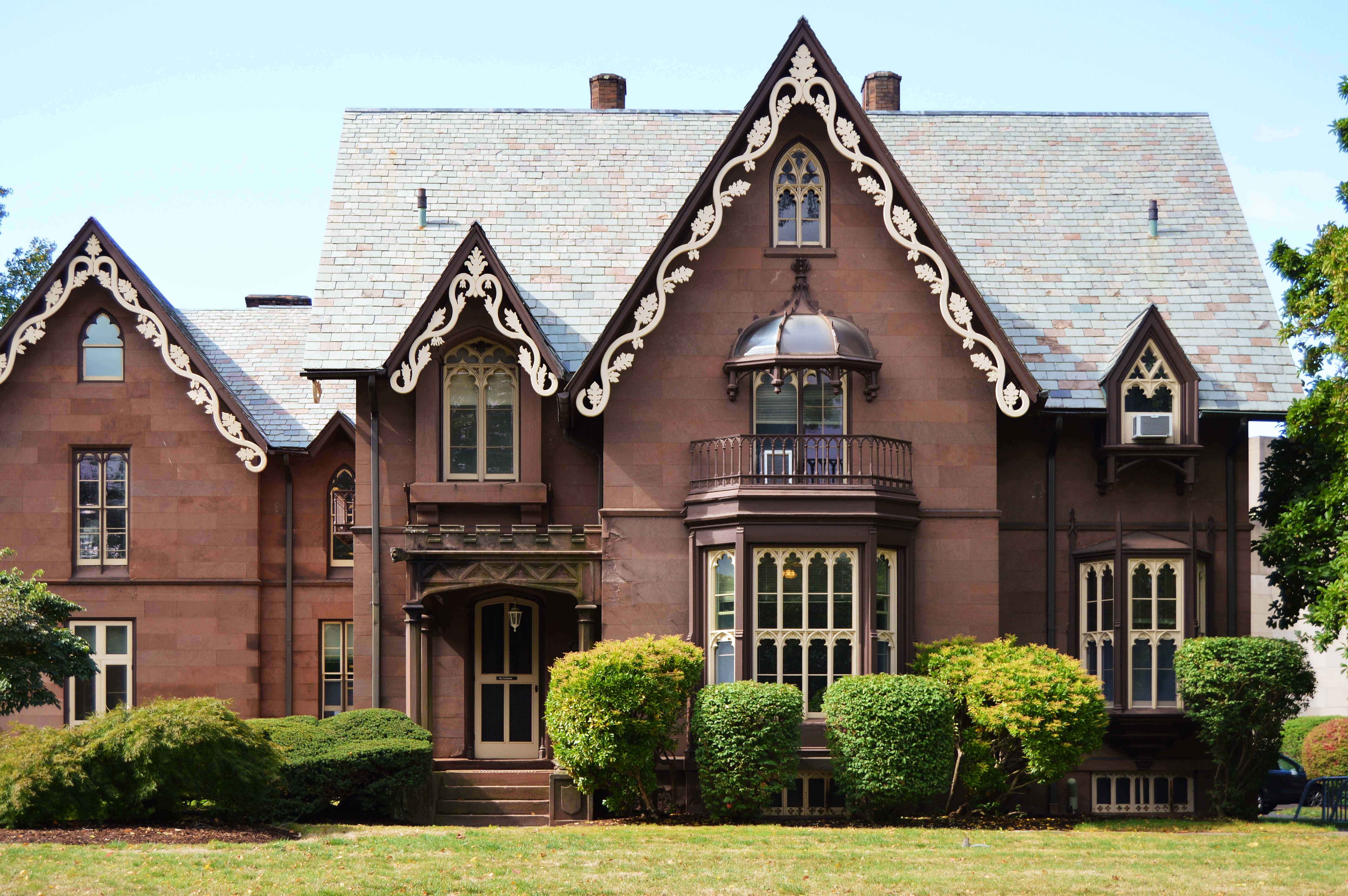 The Centers for Disease Control and Prevention (CDC) defines a person who is immunocompromised as someone who has a condition or is undergoing certain treatments that weaken their immune system. Some of these conditions include cancer, having
had an organ transplant, or genetic immune deficiencies. Medications for conditions such as rheumatoid arthritis, lupus, inflammatory bowel disease, and many others can also lower the immune system’s response. Living with conditions such as these is often taxing, but a disease like the novel coronavirus disease (COVID-19) introduces a whole new level of concern.

At the University, one of the most at-risk groups is immunocompromised students on campus. Sam Feuer ’23, Teddy Wright ’23, and two other anonymous members of the immunocompromised community were kind enough to share their time, stories, and advice in order to better educate the campus population about their experiences.

All four students interviewed noted that the decision to come back to campus in person required substantial extra medical care. Both Feuer and one of the anonymous students said they had to have extensive visits with their doctors throughout the summer to ensure they would be healthy enough to return to campus.

Wright told The Argus that she decided to come back to Middletown because online learning was not a good match for her learning style and taking a year off would be too expensive. One of the anonymous students decided she would be safer on campus than she would have been otherwise due to unstable housing arrangements.

“I’ve been moving around a bunch,” she said. “I’ve been staying with friends for part of the time and I was at home for a little bit, and I would stay with my sister. I didn’t really have somewhere I could stay really stable. I almost feel like I’m safer at school. I feel like I’m being exposed less now.”

Many of the students interviewed mentioned that the COVID-19 pandemic has also taken a serious toll on their mental health. Feuer described how his physical health and mental health are both important and intimately connected, sharing that being able to return to campus, see his friends, and be a part of a larger community again was a mental health benefit that was worth the heightened risk.

The second anonymous student described focusing on similar factors as she weighed the benefits of returning to
campus.

“It was just a lot of conversations with my parents about balancing physical, emotional, mental health because my emotional mental health was in a really bad place,” she recounted. “Of course they were worried about me going, but once I got clearance from my doctor it was kind of clear to us that for my mental health and emotional health, the repercussions of staying at home for those aspects of my life were greater than the possible repercussions of my physical health.”

All students admitted that the transition to an altered campus life-style has been a huge shift in regards to socialization, although they shared that they are finding ways to keep connected with one another.

“In terms of socializing last year, I was very much a ‘run around and do a lot of things, spend time with a lot of people’ type person, and that’s just not really possible this year,” Wright said. “You can’t really trust everyone to be taking corona seriously, so most of my activities have gone to like things that can be done over Zoom.”

Wright added that while she is still able to see her friends, some of her favorite activities on campus are no longer logistically possible due to new safety protocol amid the pandemic.

“Pretty much all of my friends live right down the street, so we can walk to ’Swings together and sit in the Bayit backyard,” Wright said. “But we used to sit in someone’s room and watch movies. We can’t have that close physical contact anymore, which is unfortunate.”

In between the moments of spending time with friends, Feuer observed how isolating it can feel on campus.

“I think the biggest obstacle that [the University administration] hasn’t truly addressed is how isolating it can be for some people,” he said. “I know for me and I know for a lot of people it’s very difficult to adhere to the rules because you’re just so
lonely all the time, but you need to.”

Social life is certainly not the only aspect of campus life that has changed substantially. The second anonymous student explained what academics are like for her now.

“I am ADHD and it can be very difficult to focus sometimes, especially just like having technology there and being like, okay, do I listen [to the professor] or do I play slither.io?” she said.

She also noted that in-person classes present some issues. She often has to remind people to pull their masks up over their noses or sit six feet apart. Fortunately, she has noticed that people are generally respectful.

“If I set the boundary, people are very, very receptive to that in a very positive way,” she explained. “I find that people have different comfort levels just as they do in life, different risk levels for a variety of reasons. Yes, I’m dealing with the possible physical ramifications [of COVID-19] but other people are dealing with housing insecurity, food insecurity, bad home lives. People have different incentives for wanting to stay on campus and that means not getting COVID.”

Overall, despite the challenges and changes of the semester, the anonymous students interviewed said they are content
with how academics are going. The first anonymous student was heartened that her professors have all been helpful and understanding of the challenges facing students during this time. She is living on campus this semester, but most of her classes are still online.

“I feel like my professors are doing a really good job, all things considered, but I would definitely prefer to be in-person,” she said. “I feel like I have a very positive outlook on what Wesleyan has done like, and I really think they’ve made a lot of good decisions.”

Students also shared thoughts on the University’s response to the pandemic, many emphasizing the importance of the University considering the disproportionate impact on different student communities like First Generational Low-Income students (FGLI).

“So the admin, I think, dropped the ball on a lot of things,” Wright said. “I fully respect all of the efforts that went into organizing the semester, finding a way for people to come back on campus and to test regularly, and like, obviously it’s been very successful…but I also feel like the admin has demonstrated a clear focus on bringing students back for the purposes of having that tuition money and a lot less focused on bringing students back and properly accommodating the situations that are going to arise.”

Like Wright, Feuer believes the administration could have improved their response to the pandemic.

“I wish that they had prioritized people who are really in danger earlier and they really still need to be thinking more about FGLI students, housing insecure students, they really need to be supporting these people because these are the people that are going to be hurt the most if we get sent back,” he said.

The students also offered guidance on how to better support immunocompromised students on campus.

Wright hopes students will think about their actions and the effects they have on other people.

“I would like to say that if you even consider [that] sneaking into a dorm to try and hook up with someone is a bad idea,
you’re right,” Wright said. “It’s an awful idea because that screws over everyone in their hall, everyone in their family unit,
their roommate . . . [M]aybe you are trying to share a cigarette with five other people, but like, is that smart? Should you [share a
cigarette] around your friend, I don’t know, Kaitlin, who has no pancreas? I don’t think you should do that. I don’t have a pancreas. I would not appreciate that.”

“People need to stop just saying ‘whatever’ for the little things,” he said. “Every time you sit outside with a big group of people and you’re not really distancing, or any time that you have one person over to your room, we get closer and closer to being sent home, and we get closer and closer to harming the most vulnerable students. And I get it, it’s hard, I don’t want to be lonely all the time, that’s not my choice, but that’s what I need to do to survive.”

Feuer also noted the importance of practicing empathy and considering the factors that may be affecting students on campus this semester.

“Always remember that there are things going on in someone else’s life that you don’t know about,” Feuer said. “The semester is already stressful enough for disabled or immunosuppressed people but when people assume things about them that aren’t true it just makes it even more stressful.”

Students interviewed also pointed out the need to remember the gravity of the pandemic and impact on the community.

“The idea of personalizing these rules,” the second anonymous student suggested, “I think it is important for kids our age, because making it more real is…I think sometimes it gets intangible. The reality of what getting COVID means can sometimes be intangible to us and I think trying to recenter that every once in a while is helpful.”

Despite the changes that the University has implemented because of the pandemic, the second anonymous student noted that she still feels the academic passion that attracted her to the University in the first place.

For people who are not immunocompromised, getting sick is often just a minor inconvenience. However, for those who are immunocompromised, what other people find to be mild illnesses can quickly become life-threatening. The University can sometimes feel far removed from the outside world, but COVID-19 and its disproportionate impact continue to manifest on our campus. Although feeling connected on campus has proven difficult, it is vital that we remember that we are all part of the University community and have a duty to take care of each other.

Sarah Timbie can be reached at stimbie@wesleyan.edu.