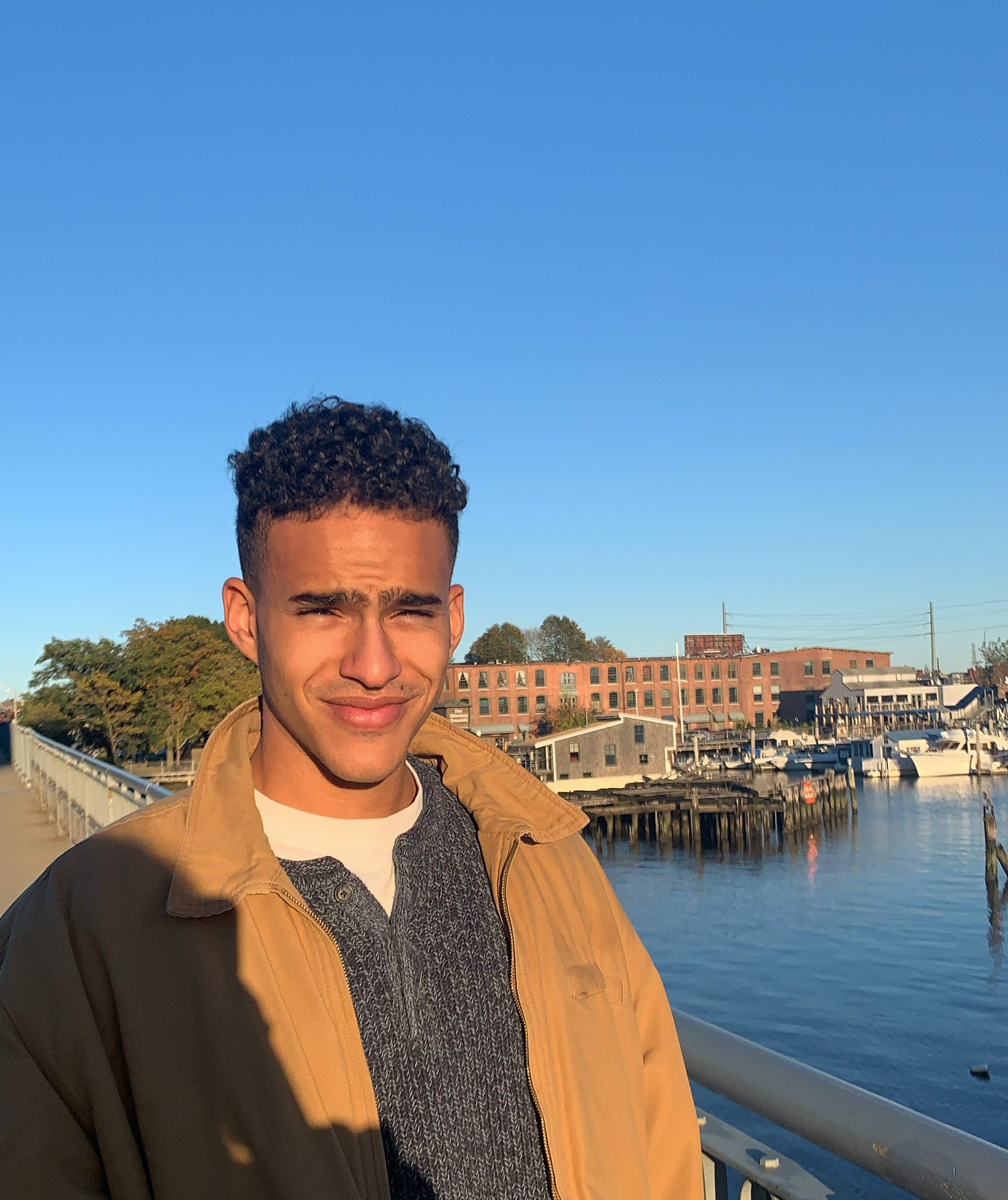 Whether creating the incredible OurCampus app to guide University students in choosing classes or helping out with Wi-Fi and computer issues, Tyler Lederer-Plaskett ’21 has dedicated his Wesleyan career to helping other students on campus. This week, The Argus Zoomed with the OurCampus co-creator and prolific Information Technology Services (ITS) head manager to talk about his hopes for Wesleyan students and the administration and his thoughts on his senior year during a pandemic.

The Argus: How are you doing? Are you on campus?

Tyler Lederer-Plaskett: I’m in New Haven, Connecticut, and I’m commuting to campus twice a week to get tested. I’m TA-ing for Professor Makaela Kingsley, the head of the Patricelli Center, for her social entrepreneurship class so I work for her on Tuesday and then come to campus and see people. You know, life is difficult right now but I feel very fortunate to be in this position that I’m in. That is entirely my mentality for all of COVID, from March until now. I have food on my plate, shelter. Even though I don’t really feel well—I definitely feel tired three weeks into the semester and I can’t believe the work that I have and even if it’s not that much, it just takes every ounce of effort and of my being to do it—I’m still grateful that I’m living the life that I’m living. I’m good but I’m also just okay.

A: It’s your senior year at Wesleyan? How are you feeling?

TLP: Just give me my degree [laughs]! I love my Wesleyan experience in a lot of ways, but at this point, with COVID, I’m excited to try to finish off this year strong, in both an academic and social sense, but to also just wrap up my college career to the best of my ability and to the point where I feel like I spent a great four years.

A: Are you taking any interesting classes this fall?

TLP: Yeah! Wrapping up my senior year I’m taking “The Integrative Learning Project” with Professor Rachael Barlow. The premise of the class is to write about your liberal arts experience so that you can remember it when you reflect back on your college time and look back and remember what you did. I’m excited to try to start documenting some of my important parts of my time at Wesleyan.

A: As the head manager of the ITS helpdesk in a time where most classes are held online, has anything changed regarding ITS at Wesleyan?

TLP: Yes, a lot has changed. We’ve kind of integrated the two main technology departments, which are ITS and IMS [Instructional Media Services]. ITS, which is where I am a manager for, is where students bring us problems and we help them with their computers and IMS is for classroom support. But in a time where the two are so intertwined and overlapping, there is a new streamlined communication where we are under the same supervision and the same boss. We also get a lot of people with issues, whether that is pertaining to Wi-Fi or their computers are broken and they actually can’t do anything for their class. We are doing well and shout out to Nour [Harzallah], just the most amazing individual ever and because I am a commuting student, she is pretty much single-handedly running the student IT department!

A: Obviously we have to ask about OurCampus. What inspired you to start it?

TLP: Rafael Goldstein ’21 and I were really frustrated with the lack of support from Wesleyan as far as promoting different aspects that would enhance both academic and social life. We saw other peer institutions who had different types of apps that were doing that and so we were just frustrated and we decided to take matters into our own hands and try to put something out there. And look, Facebook campus just came out a week and a half ago. When this all happened, when Raf and I started this two years ago, we kept on saying that something like this, it might not be OurCampus, but something like this would have to come out in two to five years because the needs of college students were not being properly met by whatever technology was already out there, so there needed to be some type of revised platform for college students to converse whether academically or socially.

A: OurCampus has so many active users…. How did you get the Wes community to start using the app?

TLP: If there was anything that put my face out there to be a WesCeleb, it might’ve been this! I was the head of marketing and communications for OurCampus so I was outside Usdan my sophomore year spring just trying to talk to people about the app, handing out flyers, and just being as annoying as I can be so everyone knew that there was something called OurCampus and telling people what it did. I was really talking about OurCampus to anyone that would listen and it really showed me that when I get behind a project, I can be very passionate about it. I think that was what helped, that I also loved what I was doing. It was a lot of fun.

A: What does the future of OurCampus look like?

TLP: It’s still a little up in the air. We have a couple of people working on it as we speak…. We’re just kind of playing around with it. But we have yet to come to a consensus on what the long term plans are.

A: What are your hopes for the app in the future?

TLP: My hope is…. I would say I’m a realist. I see a reality where it doesn’t necessarily succeed beyond Wesleyan but what I would say is I hope that Wesleyan students continue to recognize the shortcomings of the administration and how they fail to meet the needs of the student body. Take initiative like Raf and I did. I just hope that students continue to have that desire to help with the shortcomings of the Wesleyan administration. I hope the Wesleyan administration starts to recognize their shortcomings but also to support students who decide to tackle a lot of these issues instead of shutting them down. When Raf and I were starting with OurCampus, we felt like we were doing something really great for the school but felt like we were constantly butting heads with the administration at every turn. So I hope they change their mentality towards students developing different projects to help other students on campus.

A: I remember on WesAdmits you had posted a list of demands, trying to organize something for a just reopening. Did that develop any further?

TLP: It’s kind of funny. We put together that list of demands…. The administration was like, “Cool, thank you.” I think we got maybe four hundred, five hundred signatures on it. We got a decent number of people to sign onto it. I was in communication with Provost Stanton who was very receptive to the petition. I had a really great experience communicating with her and felt heard, felt like she understood the issues we were raising. To my understanding, where the petition is at now, along with the new petition that was started with a bunch of Wesleyan organizations, is that Wesleyan has a bunch of these committees to make these decisions. It’s just kind of stuck in the committee phase. Which you think they would have figured out before the semester started but they don’t. I believe there are still some things still up to be decided like the number of credits required to graduate, whether they’ll drop it from 32 to 31 just for this particular semester, I forget how it’s going to work…. Basically dropping the required credits to graduate to compensate and encourage students to take one less class this semester. I know that I’m mentally exhausted and I’ve tried to set up this semester so I’ll be least mentally exhausted. I can only imagine those who are doing four, even five classes. Obviously, you only need to do three to be enrolled but it would be nice that you wouldn’t be penalized for making that decision to only take three.

TLP: Next question! [laughs]. Hopefully, the job market will pick up, hopefully, we’ll be living in a different world than we’re living in now. I hope to be employed and I hope to be living not on the East Coast. That’s about all I can say at this time.

A: Any specific place?

TLP: No, no specific place. Keeping my options open. You can’t be looking, sometimes things just gotta come to you. So trying to let that happen, let things fall into place.

TLP: My favorite memory of Wesleyan is meeting my first-year roommate Jesse Marley ’21 on the first day of orientation.

This interview has been edited for clarity and length

Jennie Ebihara can be reached at jebihara@wesleyan.edu.