“This is Paris”: A Raw Look at the Original Influencer 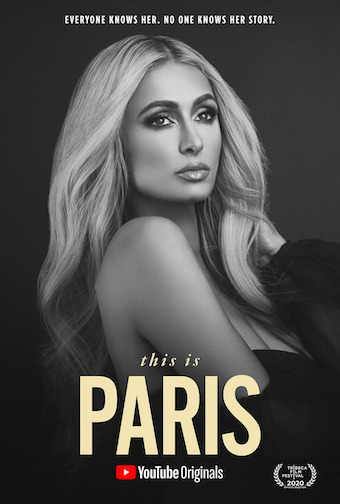 Content Warning: This article and the documentary “This is Paris” contains a discussion of physical, emotional, and sexual abuse.

Last week, I woke up to a couple of frantic texts from my best friend from home telling me how imperative it was that I watch the new Paris Hilton documentary. Being born in 2000, I think I missed the golden age of Hilton’s influence. Despite this, I see Hilton everywhere: in the models that I compare myself to online, the return of Y2K trends like low-rise jeans and platform sandals, the romanticization of party-girl culture. I see Hilton when I look in the mirror at my 5’1” dark-haired self, knowing that the bump on my nose will never fit into the beauty standard that Hilton helped create for women of my generation. I tended to think of Hilton as a pre-influencer influencer, someone shallow and uninteresting, using her sex appeal to keep her household name status. Not very feminist of me. If I’m being completely honest, her documentary changed my perception of her entirely.

Hilton is the great-granddaughter of the founder of Hilton Hotels. Her careers include media personality, businesswoman, socialite, model, singer, actress, and DJ. Hilton was a huge influence on the “famous for being famous” culture that we see today all over social media. She rose to fame in around 2003, when she and Nicole Richie starred in the hit show ‘The Simple Life’, where they left their glitz and glamour behind to live with a rural family in Arkansas. Her career took off from there, but not without bumps. She was embroiled in a sex-tape scandal for a while and was often reduced to her “dumb-blonde” persona in the public eye. She effectively was able to turn herself into a brand, making millions of dollars on various ventures. Today, she’s a media mogul, with 12.9 million Instagram followers. To put it plainly, Hilton walked so Kim Kardashian could run.

The documentary, titled “This is Paris,” is an hour and a half-ish emotional rollercoaster that prompted a series of distressing texts to my best friend about how badly I needed to unpack this. Free for viewers on YouTube, the documentary shows a side of Hilton that we, the ‘general’ population, never would be exposed to on social media. Hilton bares more of her soul publicly than I would ever expect from someone with her celebrity status, which is honestly quite refreshing. The documentary begins by following Hilton through a typical day: non-stop travel, non-stop outfit changes, non-stop selfies, and posting on social media. As the story progresses, the film focuses on her childhood and growing up within the Hilton dynasty. Hilton reveals more and more about the reform schools to which she was subjected as a teenager, describing horrendous physical and emotional abuse at the hands of the staff.

“I felt like a lot of the people who worked there got off on torturing children and seeing them naked,” Hilton says at one point in the documentary. “They would prescribe everyone all these pills—I didn’t know what they were giving me. I would just feel so tired and numb.”

Hilton openly talks about processing this trauma, describing the Post-Traumatic Stress Disorder (PTSD) she still struggles with to this day. She doesn’t sleep more than a couple of hours a night out of fear of the nightmares she still has about being taken from her home and forced into one abusive program after another. Directed by Alexandra Dean, the documentary was not initially supposed to be a story about Hilton’s life in the context of the abusive environments she had survived.

“She [Alexandra] told me, This is so important that you tell your story because you’re going to help other survivors and people who want to come forward with theirs,” Hilton explained during an interview on the “Drew Barrymore Show.”

Through a mix of close-up interviews, behind the scenes footage, and poised glamour shots of Hilton on stage, the red carpet, and at events, Dean effectively paints a picture of a woman working through the most traumatic experiences of her life, while simultaneously trying to stay relevant in the world she essentially created and a culture that rejects women once they pass a certain age.

After watching “This is Paris,” I found myself tearily scrolling through her Instagram feed as if signs of her past were going to leap at me from the colorful edits and silly captions. It reminded me of the #FreeBritney movement, of Beyonce’s song “Pretty Hurts,” of Lady Gaga’s struggle with eating disorders and bullying, and of Taylor Swift’s disappearance from the public eye for a year.

The list of female celebrities that our society has evaluated and decided are no longer necessary is too long to recount in one article, but the message remains clear: for women, our lives are a constant game of reinvention as we try to keep ourselves young and interesting and as a result must commodify our bodies and minds for the sake of survival. What makes Hilton relevant right now is her refusal to allow people to overlook and use her. It is this will that shines through in the documentary above all else. Her abject rejection of people’s rules and expectations for herself is refreshing and honestly funny: At one point in the film, she asks her security team to cut off the backstage bracelet that her then-boyfriend is wearing so he can’t bother her anymore before her show. The only rules that Hilton plays by are her own, but this edge doesn’t take away from the soft, loving, and quirky person that the film depicts.

No, celebrities are not “just like us”, but social media unites us all under the umbrella of a public vs. private persona. As much as we’d like to consider ourselves genuine on and offline, we are all different people in reality than we are on Instagram. While the role of celebrities and social media is still a bit of a toss-up (2020 has all of us rethinking how much importance we place on the “celebrity”), I truly think that Hilton will continue to adapt to whatever life throws at us next. Now, I don’t think Hilton will be my next role model, but I do think her documentary is a brave and original narrative that deserves the hype it’s been given.

At the end of the day, we all put up walls to protect ourselves from being hurt by the outside world. If I took anything away from “This is Paris,” it was that I needed a refresher in judging a book by her cover, probably something we could all benefit from.