Voices in Sports: A Conversation with Audrey McMahon ’22

Audrey McMahon ’22 is used to leading and inspiring her teammates on the ice; after all, she led the women’s hockey team in goals and points last season. This year, however, she’s hoping that she can help her fellow student-athletes translate their energy on the field, court, or rink into energy at the ballot box. 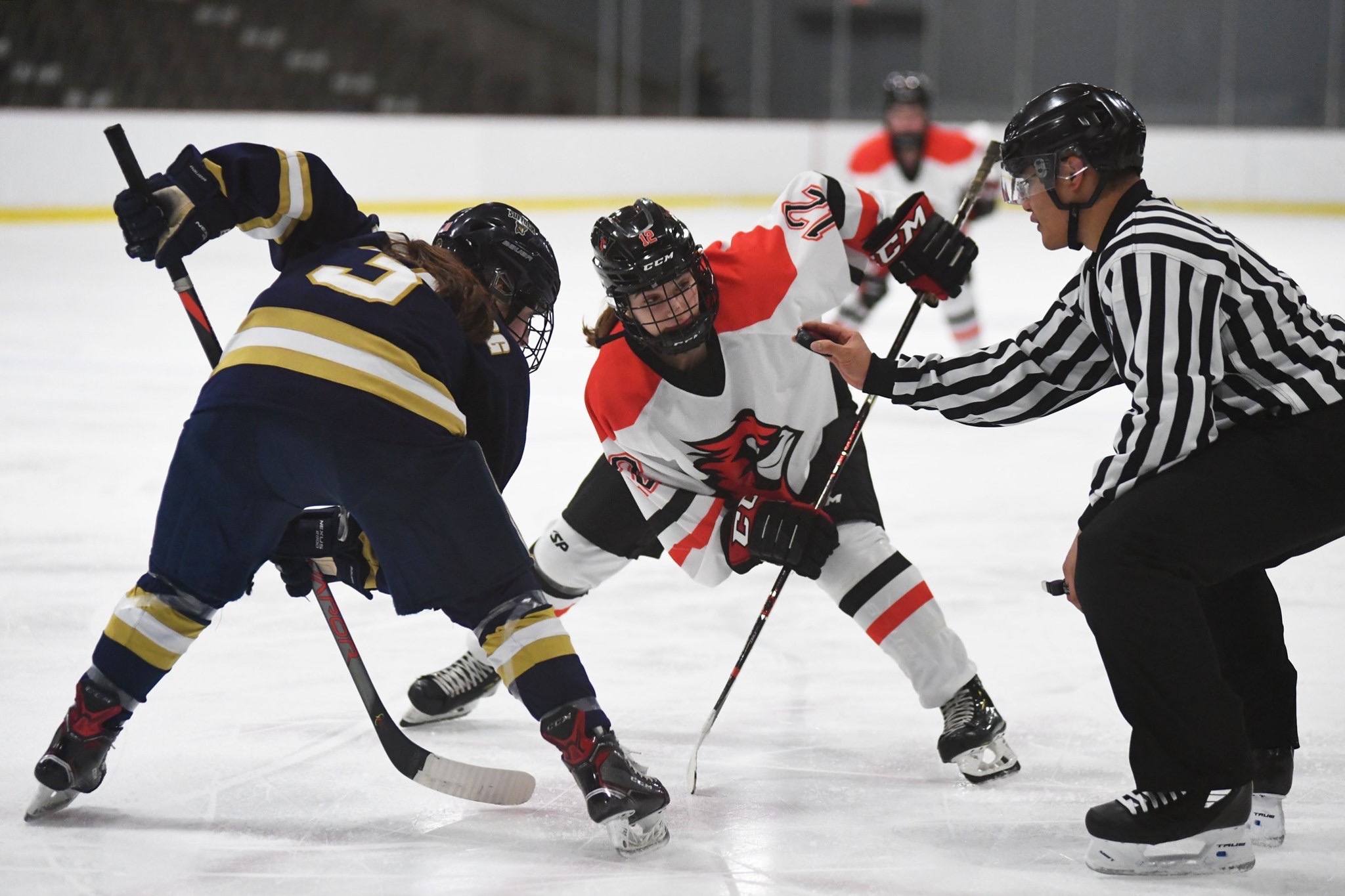 McMahon is Wesleyan’s resident ambassador for Voice in Sport (VIS), a nonprofit advocacy group dedicated to supporting women athletes. Founded in 2019, VIS seeks to eliminate funding gaps between men’s and women’s sports at all levels, while also supporting sports science research into the female body. In this specific initiative, however, VIS has partnered with fellow nonprofits Rock the Vote, Girls Inc., and Women’s Sports Foundation in an attempt to bring about the highest electoral participation by student-athletes in history for the upcoming U.S. general election. To do so, VIS has nominated female-identifying student-athletes at every NCAA institution to lead the charge in registering and motivating their peers to vote. At the University, a member of the NCAA’s Division III, McMahon has sought to implement VIS’s objectives on the ground as Nov. 3 draws nearer and nearer.

McMahon’s campaign is just one piece of a larger effort aimed at mobilizing young voters across the nation. Many in the political realm believe that the youth vote could be a source of untapped support; some recent campaigns, such as the one led by Senator Bernie Sanders of Vermont for the Democratic presidential nomination, have staked their electoral success on the possibility of high youth turnout. However, young people often do not participate in politics at high numbers. According to data published by the U.S. Census Bureau, only 46.1% of voters aged 18–29 participated in the 2016 general election, with all other age demographics at least 12 percentage points more likely to vote.

Despite these somewhat sobering statistics, McMahon has full confidence that her peers at the University will rise to meet the moment.

“The ultimate goal would be 100% of Wesleyan student-athlete voter registration and pledging [to vote],” McMahon said. “I am optimistic that we can reach this outcome. I think Wes students in general are passionate activists, and voting is a great way for our generation to start forcing a change in institutions that have been left untouched for a long time. There are many ways to create change—from grassroots organizing to participating in local government—and I think voting is one important part of a holistic approach.”

Many University student-athletes have already taken action this past summer in hopes of addressing other social issues, such as systemic racism. Athletes Taking Action, an organization founded by Jordan James ’21, Antone Walker ’21, Gabe Ravetz ’22, and Shackylle Dezonie ’22 of the men’s basketball team, raised over $48,000 in just two weeks in support of organizations dedicated to pursuing racial justice. In doing so, the group received donations from the athletic teams of 13 different universities and three high schools, including the University of North Carolina, Harvard University, and Williams College.

McMahon’s hopefulness regarding University students is also supported by the numbers; according to data collected by Tufts University and provided by the Wesleyan ENGAGE project, 56% of all Wesleyan students voted in the 2016 election, about six percentage points higher than the collegiate national average. Excluding students not registered to vote in the United States (such as international students), however, the University’s numbers are slightly less impressive. Only 66.5% of registered students at the University voted in the 2016 election, roughly matching the collegiate national average.

Undoubtedly, many students across campus will be trying to boost that rate, both among University students and young people in general. McMahon, however, sees particular promise for student-athletes to make their voices heard.

“Improving voting turnout is not exclusive to student-athletes. It’s important that every eligible American votes, especially young voters. That being said, we’ve recently seen that athletes on the national stage, from the WNBA to the NFL, have the power to drive social and political change. Wes student-athletes have already proven how to do this as well. From the Athletes Taking Action initiative started by players from the men’s basketball team to the men’s soccer team’s involvement with Poll Hero,” said McMahon.

“I think that’s partly because athletes tend to work in teams. We’re really good at working together to reach a collective goal by holding each other accountable. We’re using the power of our networks as a strength.”

When asked about McMahon’s work, women’s hockey head coach Jodi McKenna was not surprised. Rather, she suggested that it may just be par for the course for the junior forward from Chicago, Ill.

“What I see day in and day out on the ice with Audrey—and the rest of our student-athletes—is a direct reflection of who they are as people,” said McKenna.“Audrey approaches everything she does—whether it’s academics, athletics, friendship, social justice—with a fierce work ethic, empathy, and a no-BS approach…. Because of where we are as a country at this moment, people need to step up and make change happen. I am not surprised Audrey is trying to do just that.”