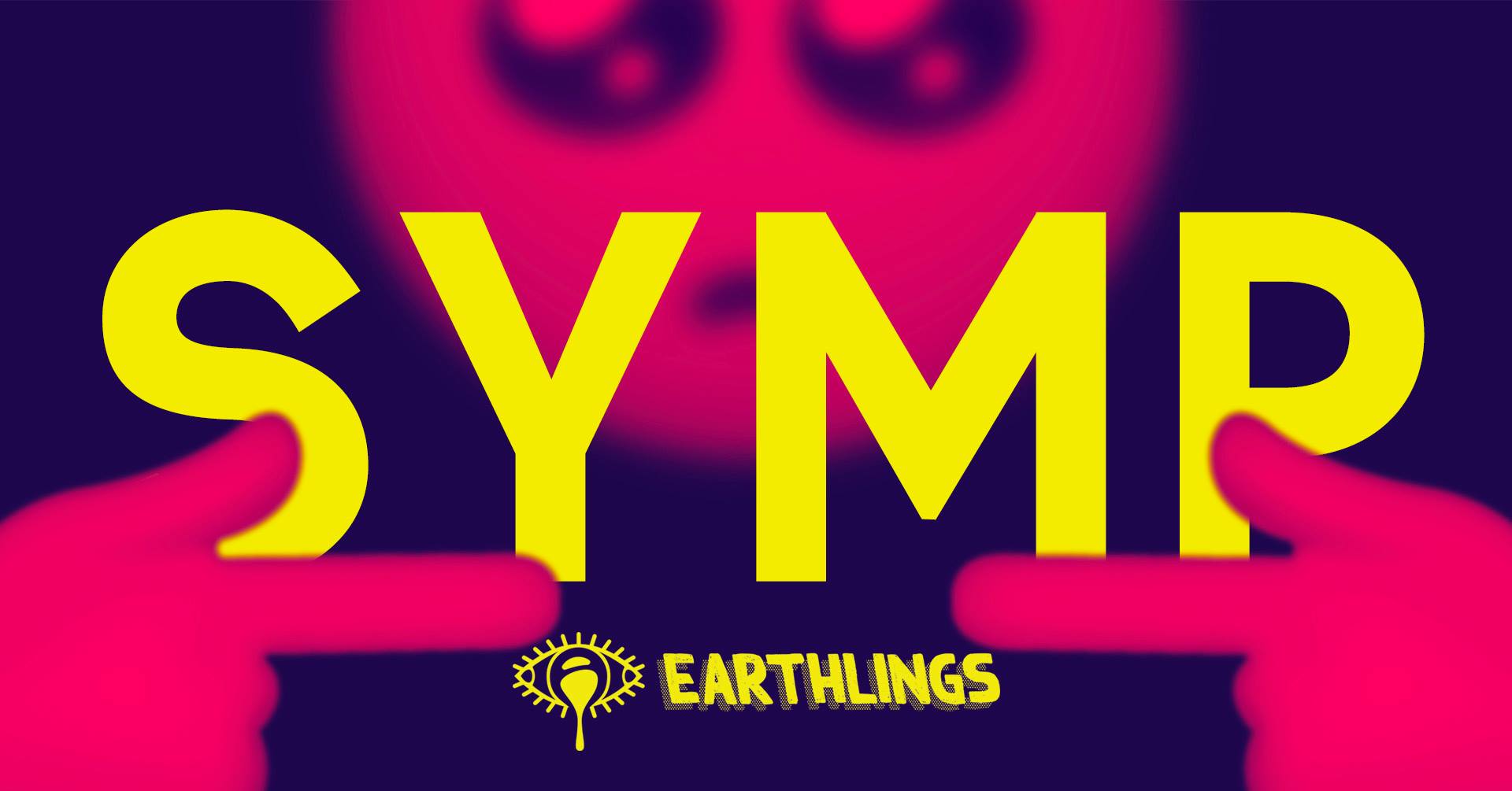 The first time I realized I had a crush was in a theater. It was my freshman year of high school and I was on a blackbox stage, pretending to be gay. Or rather, I was letting down the very loose charade of straightness that I maintained everywhere else in my life and was performing myself for the first time. In the show, I was playing a fabulous gay best friend who has a crush on a handsome waiter. The only problem was, the actor playing the waiter started attracting my attention in all the wrong ways. We looked strangely similar, made the same pop culture references and were occasionally mistaken for each other. It became hard to know where the performance stopped and reality began; whether the magnetic pull I had towards him was one of identification, attraction, or something else entirely. All I knew was that the feeling was crushing.

Ever since the creation of storytelling, thinkers have sought to explain and dissect this feeling. One of the strangest examples of this is found in Plato’s “Symposium,” an ancient Greek text recounting a conversation between philosophers in praise of Eros, god of love and desire. At a dinner party, the comic playwright Aristophanes theorizes that humanity was borne out of androgynous creatures with four arms, four legs, and two faces. These beings spurred the wrath of Zeus, who split their bodies in two and left behind two incomplete humans, desperately trying to reclaim their unity. In Aristophanes words, the “intense yearning which each of them has towards the other does not appear to be the desire of lover’s intercourse, but of something else which the soul of either evidently desires and cannot tell…” We are cursed to wander aimlessly for our other half, guided by a porous, strange, and unspeakable craving.

It’s this craving that animates all the characters in “Symp,” a modern adaptation of Plato’s Symposium for our current age of hopeless internet stalking, stunted intimacy, and chaotic late night texts. Devised by the Earthing Performance Collective in Scroggin, Texas over quarantine, the show was crafted and acted by University graduates Ramsay Burgess ’20, Ava Calabrese-Grob ’20, Max Halperin ’20, Nathan Mullen ’20, and Maggie Rothberg ’20. Premiering virtually on July 31, “Symp” is a scintillating portrait of how attraction manifests in the 21st century, whether that be in panicked outbursts or tender confessions of devotion.

The title of “Symp” itself is a winking nod to the moniker “simp,” or someone who does way too much for a person they like (see also: the millennial phrase “whipped”). The play on words prepares the audience for a meta-theatrical experience: at all times the actors are portraying both themselves, their past selves, or characters from Plato.

Structured like the Symposium itself, which episodically tracks different speakers’ monologues, “Symp” is a series of very different vignettes, some of which take the form of a lecture.

“[The Symposium was an] ancient Greek ritual in which who we might call the ‘clout kids’ of Athens got together,” Rothberg explained.

They later join Calbrese-Grob for a power-point presentation on past crushes between the ensemble. Other scenes are parodic, like a drinking game presented as a variety game show, where Jace Arouet ’21 and Emma Minges ’21 question the ensemble on their real-life simp actions in the past. The most pointed of these satires is when guest actor Esme Ng ’22 cheerfully interviews the celebrated playwright Agathon (Burgess) before hitting them with a gotcha question:

“How much longer must we be subjected to stories about rich white people in agony before playwrights realize there are more compelling stories to be told? Do you care to comment?”

Some scenes are even incredibly vulnerable, such as when Mullen and Halperin read (apparently) real text messages to their exes.

“I’m fucking terrified to express my needs to you,” says Halperin as pictures of his own shirtless mirror selfies float around him.

“I don’t want to let go of you,” Mullen admits, his face only illuminated by his laptop’s blue glow. “I’m not sure I even could if I wanted to.”

Over time, a structure starts emerging out of these alternating moments. Agathon (Burgess) is holding an epic night of debauchery in their own honor, while also grappling with their entitlement for the first time. Invited are roommates Eryximachus (Mullen), an uptight rule-follower, and Aristophanes (Halperin), a laid-back stoner. Their relationship is sneakily progressing into flirtation, with neither one of them sure of what to make of it. Also invited is the wise mentor Socrates (Rothberg), whose young protege Alcibiades (Calabrese-Grob) keeps sending nude pics and unironic messages like “what are we????” or “I’ve decided I want to be lovers.”

Audience members might have considered the focus on two same-sex couples as a queering project, if “Symp” didn’t go out of its way to remind us that in ancient Greece, the concept of homosexuality wasn’t static. The actors remind us that pederasty—the sexual and emotional relationship between an older man and a younger boy—was seen as the peak of intellectual exchange. Mullen and Halperin have a palpable chemistry, their flirtation verging between antagonistic and delightful. Even more complex is the relationship between Rothberg and Calabrese-Grob. Rothberg offers a restrained performance, their eyes glazing over between logical remarks and paternalistic quips. But Calbrese-Grob charges forward with adolescent angst, ranting at Rothberg’s supposed gaslighting in their nearly father-son relationship.

The show ramps up especially once all the characters arrive at the house party, a luminescent scene whose melodrama even the singer Lorde could admire. Revelry, gossip, intoxication, unrequited feelings, and impulsive actions all combine into a swirl of devastation. This is also the most technically impressive scene, occurring continuously for around 15 minutes, and making use of multiple camera angles and voice-overs. Rarely has Zoom theater acquired such a sense of cinematic rush, and directors of photography Daniel Osofsky ’20 and Jake Brodsky ’20 should be commended for making staring at a laptop so dynamic.

The cinematography is pushed even further, when a drunk Alcibiades delivers some slurred words that transform into a mental breakdown, and even potentially an act of self harm. Suddenly the live performance becomes a self-contained film, starting with an absurdly campy music video of “Love Shack,” but then turning to a long-overdue confrontation between Alcibiades and Socrates. The fluidity of their relationship—unlabeled, unnamed, inexclusive—does have its freedoms. But Alcibiades’s desire for stability, for wholeness, threatens to undo their entanglement with each other at all.

Maybe simping isn’t an act of weakness, but rather an act of creation: of putting together words to the unspeakable act of love. As a different Lorde (Audre) reminds us, poetry is not a luxury, but rather an “illumination, for it is through poetry that we give name to those ideas which are—until the poem—nameless and formless, about to be birthed, but already felt.” The show ends with a return to the actors themselves, imagining their futures together, imagining the power of giving words to their intense feelings. It is their unity in chasing this goal that provides some sort of way forward, despite the pain.

Along with its adaptation of the Greek text, “Symp” works within another tradition too: the collective of artists, stranded in nature, left to their own devices. In these stories, it’s the collective’s creativity that serves as a means for survival and a way to form their identities in isolation. In fact, these narratives are such a staple of Texan culture that Texan art has almost become a genre unto itself.

The filmed sections of “Symp” flicker with a Terrence Malick sense of wonder, feeling both delicately personal while still capturing the vastness of the teeming land. I’m also reminded of Joey Solloway’s television adaptation of Chris Kraus novel “I Love Dick,” in which a band of intellectuals (obsessed with a famous sculptor named Dick) work in the secluded artist colony of Marfa, Texas. One of these intellectuals writes to Dick, “Who is this rich famous person who got to make whatever he wanted in the desert? Did he know how much I had suffered?”

The wide spectrum of suffering in 2020 pops up a few times in “Symp,” such as when Burgess questions the lack of diversity in her work, or when Halperin expresses the income disparity between him and his ex. But for the most part, themes that course through the veins of this year’s blood—systemic injustice, the oppression of late capitalism, police brutality—are sidetracked for decadent interpersonal stories. Despite having many people of color as designers for the show, the two people of color who appear on screen (Arouet and Ng) for the most part function as sly commentators outside the action of the plot, like the underutilized POC narrators in Young Jean Lee’s “Straight White Men.” In the end, the show centers its internal feelings of White Guilt, and not the voices of the marginalized.

It’s frustrating because I know of other Texas-based art that willingly engages in the wide racial diversity of its state, while still engaging in beautiful, crazy nights of longing. Houston is depicted as a city of glistening highways, shifting temporalities, and cowboy pleasure in both Solange’s music film “When I Get Home” and Jia Tolentino’s essay “Ecstasy.” This year’s Fort Worth-set film “Miss Juneteenth” offers a stark contrast to “Symp.” In that movie, Black characters also get to make love and fuck up and hurt each other in the way that “Symp’s” Greek characters do. But they do so with greater self-awareness of the conditions of Black life.

There were times when watching “Symp” that I grew envious of the unfiltered dreaming these characters (and actors) were able to conjure. Earthling Performance Collective is essentially a closely-knit friend group, but one that had considerable institutional and social power on Wesleyan’s campus. These were the people I watched get cast in so many Second Stage shows, and had leadership positions in many theater department productions. Their senior year, most of the actors were able to produce a theater project (a thesis show, a musical staged reading, a devised piece, a Spanish play) with the full support of the University. I watch them all together on social media and in this play, knowing that I might never join their circle of friendship, and become infuriated and self-loathing.

Just like the character in “I Love Dick,” sometimes I too want to scream, “Who are these white people who get to make whatever they want at Wesleyan and in the real world? Do they know how much I have suffered?”

But sometimes, I find myself reflected in their work, too. Maybe I’m just a simp for these people, the magnetic pull of my first crush translated onto them now, full of unspeakable craving I’m only now starting to put into words. In that moment, it’s as if they become avatars for my own suffering, and we’re together in our shared sense of never being good enough for others.

It’s times like these that make me reflect on how deeply I want to be loved by them. How deeply they want to love. How deep the chasm is between us, how far apart we will always be. And, more than anything, how deeply we are left unsatisfied by the addictive crush of love.