Hello Argus readers! These are strange times indeed. I hope that wherever you are, you’re staying safe and finding ways to avoid being overcome by boredom and/or dread. Perhaps you’ve already exhausted everything that Netflix has to offer and you’re now looking for more analog forms of entertainment. If so, here are some books that I think will help you pass the time, split into two general categories.

The first consists of books that feel uniquely appropriate for our current situation, for anyone who finds it comforting to have their current feelings—fear, anger, loneliness—reflected back at them. The second is for people who would rather be distracted than validated, who miss travel and human touch and the outside world and would like to spend 300 pages pretending those things are still readily available. I will spare you any self-involved grandstanding about the significance of art in times of crisis and just leave it at this: When I am sad and scared, as I often am these days, I find literature to be a palliative. If you do, too, then I hope this helps.

If you need to read something that reflects your current circumstances: 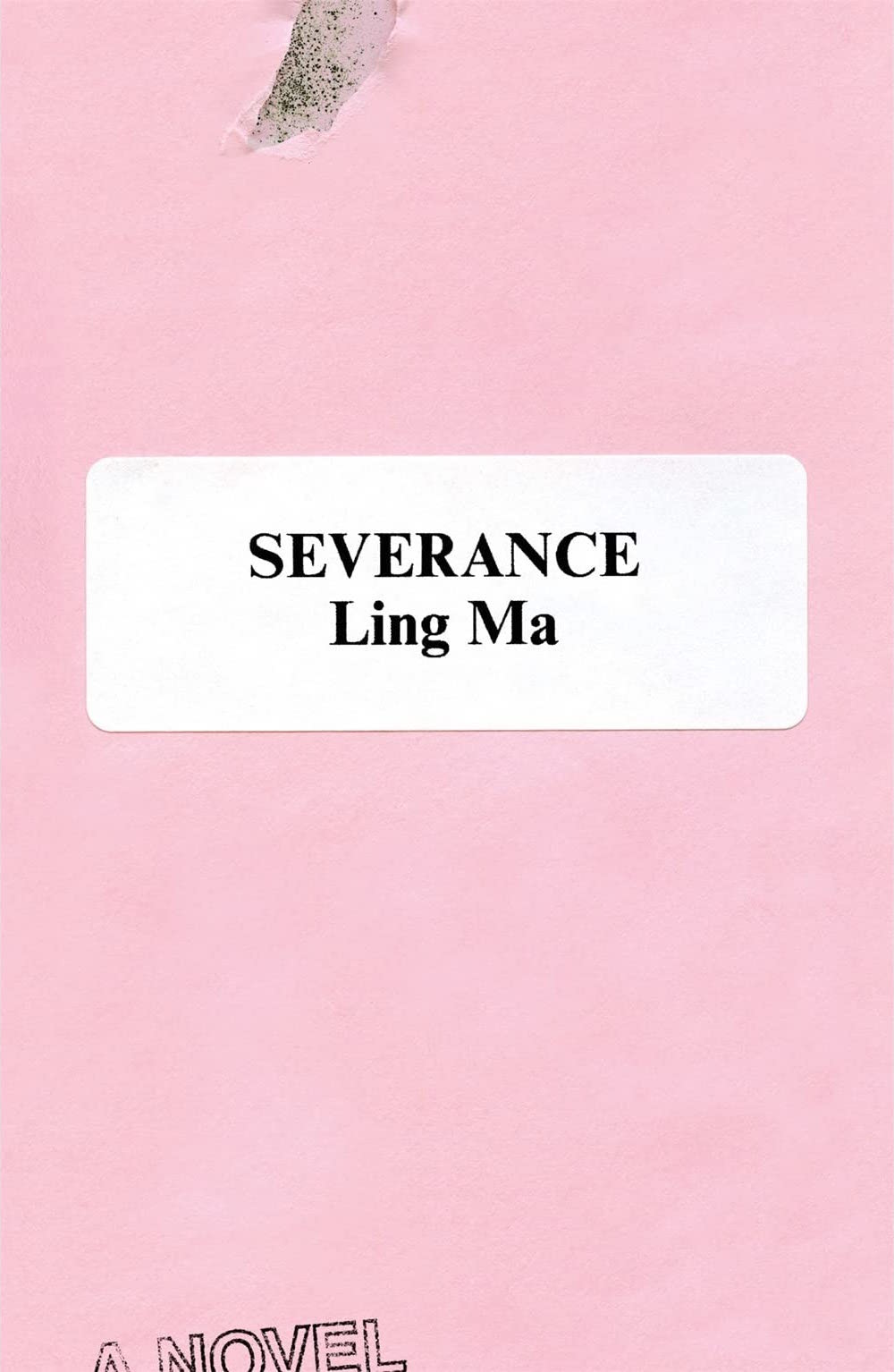 Perhaps the most on the nose of all the books mentioned here, Ling Ma’s widely acclaimed 2018 novel follows a young woman named Candace Chen in the wake of a global outbreak of something called Shen Fever. There are plenty of obvious parallels to the current pandemic (the fever comes from a flu-like virus that originates in China), but the effects of Shen Fever, which turns people into zombie-like shells of their former selves, are more dramatic than those of COVID-19. This premise makes “Severance” sound like science fiction, but it’s not really. Its publisher’s website describes it as “wryly funny, apocalyptic satire,” which is closer, but still not quite accurate. It is a perceptive meditation on millennial malaise and on finding self-actualization in a world of constant, meaningless work. Shen Fever is less a horror unto itself than a phenomenon that lays bare the true horrors of late capitalism. I told you it was on the nose.

Another pandemic novel, the majority of “Station Eleven” takes place in a world decimated by a fictional strain of swine flu known as “Georgia Flu.” The virus spreads quickly and catastrophically, killing the majority of the global population in a matter of weeks. The story follows protagonist Kristen Raymonde, a member of the Traveling Symphony, a group of artists who travel through the Great Lakes region performing for local residents. “Station Eleven,” which quickly turns into a mystery about a strange figure known only as the prophet, is closer to a traditional dystopian novel than “Severance,” especially given the speed and decisiveness with which society unravels. Yet even in the worst, most cataclysmic of all possible scenarios, the essential characteristics of humanity—curiosity, hunger for art, reliance on nostalgia—remain.

“The Lonely City: Adventures in the Art of Being Alone” (Olivia Laing)

Unlike the preceding books, “The Lonely City” is not about a fictional pandemic and, in fact, is not fiction at all. Laing’s book is difficult to categorize: It’s part memoir, part art criticism, and part reflection on the nature of loneliness—more specifically, the paradoxical experience of loneliness in a crowded urban environment. Interspersed with descriptions of Laing’s own experiences moving to New York City in her 30s and the crushing solitude that ensued are discussions of a number of cultural figures who dealt with loneliness in their own lives and work. Of these figures, Laing focuses most closely on four artists—Edward Hopper, Andy Warhol, Henry Darger and David Wojnarowicz—and the insights she has gained from studying each of them. For anyone struggling with social distancing, “The Lonely City” is a timely reminder that isolation, while often devastating, can still be meaningful. There is nothing more universal than feeling alone.

If you need to read something that distracts from your current circumstances: 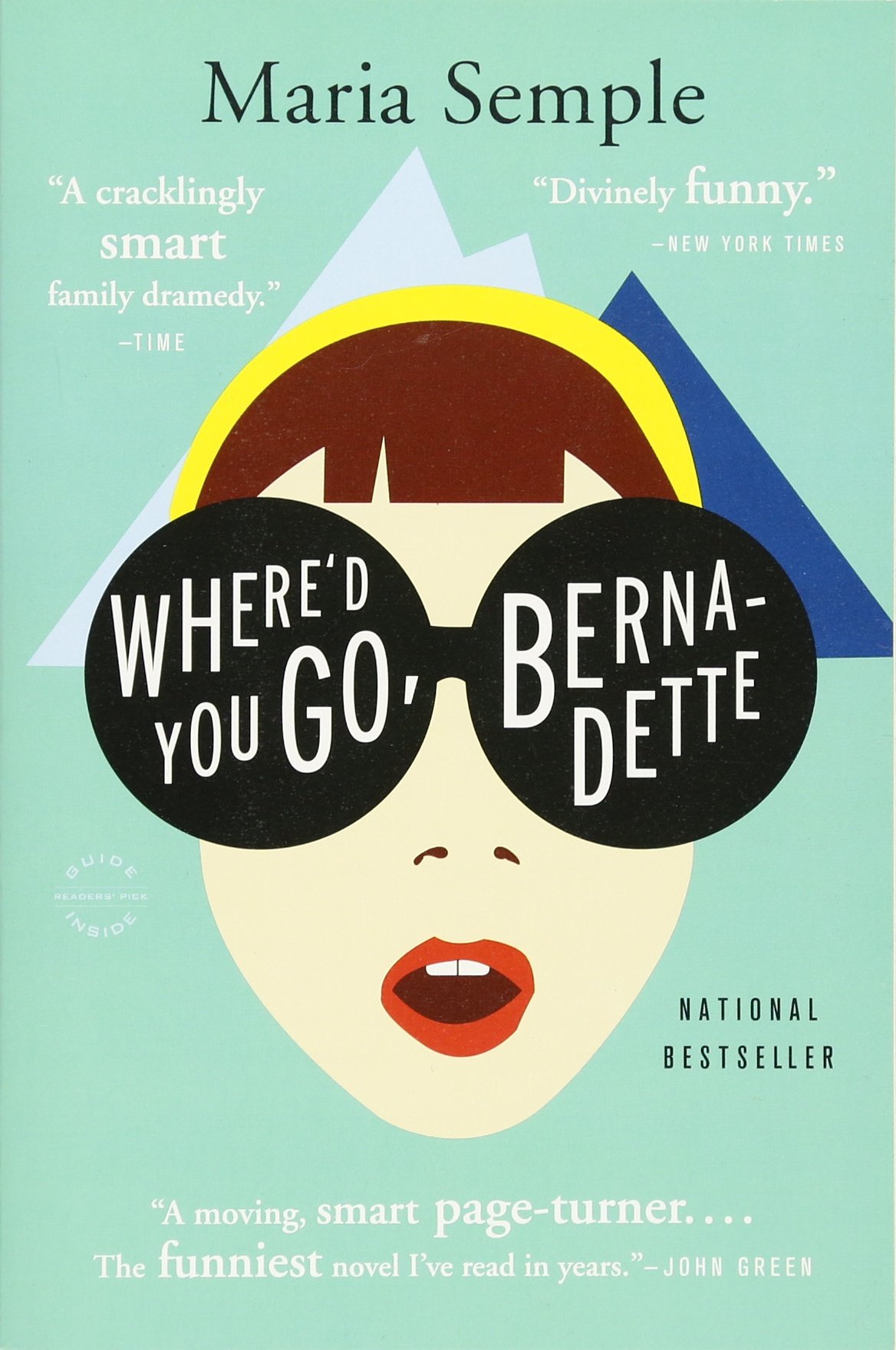 An epistolary novel, “Where’d You Go, Bernadette?” uses a series of emails, report cards, receipts, and other documents to slowly unravel the story of semi-retired architect Bernadette Fox, who lives in Seattle (and hates it) with her good-natured husband and precocious daughter. Semple is mercilessly funny, skewering every aspect of Seattle culture, from self-righteous PTA moms to the ever-present Microsoft shuttles, and steadily escalating Bernadette’s antics up until her mysterious disappearance before a family trip to Antarctica. However, the rising chaos of her novel eventually crests to reveal a story of surprising tenderness: one about grief and how to recover from it.

Greer’s Pulitzer-winning novel follows Arthur Less, a kind but somewhat washed-up novelist whose most recent book has been rejected by his publisher and who finds himself abruptly single after the younger man he has been in a sort-of-relationship with leaves him to get engaged to someone else. Desperate to avoid this ex’s wedding, Arthur rapidly accepts a number of invitations to literary events of somewhat dubious merit—a panel in Mexico, an obscure awards ceremony in Italy, a guest professorship at a university in Germany—which give him an excuse to both skip the wedding and go on an international vacation. In lesser hands (no pun intended), the story of a middle-aged man finding himself by traveling around the world might feel tired, but Greer pulls off a story that is equal parts sharp satire of the literary world and genuinely moving love story to great effect. 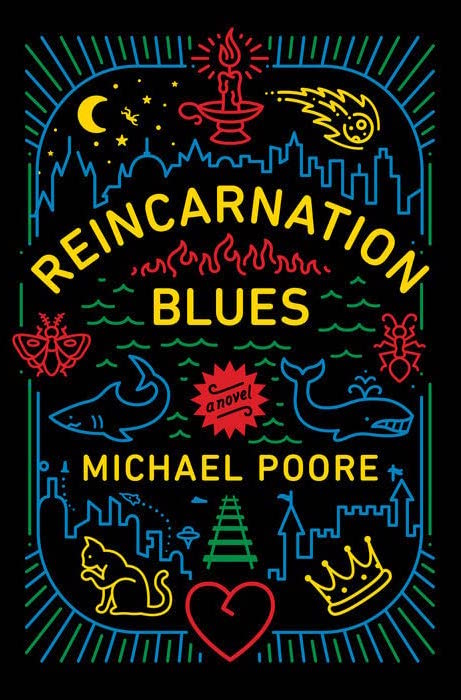 For a book about death, “Reincarnation Blues” is both surprisingly funny and surprisingly uplifting. In the world of Poore’s novel, when someone dies without having achieved perfection they are reincarnated as someone new. Everyone has ten thousand chances to attain perfection (or else face eternal oblivion), and while most people do it in less than that, protagonist Milo has already used up 9,995 lives without getting there. “Reincarnation Blues” is split between the afterlife, where Milo spends time between reincarnations trying to figure out how to finally get it right, and his successive lives on Earth, which are scattered at different points throughout the past and future. The resulting novel is irreverent and often weird (the personification of Death, named Suzie, is not just a character in the story but the main love interest), combining sci-fi adventure, romance, and contemplation of what it means to live a good life into something that feels like more than the sum of its parts.