Yerba is Here to Stay: Guayakí Yerba Mate Will Continue to Be Sold at Wesleyan 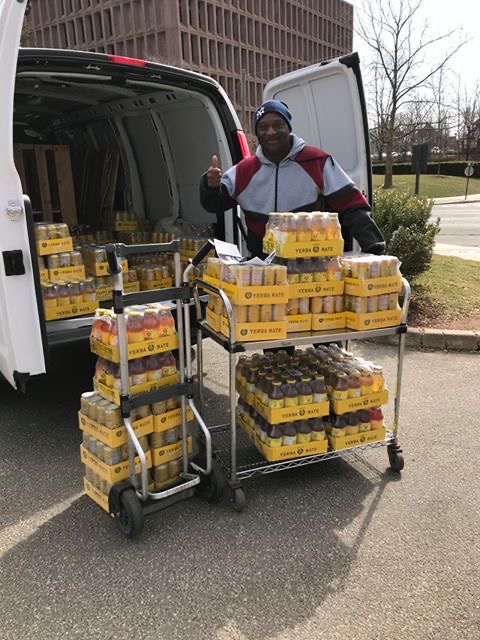 Guayakí Yerba Mate will continue to be sold at Weshop, following discussions between Weshop employees and Guayakí representatives. Despite Guayakí changing their distribution model from suppliers to individual ambassadors, the company did not have plans to stop distributing Yerba Mate to the University until hearing about a potential case of the coronavirus disease (COVID-19) at the University earlier this spring.

“I was on my route a couple of times earlier, but someone wrote an article about coronavirus,” Guayakí Hacedor, or distributor manager, George Delmor said. “I’m not quite sure what it was but that kind of held up the process because we were trying to make sure I was safe. So that’s what held it up for two weeks. But you guys are on the route.”

The company’s concerns about COVID-19 were not communicated to Weshop. After Guayakí representatives read an article in The Argus announcing Yerba would be discontinued at Wesleyan, they reached out to Weshop.

“So Guayakí had their name for Google Alerts and as soon as your article came out, they were notified through their Google Alerts,” Weshop manager Gary Kriksciun explained. “They immediately made contact with us and started the whole process of setting up deliveries.”

Guayakí representatives went in person to Weshop soon after reading the article to speak to management.

“They showed up immediately,” Kriksciun said. “And then we got it all straightened out. And here we are, back.”

According to Guayakí’s website, as a Hacedor, Delmor is responsible for managing full distribution of the Yerba in his assigned area.

“The Hacedor means that I am the guy who does all the frontline running,” Delmor said. “I make all the deliveries, the stops, sales rep, and do most of the marketing and merchandising of the product.”

Delmor also spoke about the company’s move toward self-distribution.

“[Guayakí] is a progressive company,” Delmor explained. “We went into self-distribution in order to give opportunities to other people and create jobs because once again, the culture of Yerba Mate is the environment and people.”

Students and Weshop staff alike were overjoyed to see Delmor at Weshop.

“I was really excited,” Destinee Castillo ’22 said. “I was there when they brought it in.”

“When I pulled in and saw him unloading the Yerba, I was just like ‘oh my god!’ and I scared him,” Weshop cashier Wendy Norton said.

Students also seemed to be confused by his arrival.

“There’s students out there going nuts because they’re all confused and they don’t understand,” Norton said.

Delmor made it clear that Guayakí has no plans to suspend service.