Women’s Hockey Concludes Their Season With a Disappointing Finish 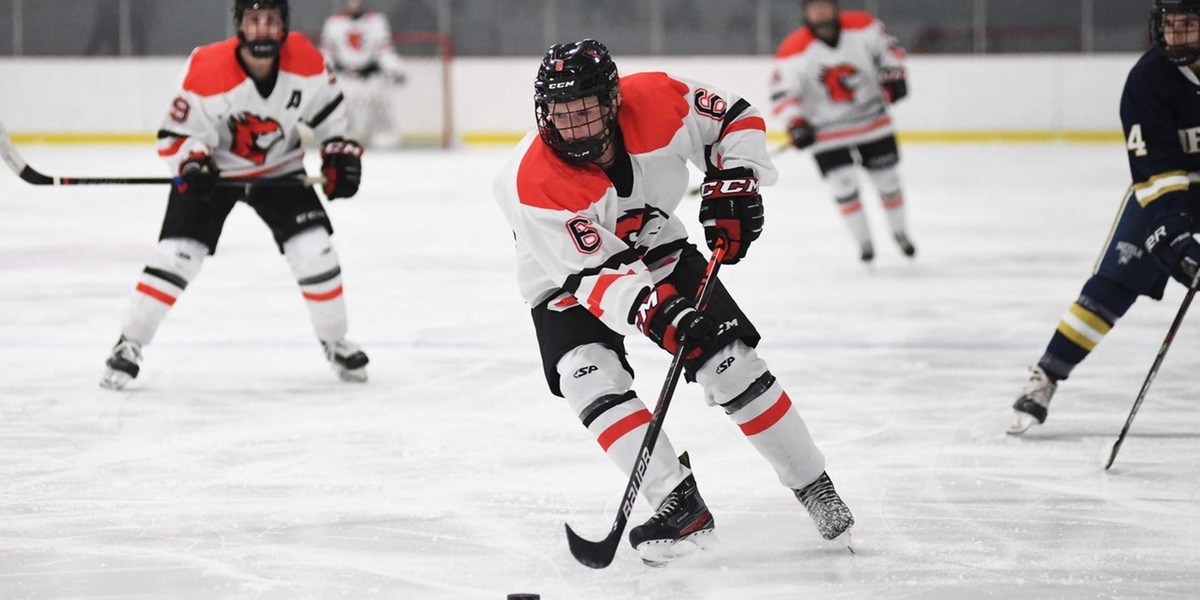 Last weekend, the women’s ice hockey season came to an end. It was a rough year for the team, particularly in the final stretch, in which they won only one of fifteen games. All in all, the team went 7–16–1 for the season, with a conference record of 1–14–1.

In their Feb. 14 matchup with Hamilton, both teams went scoreless in the first period. Things changed quickly, however, as Hamilton managed to score four uninterrupted goals in the second period. The teams split the third quarter scoring 1–1, giving Hamilton the 5–1 victory. Cardinal goalkeeper Allegra Grant ’20 put up an honorable fight with 40 saves in net. The main issue for the Red and Black was clearly in the game’s shot distribution, given that Hamilton managed to put up a total of 45 shots on goal compared to Wesleyan’s 11.

Wesleyan’s second half of their back to back with Hamilton ended similarly. The team started by honoring their seven team seniors, Grant, Miranda Nestor ’20, Caroline Seibold ’20, Colleen Castro ’20, Allie Damren ’20, Alicia Nickolenko ’20, and Sam Smith ’20. Hamilton scored two quick goals in the first period, followed by another three in the second period. While Wesleyan did manage to get on the scoreboard near the end of the second period, off a shot redirection from Damren, their scoring ended there. The game finished with another 5–1 Hamilton win.

On Feb. 21, Wesleyan played Trinity College in their final home game of the season. The Bantams are No. 8 in the ‘CAC, one spot ahead of the Cards. While Trinity started the game off strong with a number of good shots on Wesleyan’s net, Grant proved why she’s an All-American, raking up a number of great saves to keep Trinity off the board. Ten minutes into the game, Castro launched a beauty of a pass to Bridget Cornell ’23 who—after a blocked first attempt—managed to pound the puck in for the first score of the game. Following a mutually scoreless second quarter, Wesleyan managed to score their second point of the game when Sophia Marra ’21 displayed enormous finesse and redirected a shot from Nestor into the goal. This solid scoring output, combined with Grant’s maintained defensive dominance, gave Wesleyan the 2–0 win. While the year certainly didn’t go as the team hoped for, winning their final home game in such powerful fashion is a bittersweet way for the seniors to end their final season.

The next day in Wesleyan’s final game of the season, the Cardinals lost a close one at Trinity in overtime. The Cards started out quick with their lone goal coming at the hands of Cali Stevens ’22 after only five minutes. Following the score, however, the goal seemed to shrink for Wesleyan, as the team failed to score again the entire day. With a 1–1 tie propelling the game into overtime, it was Trinity that capitalized on a power play to win the game 2–1. Smith performed solidly with 39 saves, but unfortunately finished just one save short of what the team needed. Honestly though, the season had really ended many days before. At this point, both Connecticut teams were playing for little more than their pride.

This was a tough season for the Red and Black. The year started out hopeful, with Wesleyan taking a 6–3–1 record into January 10th. Over that early span, the Cardinals posted encouraging results against Post University and Manhattanville College, and recorded a solid tie against no. 10 Colby. Unfortunately, the Cardinals proceeded to drop the next 12 games in a row, mainly against conference opponents. Lowlights included a 7–1 shellacking by Williams, a 3–0 shutout by non-conference foe Endicott College, and a narrow, dispiriting 1–0 loss against Amherst. While it may not have relieved the sting of a tough season, the team’s ultimate victory over Trinity offered at least a sliver of hope for the seasons to come.