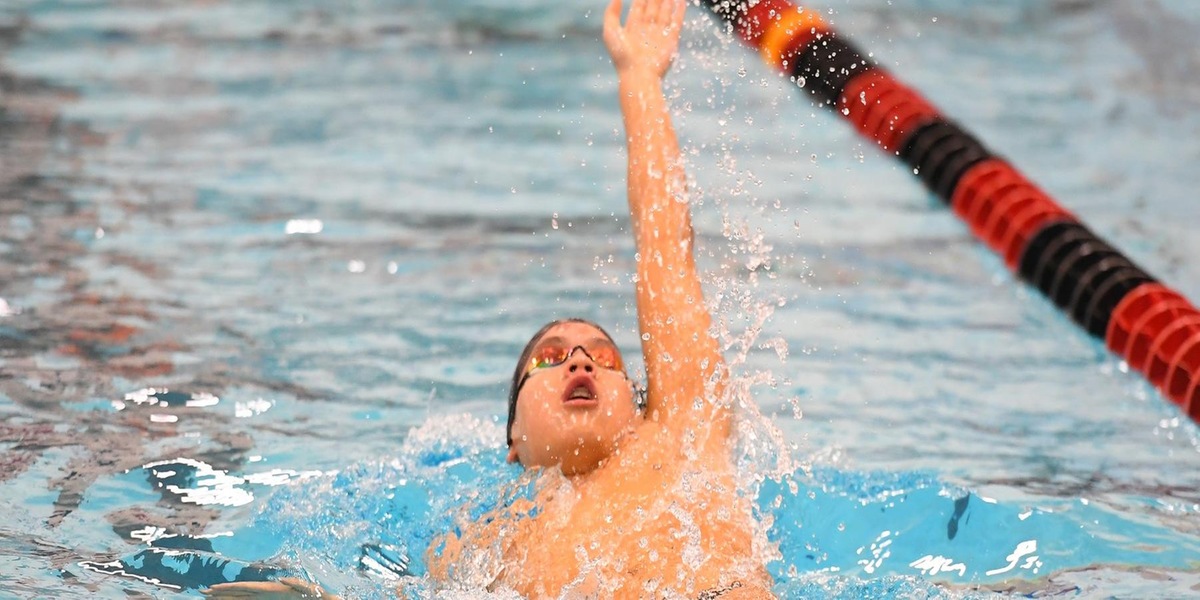 Men’s swimming and diving plunged into last place during the NESCAC Championship last weekend, signaling the end of a hard-fought season. Even though the Cardinals ended their competition with only one team win overall, the Red and Black boasted many bright individual relay and team performances across the board.

This year’s first-year roster made big strides in the water, consistently taking top honors in their races. At the NESCAC Championship this past weekend, they continued to excel. In fact, the first-years were the only ones on the team to reach the podium, even though they were new to NESCAC competition.

“Competing for NESCACs the first time was definitely an exciting moment for myself and for the team, since it was the meet where all of our hard work throughout the season would finally pay off,” first-year Mason Polaner said. “We were also excited to see what our new freshman roster would be able to do for the team in terms of points scored and placing in finals. It also made me realize just how incredibly fast and well-developed a lot of the teams in the NESCAC are, and where the strengths and weaknesses lie not only for our team but for other teams as well.”

The 800 freestyle relay team—consisting of first-year squad Polaner, Eric Tran, Jeremy Kim, and Richard Ettinger—definitely showed its strength during the final, garnering an impressive eighth-place finish. The Cardinals clocked in at 7:01.66, nearly four seconds behind seventh-place Trinity and 0.32 seconds ahead of ninth-place Hamilton.

“My highlight of this year NESCACs was standing on the podium with my fellow teammates…for the 800 freestyle relay,” Kim wrote in an email to The Argus. “It has been quite some time since Wesleyan took a place on the podium, so I was pumped and happy to represent our team and school.”

After the relay, Tran went on to find success in his individual race, placing sixth in the 200 butterfly in 1:51.87. Tran just missed fifth-place as a Williams competitor clocked in .36 ahead; however, he cleared seventh-place by almost two seconds.

“The highlight of NESCACS for me had to have been watching Eric’s 200 fly during finals on Sunday night and seeing him make podium,” Ettinger wrote in an email. “I know the meet up until then didn’t go as well as he had hoped so to see him end on a high note was really special. To be able to get up and give 100 percent in the hardest event on the night of the last day isn’t easy, but if anyone could do it, it’s Eric. He’s one of our top swimmers and just worked so hard this year in season so I really wanted the best for him.”

Tran was happy to have the support from his teammates, and noted it was unlike anything he’d experienced in competition before.

“My highlight of the meet was seeing the team rally behind each other, especially during the relays,” Tran wrote in an email to The Argus. “The atmosphere on the pool deck is different from any other meet I’ve been a part of. Looking on to the crowd of Wesleyan supporters in the stands made it that much better.”

Despite the team’s enthusiasm in cheering on Tran and the relay team, the rest of the meet didn’t go as they had hoped. The Cardinals sunk to last place in the NESCAC, with 274.5 points overall.

“For the team and individually, we did not perform as well as we wanted to,” Kim said. “Our team had high expectations and in the end, we weren’t able to completely reach all of them. I was very frustrated and unhappy with my results.”

Ettinger agreed, noting that there were outside circumstances that made competing last weekend even more difficult.

“There were many things that were not in our control, such as illnesses leading up to and during the meet, that we just had to stick through,” he wrote.

Despite these challenges, both Kim and Ettinger noted that the team’s positivity helped carry them through the Championship, even when the going got tough.

“My teammates did a great job of keeping spirits high and finishing strong,” Kim said. “Even after a couple of setbacks for the team, we were all very supportive of each other, so I give our guys a lot of credit for keeping it together.”

Ettinger is hopeful that this energy will push the team toward success in seasons to come.

“I think the team did a great job staying positive despite these setbacks,” he wrote. “Luckily, half the team is composed of first-years, and we can just take it as a learning experience going forward. I hope the team knows that the shortcomings of this weekend were not necessarily indicative of the tons of hard work they’ve put in this season.”

Although the team suffered an overall loss, these first-years can be proud of their personal accomplishments beyond the podium. Many of them dropped their times and made it to the finals of their events. They’re already looking forward to next winter, hoping to take what they’ve learned at NESCACs into the rest of their Wesleyan swimming careers.

“I want to consistently keep going to the pool and put in the work,” Kim wrote. “I have big goals that I want to accomplish in next year’s NESCACs, so I want to start training as soon as I can. This NESCACs was a great learning experience for the team, and I want to establish the trust of me doing well for the next season.”

Ettinger agreed, noting that the incoming class of 2024 will help propel the program to new heights.

“I think the team can use this weekend as motivation going forward,” Ettinger said. “We’re going to work hard and continue to grow as a team. We’re going to have some quick freshmen coming in next year to add some depth to the program and our class now will be even better come more training.”

We’ll have to wait for next winter to see what these up-and-coming first-years achieve after a year of success behind them.