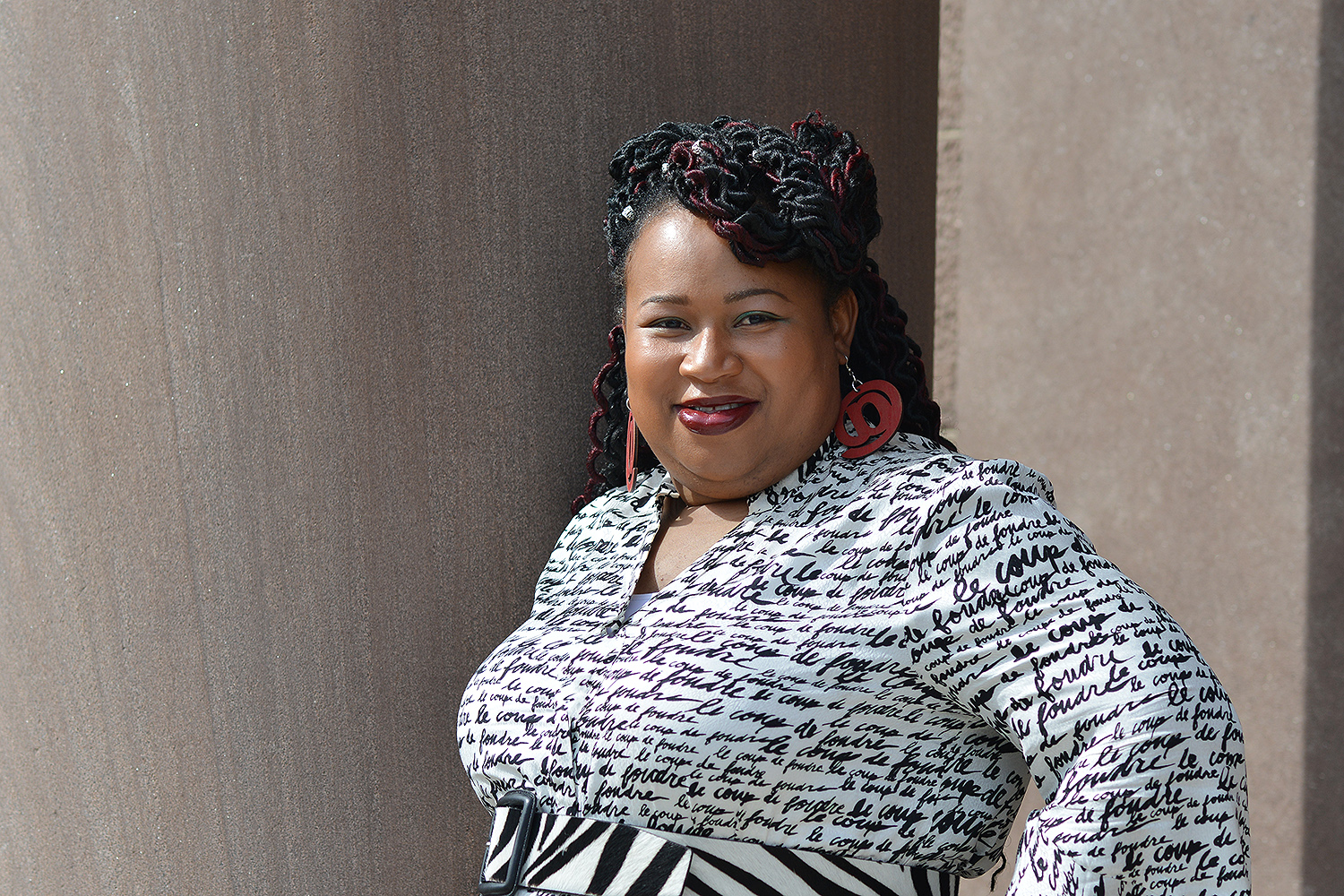 Ahead of her departure, the University held a reception to honor Dean for Equity & Inclusion Teshia Levy-Grant ’00 on Wednesday, Feb. 26 at the Zelnick Pavilion. Levy-Grant will take on an executive position at Webster Bank after serving as Dean for two years. Prior to that position, Levy-Grant served as the Director of the University’s Upward Bound program.

At the University, Levy-Grant has led the creation and implementation of various initiatives, including the Pathways to Inclusive Excellence Initiative and the First Things First (FTF) pre-orientation program. She has also helped grow programs like the Wesleyan Math and Science Scholars Program (WesMaSS), the Mellon Mays Undergraduate Fellowship Program, the Ronald E. McNair Postbaccalaureate Achievement Program, and Upward Bound.

Melisa Olgun ’20 met Levy-Grant as part of the first cohort of FTF, and has collaborated with her on various diversity and inclusion initiatives since then.

“Teshia not only played a huge role in my first three days at Wesleyan, but she also became a role model for the past three and a half years at Wesleyan,” Ogun wrote in a message to The Argus. “Teshia is an honest, incredibly hardworking individual who truly cares about her students. Not only was I able to work with her on a professional level, but Teshia also became a mentor for me.”

Olgun also highlighted the connections Levy-Grant has formed with many students on campus.

“She understood the barriers I was facing as an underrepresented student, and I was able to connect with her on a deeper level,” Olgun wrote. “Teshia leaves a legacy of students who know how to work with the University to access better resources.”

Some of Levy-Grant’s colleagues delivered remarks at the reception about her impact on the University community, with Vice President for Equity and Inclusion Alison Williams speaking first.

“We’re here to celebrate and honor Teshia and to thank her for all the hard work that she’s done, the way she has taught us all, how to truly serve our students in the best way,” Williams said.

Williams read a letter from former Vice President for Equity & Inclusion Antonio Farias, who hired and worked with Levy-Grant before leaving the University in June 2018.

“When I hired Teshia to lead and expand the Upward Bound program, I knew I was hiring a strong leader and a truth-teller in courage, vision and the warmest of hearts, which is how she conducted herself with students, staff, faculty, and the administration,” Farias wrote. “Her tireless work and dedication to opening up access to unrepresented Wes STEM students is a legacy that will impact many more lives than she can ever imagine. Many a day I spent in her office being myself, mentored and counseled by her…. Your departure is a great loss for Wesleyan.”

“Just look at this room, faculty, staff and students: we’re all better because you’ve been here, you’ve shaped how we look at access and success helped us to understand what that looks like, what that feels like, what that means,” Colucci said. “You’ve helped us to understand…. I thank you as you leave tomorrow to head off and change the corporate culture of the banking world and challenge the status quo as I know you will.”

Resource Center Director Demetrius Colvin emphasized Levy-Grant’s authenticity, and how she has been an example for others.

“You are actually intentional about showing up as yourself, showing people how they can be multiple things at the same time and still be smart, eloquent, and fight for what they know is right,” Colvin said. “You can’t buy that kind of sincerity…. Like everyone said, everything you’ve done echoes through what people are doing now because of you and because of your example and because of your encouragement.”

Administrative Assistant Tracey Stanley spoke about her shared experience with Levy-Grant as mothers who have lost children.

“If you’ve not experienced this, you don’t know how tough it can be,” Stanley said. “She’s able to bring her children into the circle of what life is without her precious son and she’s able to move on…. To say that I am proud of you is an understatement. Your children are so blessed to have you as a mom. I feel super blessed to have you as a daughter, sister, friend. And I wish you the best.”

Levy-Grant closed the remarks by speaking to the staff, faculty, and students about her time at the University.

“Really, it has been such a pleasure to come back to my alma mater,” Levy-Grant said. “I really love Wesleyan. I love the students, I love the culture, I love the atmosphere and just the kinds of students that we produce.”

Levy-Grant highlighted how her time at the University has been distinguished by the acceptance she has felt from the Wesleyan community.

“Thank you for allowing me to be my authentic self,” Levy-Grant said. “I remind students all the time that sometimes in the Wesleyan ecosystem, it can be easy to kind of just assume that the world is so welcoming and open. But I can truly say that this has been one of the first places that I have worked since graduation where I felt that I was able to show up every day as my true authentic self and that I’d be welcomed and that I would be respected and that even if I was criticized it would be in a way that would be to grow and that is amazing to be able to say that about your work space and about your environment.”

Jiyu Shin can be reached at jshin01@wesleyan.edu and on Twitter @jiyu_shin.