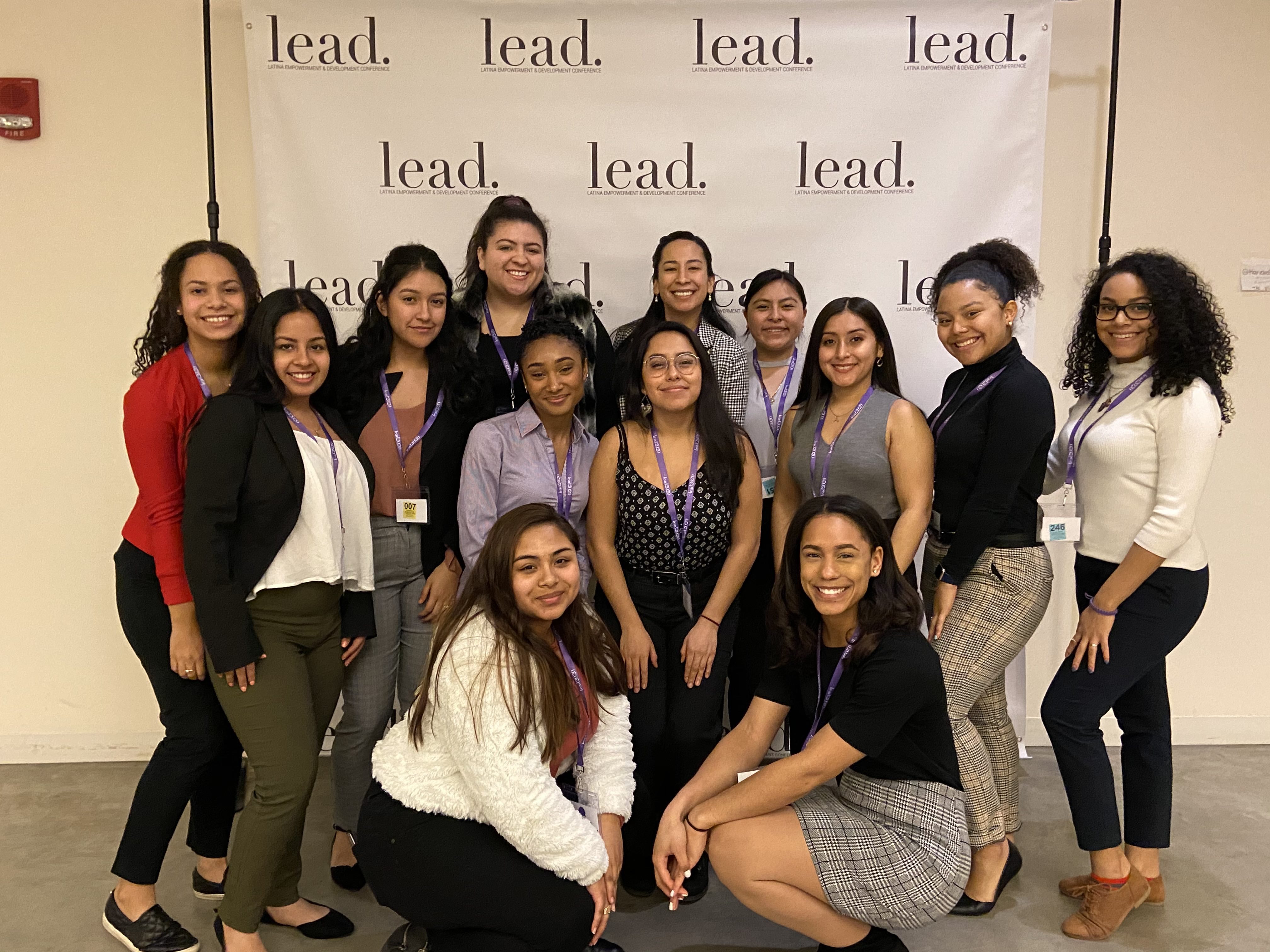 Sixteen Wesleyan students attended the 2020 Latina Empowerment and Development (LEAD) Conference at Harvard University from Feb. 8–9. The conference was organized by Latinas Unidas (LU), a student group at Harvard.

Since its inception in 2007, LEAD has fostered a vast professional network of Latina women.

The trip to the conference was organized by members of Wesleyan’s Latinx student identity group, Ajúa Campos, and led by co-ambassadors Shantel Sosa ’21 and Keren Lebron Ramos ’23, with the help of Griselda Solis ’21, who is currently studying abroad. The trip was funded by the Student Budget Committee (SBC) and the Middletown Chapter of Alpha Delta Phi’s Adelphic Education Fund.

Sosa, who has attended the conference since she was a high school senior, put the trip together because she wanted other students to have a similarly positive experience.

“[The conference] just really opened my eyes to thinking about what I could potentially do with my college career and beyond,” Sosa said. “So since then I wanted other people, especially the freshmen who have come from similar backgrounds, to really also get that eye-opening experience so that they don’t feel like they’re limited.”

It was Lebron Ramos’ first time attending the conference.

“Because it was my first time going, I really truly was impacted,” she said. “I’ve gone to a lot of conferences before and just this one in particular was just very empowering especially as a minority and a Latina. I really enjoyed it just because I was able to witness successful women that were able to just be successful in the careers that they chose and also share with us the obstacles that do come with it, because it’s not all perfect.”

Amy Guaman ’22 found the conference particularly inspiring because of opportunities it gave her to interact with Latina role models.

“[The conference is] so important because it helps you gain role models and helps you visualize your goals,” Guaman wrote in an email to The Argus. “Before this conference, I honestly didn’t even realize that I didn’t have any role models in my field, much less any role models that look like me, that are Latina.”

The conference’s four keynotes speakers were Dr. France A. Córdova, Melody Thornton, Renata Soto, and Doris Muñoz. Each of the keynote speakers came from different career fields but all focused on this year’s theme of “Looking Forward.” Thornton, a member of the Pussycat Dolls, defined this theme as the process of changing habits to promote wellbeing and success.

“Exploring that theme, the speakers definitely were able to just give us day to day advice on how to change our daily habits,” Lebron Ramos said. “But one of the things [Thornton] did that a lot of the other speakers did was give us specific pointers or how to watch the way that you speak to yourself, look in the mirror, smile at yourself or know that you’re no failure. You’re going to sometimes fail, but that’s okay.”

In addition to listening to the keynote speakers, attendees were given the opportunity to participate in a number of workshops. Each workshop was led by advocates and pioneers in their respective fields. The workshops covered topics such as media, creative writing, and law.

“I’ve always had a dream where I want to be a doctor but I also want to have a hospital under my name,” Velazquez Baez said. “And when I was a kid that seemed like, ‘Oh I can do it,’ but as you get older, and especially coming from a low-income household, I feel like that dream seems more difficult to achieve…and that really inspired me a lot because I see I was already giving up before I tried, and then with them, they kept trying and trying and trying and I felt like that really like resonated with me.”

Similar to Velazquez Baez, Lebron Ramos, who attended the Law, Public Policy, Politics, and Advocacy Panel, saw an inherent value in the workshops.

“Even though I’m not pre-law, I definitely got inspired,” Lebron Ramos said. “Just because they shared their stories and…just how it’s male-dominated, specifically with white men. It’s obviously a struggle and it’s something that they had to overcome.”

While this year’s LEAD conference addressed many careers, topics, and themes, students believe there are still ways to improve it.

“And I will say too that the conference definitely, as amazing as it was, was not perfect,” Sosa said. “Representation is something that is very important and I think last year was like the height of the LEAD conference for me because there was so much Afro-Latina representation and there wasn’t as much this year.”

While Sosa explained that the conference was not as diverse as she would have liked, it did give her the opportunity to better understand the experiences of white-passing Latinas.

“Listening to the experiences of white-passing Latinas…and not just dismissing it saying, ‘Oh, they’ve had a different kind of privilege. So it was easier,’” Sosa said. “I think also listening to their struggles and seeing them as allies…rather than trying to like villainize them and say, ‘Oh, like you’ve had it so much easier. Like no wonder you’ve made it this far.’ Just using that as a site for me to say, ‘Okay well I have friends, I have mentors that are also in those positions. How can they help me get there?’”

Based on what Sosa has learned after attending several LEAD conferences, she hopes to continue to collaborate with the Gordon Career Center and Alumni of Color Council to provide greater career support to students of color.

“I think a lot of those next steps have already started and it’s just a matter of continuing them and continuing to realize that career support for students of color in general, it’s much more than just pure internship opportunities,” Sosa said. “It’s a matter of ‘how can you help prepare us for those mentorship opportunities? How can you help us communicate our experiences?’”

In the future, Sosa intends to encourage more students to come to the conference, and to ensure they are well prepared before they attend.

“I feel like there needs to be more information, like why this is important and why you should be ready before going,” she said. “We can’t win a game we don’t know how to play.”

Like Sosa, Lebron Ramos hopes to share what she learned at the conference with other members of Wesleyan’s Latinx community.

“I feel like another thing is that [the challenge within the] Latinx community is yeah, we’re together, but I feel like sometimes there isn’t a full kind of unity,” Lebron Ramos said. “I feel like the stronger we get, the better we can overcome the obstacles, not just as individuals but together as well.”