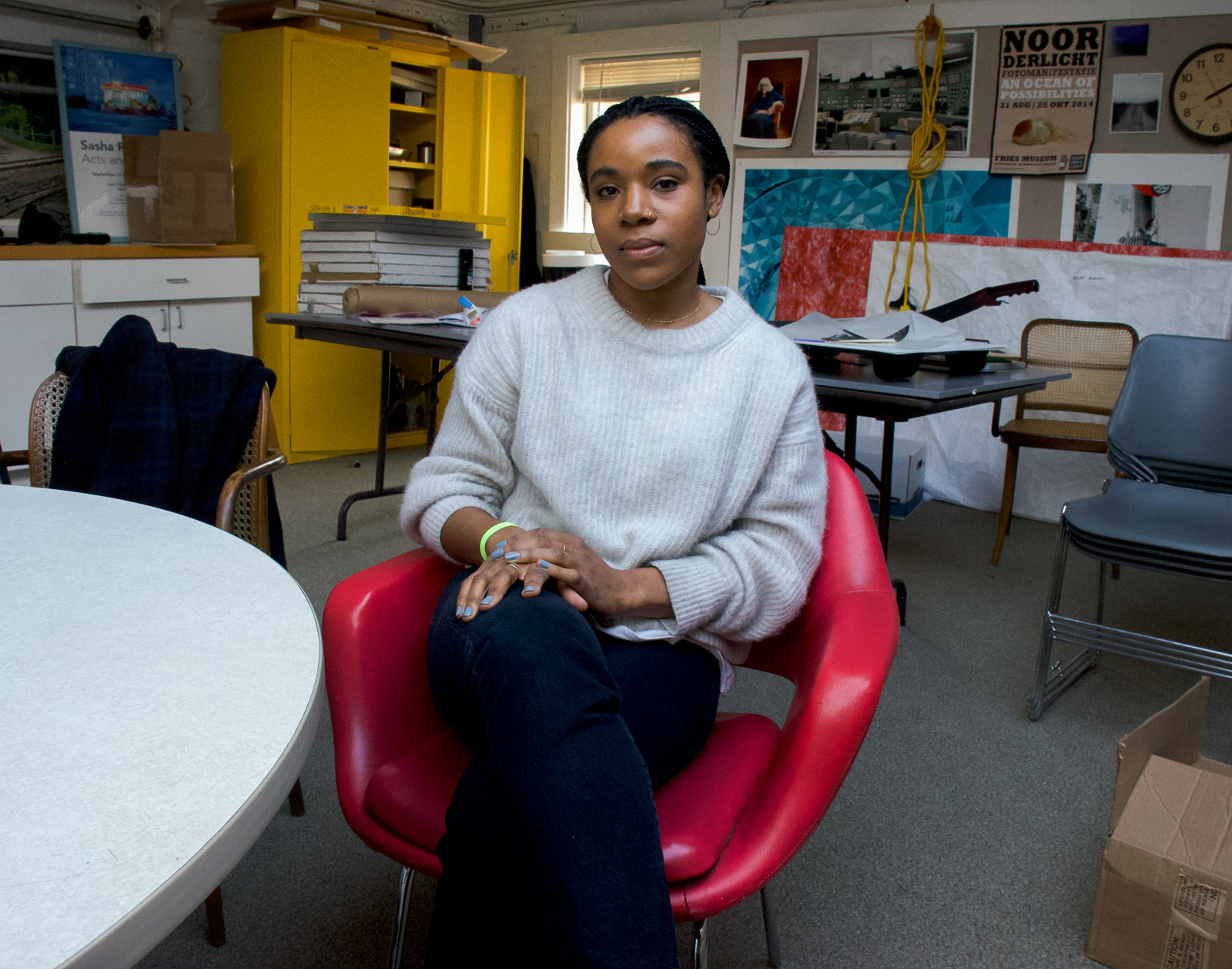 Dannielle Bowman is a visual artist working with photography. After receiving a BFA from the Cooper Union, she acquired an MFA in Photography from the Yale School of Art, where she was awarded the Richard Benson Prize. Bowman has been an Artist-in-Residence at the Center for Photography at Woodstock, as well as PICTURE BERLIN, in Berlin, Germany. Exhibiting her photographs in the United States and internationally, Bowman now lives and works in New York. Currently, she works as a Visiting Assistant Professor of Art at the University, teaching Photography I and Photography II. Her work has been published as part of the the 1619 Project, an ongoing initiative from the New York Times Magazine that began in August 2019, the 400th anniversary of the beginning of American slavery. The Project aims to reframe the country’s history by placing the consequences of slavery and the contributions of Black Americans at the very center of our national narrative. The Argus sat down with Bowman to talk about her work with the 1619 Project, and her photography career.

The Argus: How did you first get involved in photography?

DB: I went to a high school in Los Angeles called the Archer School for Girls, and there was a fantastic photography teacher there by the name of [Harris] Hartsfield. I got my start in the darkroom, and there was just something about it. I couldn’t stop taking pictures.

A: Did you have a sense at the time that this was a viable career?

DB: I knew it was the only thing I was interested in. I knew I didn’t want to be a photojournalist. I was very into magazines and books, so maybe there was fashion or editorial, but I also was really interested in art.

A: Tell me about your “Here, Now” project.

DB: I’ve always been really interested in history, and in figuring out how to acknowledge time in a photograph. I was interested in shooting landscapes, and in figuring out how to photograph immortality, and I think that was what might have drawn me to the rocky landscapes that I was photographing. But there was also this idea I had of photographing busts. So I did those two things, brought them back to my studio, and I was like, “Whoa, these pictures are talking to each other.” 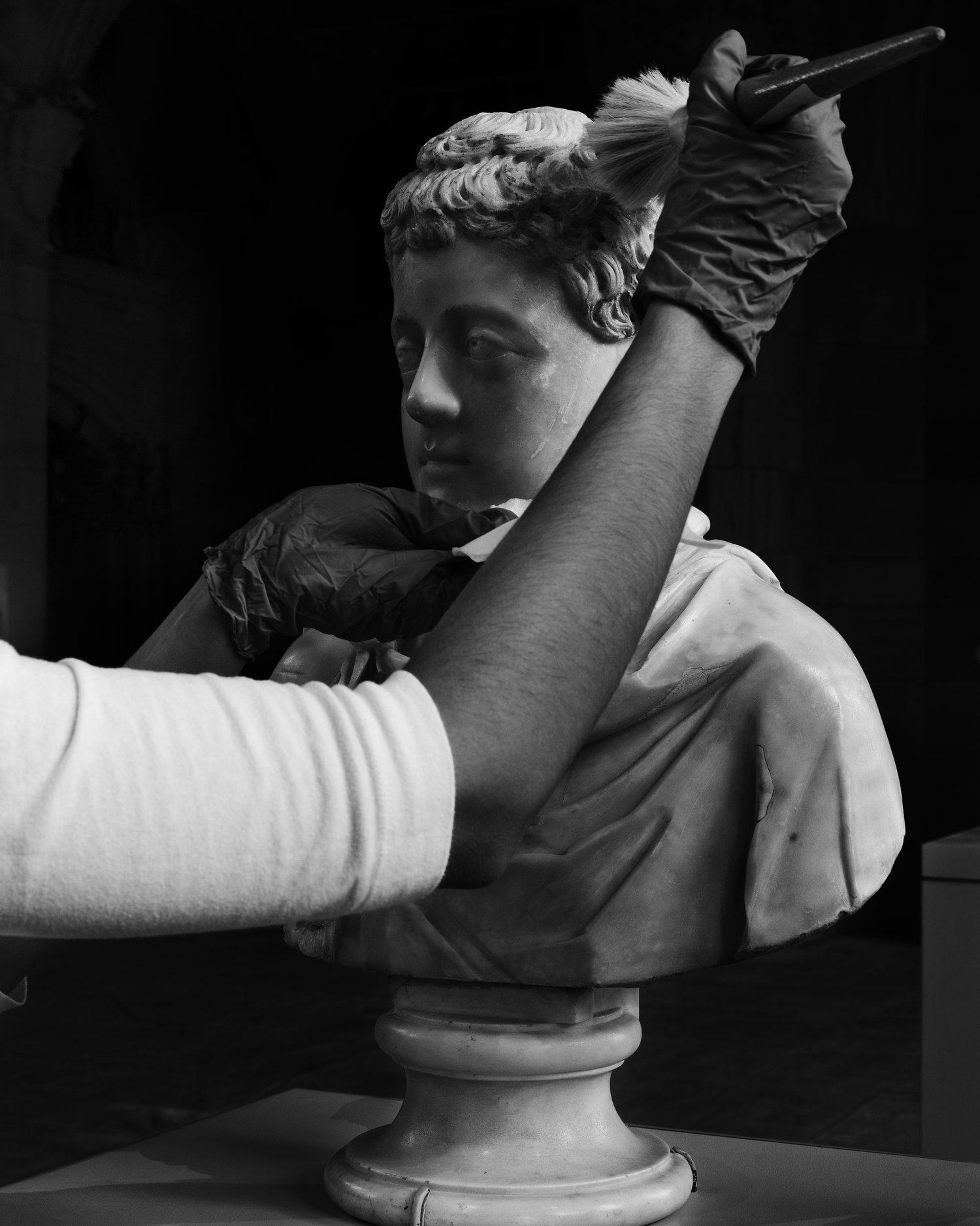 There was something about the combination of the busts and the mountain landscapes that spoke to this idea of carving oneself into a material that is immortal, what it means to do that. And then I started thinking, why are those busts the people who are in the museums? Who are the people that made this bust? Who are the people who are not here? Who is this person anyway, and why do we care? I started thinking about the things that get wiped away from history in order for other things to remain present.

A: Was there anything that surprised you while working on the project?

DB: The minute that I finally was able to let go and didn’t worry about it…it started working. Working in black and white is really satisfying.

DB: I’m pretty interested in formalism, but I’m also interested in using those forms to do something new. I also like black and white because it removes you from the world that we’re familiar with, creating an alternate universe. It feels strange, it feels not of this world, which I am interested in definitely, things that are not of the world, not in a God way, but in a ghost way…things that aren’t quotidian.

A: I’m really interested in that idea of ghosts.

DB: Ghosts, in the sense of the residue of our past actions—that is a ghost. 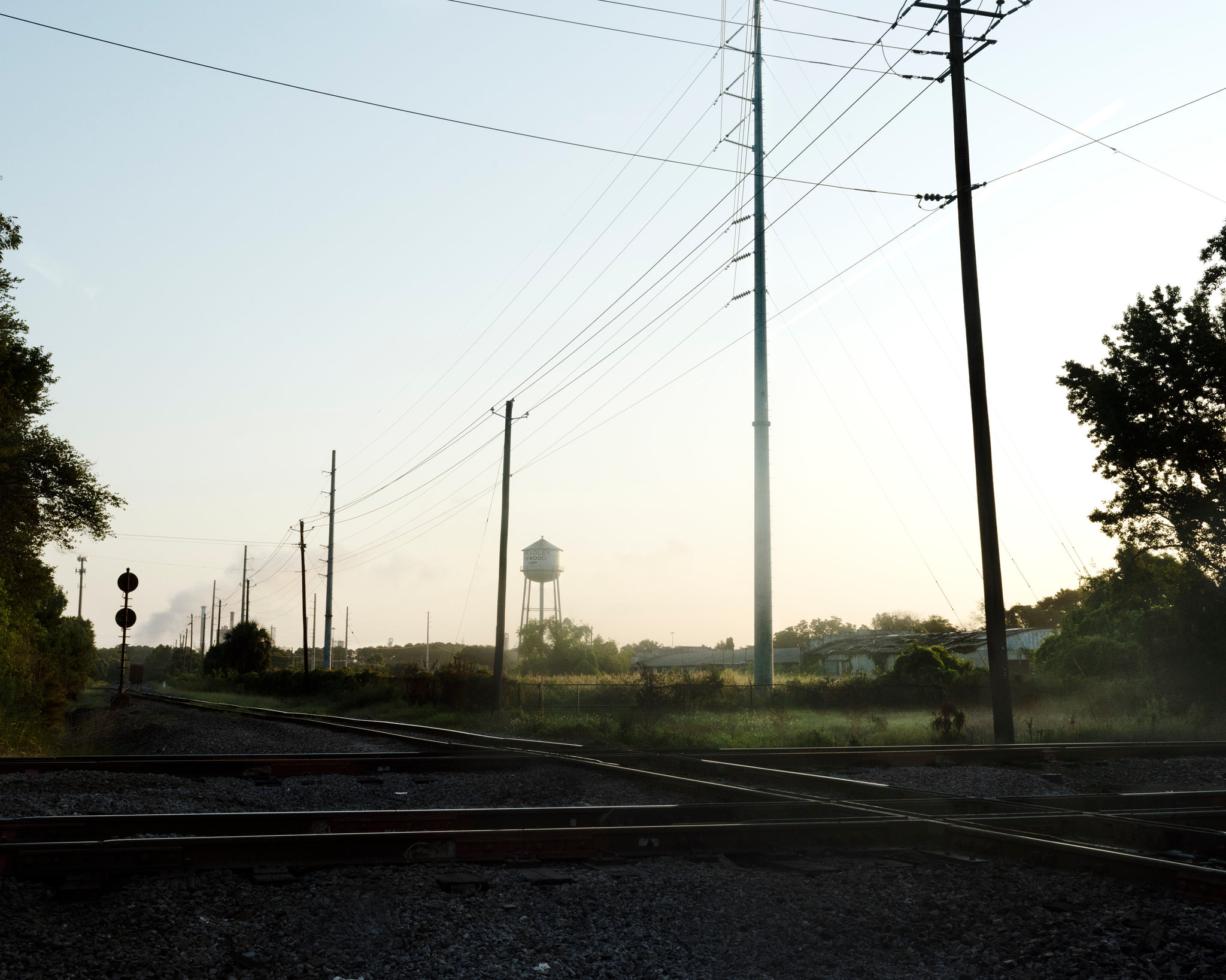 DB: The picture in the back of the Magazine [in the August 2019 issue] is the site where the largest slave auction in the history of this country took place. It’s in Savannah, Georgia, now it’s just sort of this empty field. It’s not marked in any way. So that was the whole point of the project for the New York Times Magazine, that I would be photographing these locations where slave auctions took place, and most of them are not marked, they’re pretty banal.

For the project I was working with a historian, Anne C. Bailey. She wrote a book called “The Weeping Time” about that auction in Savannah, and she’s incredible. She did a ton of research, gave it to my editors at the New York Times Magazine, and together, they figured out the places that they thought would be best for me to go. For a lot of these places she would just give me an intersection where the auctions happened based on her research.

A: How did you go about getting a good shot in less visually interesting sites?

DB: It was super hard…. A lot of the time I had to rely 100 percent on the light, because there’s nothing else interesting happening.

A: Did you notice differences in the light in the South?

DB: A lot of the time, the light was not great, because it’s rainy season, so it was super overcast a lot of days, which was frustrating. Also in New Orleans, because it’s kind of a dense metropolis, the buildings block a lot, so that was a little bit frustrating.

A: Did you ever have people approach you and ask you what you were doing?

DB: Yeah, luckily nothing bad. There was something weird that happened in Savannah. I was shooting in this industrial area, and I was looking at my camera, and there was an SUV that somehow pulled up and parked facing me. There was no reason for them to be there, they were just trying to be scary. So when I noticed, I threw myself into the car and pulled away…and as soon as I drove away, they drove away. 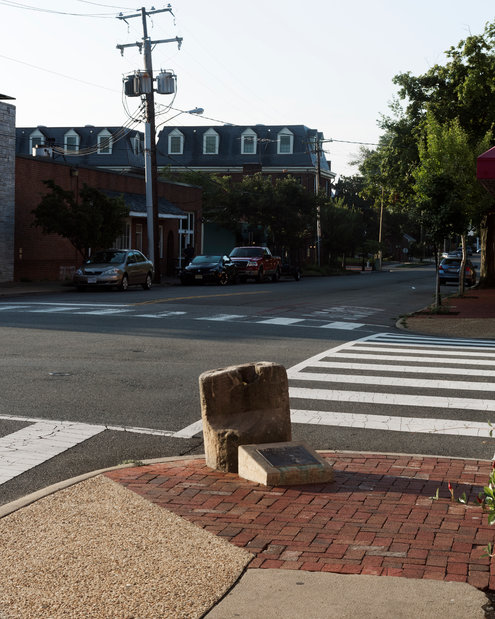 And then actually in Fredericksburg, Virginia, a lady came up to me, but she was more curious, and we wound up having a really interesting conversation about Fredericksburg. There is a block there that slaves used to stand on for auction, there’s a little plaque, and it’s on this intersection, and there was a big debate about whether it should get taken away to a museum or if it should just remain there, because it needs to be faced, people need to think about it.

A: Did you feel like you witnessed more or less impactful or appropriate memorials at some sites?

DB: The plaques are weird, because it makes it almost like, “I did my job, I’ve acknowledged it, I can just move on.” And I think that they’re good because they do draw attention to it, but in a way I feel like they allow people to feel like they did their good deed for the day.

A: I’m thinking about the “Stumbling Stone” Holocaust memorials in Berlin, that you sort of have to interact with, because they’re all over and you walk over them.

DB: That’s part of the reason why the stump in Fredericksburg is so powerful, because it’s not just this plaque, because you could easily get up on it, you can stand on it.

A: Did you see anyone there interact with it?

DB: Not really. I think people try to avoid it. One hotel in New Orleans, The Omni Royal Orleans, was a huge site of slave auctions. The original structure isn’t there, but what is there are these arches…the word “Exchange” is left over.

A: So people are just staying there as if it’s a normal hotel?

DB: I talked to the doorman because I wasn’t sure how much of the original structure was left, and he said I could come inside, and there’s a big painting that depicts the history of the hotel, but there’s just people [staying there] trying to have a good time in New Orleans.

A: Did they mention anyone being thrown off by it?

DB: No, but I’m sure people don’t know. But that’s the thing about the South. In Macon [Georgia] the other thing that freaked me out so much, aside from how empty it was, was all of the Confederate stuff was still there; so many monuments, and of course people have bumper stickers and flags. It’s really a part of the land, it’s in the land. So I don’t know if people think about it so much, because it’s just there.

But it was really hard for me after shooting. While I was shooting, I didn’t have a whole lot of time to reflect on it, but after the fact I feel like I’ve been doing all this emotional labor, which isn’t a bad thing at all, just because it was really intense to go into that environment not being familiar with it. And of course in New York City, at a time, a large percentage of households had slaves, so I’m not saying, “The North is so good and the South is so bad,” but it’s just really in your face in a way that it’s not so much in other places, maybe.