It All Started at Summerfields: Wendy and Mert on Nearly Ten Years Together 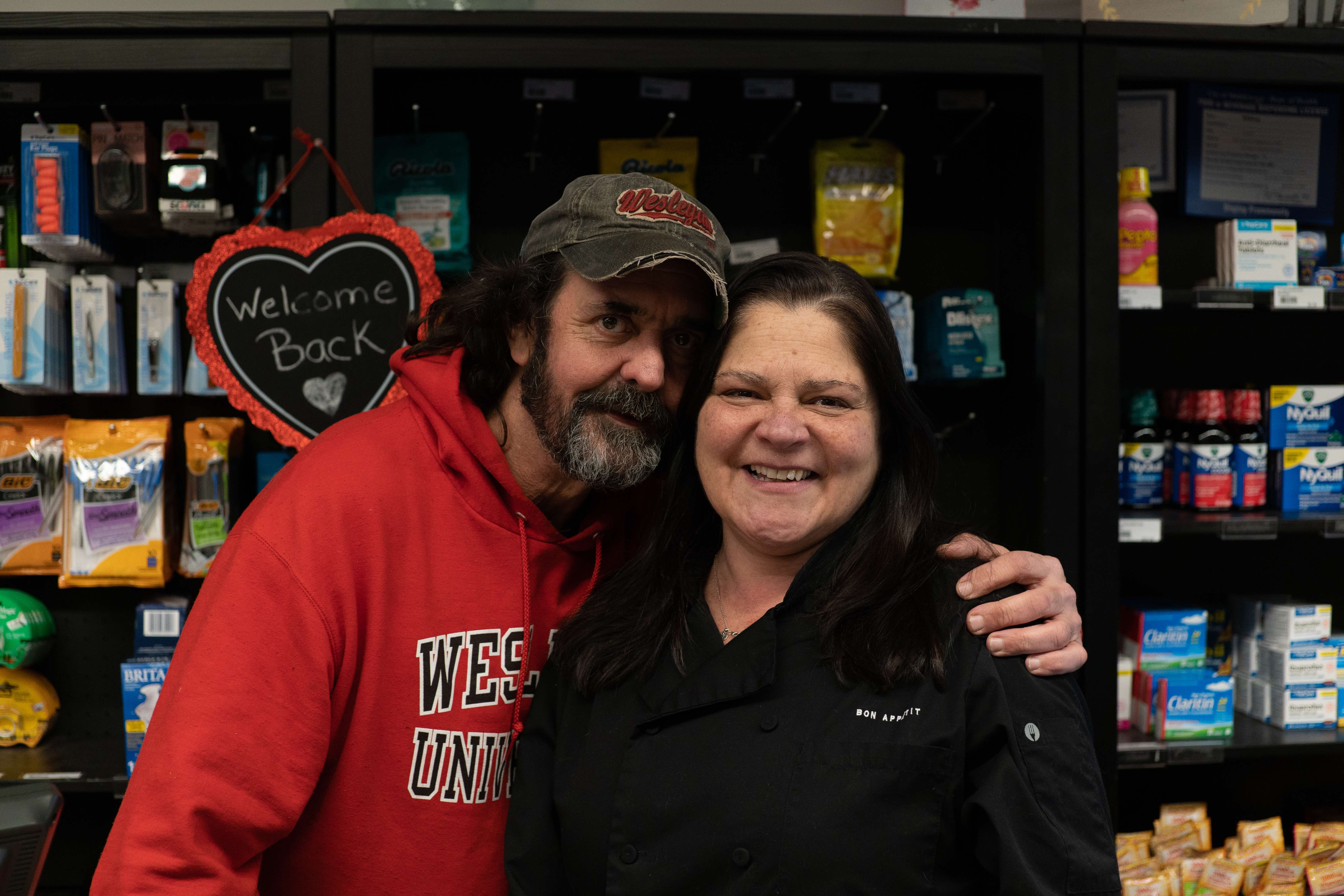 If you’re like me, you came to Wesleyan as a romantic. Endowed with false hope thanks to “How I Met Your Mother,” I expected to find my soulmate—but as Wendy Norton and Mert Champagne have shown, you don’t just have to be a student to find your true love on a college campus.

The two met over 20 years ago while working at Summerfields. Wendy had just been reassigned from Weshop. Mert happened to be working there at the time, and the two quickly became friends.

“He was always a funny guy,” Wendy remarked.

As the years went on, the pair became closer. In 2007, they both got jobs at the newly-opened Usdan. A few years later, Wendy relocated to Weshop. Their friendship continued throughout the years, regardless of various reassignments.

But it wasn’t until almost 10 years after they had first met that the two officially began dating.

“In 2009, my husband passed away, and in May of ’09, Helen asked [Mert] for a divorce,” Wendy recounted. “So after my husband passed, it was a while. We started hanging out, you know, misery loves company. We’d just go shopping together, and the next thing you know, a year later, he asked me to be his girlfriend.”

The two have been together ever since, and recently got engaged last August—although the wedding details remain TBD.

The two are in no rush to get married, as they enjoy simply spending time together.

“We’re kind of homebodies,” Wendy explained. “I’ll go to Mert’s house and we listen to lots of music and we play games like Jenga and Monopoly. I’ve got old 45s that we love to play on his old hi-fi that was his mom’s. Oh, and our favorite restaurant is Ichiro Hibachi in West Hartford.”

They also enjoy hanging around campus and attending Wesleyan-sponsored events.

“Both Mert and I enjoy going to the Wesleyan Spirits concerts, other performances, and athletic games,” Wendy said.

Throughout the past nine years together, the two have shared many special moments.

“I think the best summer I had was the summer where we went to Misquamicut Beach [in Rhode Island] what seemed like every week,” Mert recounted. “We’d go down for the day, and it was just really, really nice. At night, we’d go to the bars and listen to music and walk on the beach.”

“Oh yes! And we went on the merry-go-round!” she remarked enthusiastically.

They also had heartwarming things to say about each other.

“Just the way she laughs,” Mert remarked. “She’s very sincere with her laughs. She just stares at me while I’m working and it’s really nice to have her around.”

Although the two don’t work together anymore—Wendy is a beloved cashier at Weshop and Mert is a pizza connoisseur at Usdan—they make time for each other whenever they can.

“I bring her over lunch sometimes,” Mert stated.

After nearly ten years of being together, the duo knows a bit about how to maintain a healthy relationship. When asked what advice they would give to college students looking to find love, Wendy was quick to respond.

“Communication is a big one,” Wendy said. “And being open and honest with everything.”

Although the couple is unsure of their plans for Valentine’s Day, they’re anticipating one thing in particular.