“Buy Me Dinner First” Brings The Bachelor to Campus, with a Wesleyan Twist 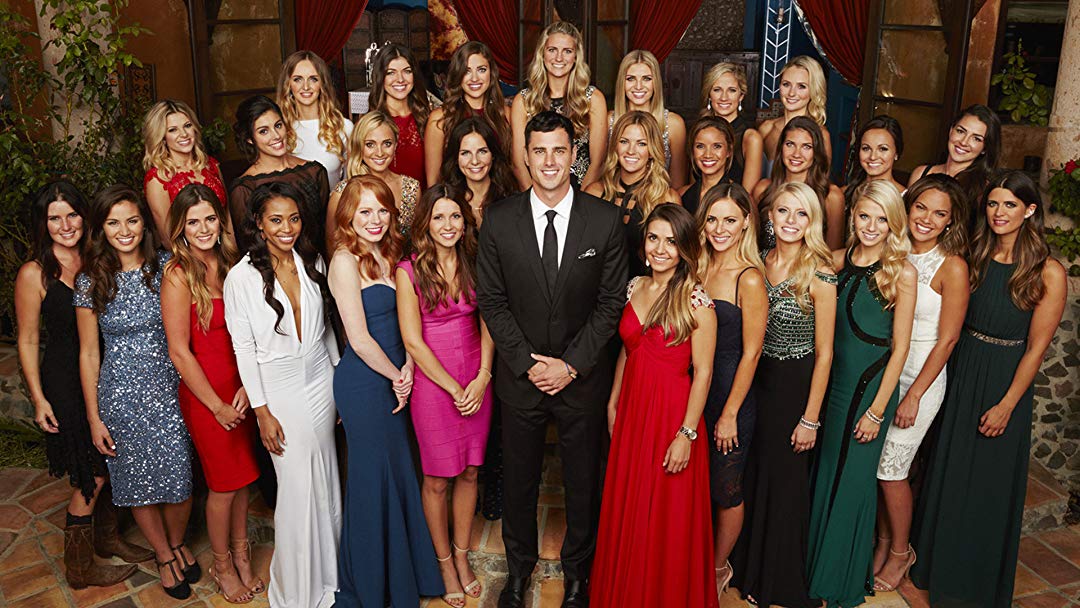 It’s obvious that hookup culture runs rampant at Wesleyan, for better or for worse.

To remedy this reality, Sophia Spezialy ’22 and Magine Slonaker ’22 have decided to inject the community with a healthy dose of romance in the form of a Wesleyan-specific reality dating show, affectionately christened, “Buy Me Dinner First.”

The idea for the show came to the creators last fall.

“So basically it started last semester when we were talking about how dating at Wesleyan was terrible,” Spezialy said. “And everybody with hookup culture, which is rampant and dating doesn’t really exist, and we all love The Bachelor. So we were like, what if we could do that at Wesleyan, but in a way that’s not offensive to anyone? Like a dating show that isn’t structured around competing against other people directly, but is about figuring out what makes something a good date.”

With this in mind, Slonaker and Spezialy came up with the creative name for the show, helping them set the tone for the entire project.

“Sophia and I knew that we wanted to try to make some sort of reality or dating show on campus, being such fans of reality TV ourselves, but it wasn’t until Sophia came up with the name ‘Buy Me Dinner First’ that the specifics of the show all fell into place,” Slonaker said in an email.

The outline for the show will mimic popular reality dating shows like The Bachelor. However, they have made some changes to make it a better fit to Wesleyan culture, specifically so that nobody gets hurt.

“We don’t want it to be about criticizing anyone or making anyone look bad,” Spezialy said. “It’s more of an opportunity to show people how creative they can be. It’s a dating show but…it’s way more wholesome. It’s more like, I like that he put in the effort to get this string quartet to play for us, that was awesome.”

When the application to be on the dating show was first posted in WesAdmits2022 and 2023, it blew up.

“We got over 30 applications, which was a lot more than I thought because that’s both people who are willing to be on camera and go on a date that’s filmed,” Spezialy said.

Since brainstorming innovative date set-ups will be a central part of the show, the application centered on creativity. This was because participating individuals will have to harness the resources at Wesleyan in an original way, creating a fun date and thus winning the affection of both their date, and the public at large.

“We basically picked people who we asked what kind of date they would want to go on, and they said something really cool,” Spezaily said, “We’re going to try and use the resources of Wesleyan. For example: ‘we sit in Exley at a round table which is decorated and then I’m going to ask an a cappella group to serenade us.’”

The structure for the show is simple. One main person goes on four different dates with four different people. After that, the protagonist must categorize the dates based on a variety of different factors. At this moment, neither of the creators can release the names of the individuals selected to be on the show, but they assured The Argus that a dramatic reveal would be coming soon. To add to the suspense, even the chosen contestants do not know the identity of the people they will be dating.

“It’s basically, like the person who’s going on the dates is deciding what made the date good; was it ultimately the plan or the date or the company of the person they were with,” Spezialy said.  “And they will be ranking the dates but only in terms of activity not in terms of people because we don’t want anyone to feel like they are competing with anyone else.”

“Buy Me Dinner First” aims for the drama of reality TV shows without the element of toxic comparison. Another main goal for this project is to show that relationships at Wesleyan are possible.

“Pretty much everyone said that they wanted a hookup, but like if it goes into something more that’d be awesome,” Spezialy said.  “So it seems like the hookup culture is pretty persistent. I don’t think anyone wanted to say ‘no hookups, I want a relationship.’ But everybody was like, ‘I’d be cool with a relationship.’”

“From what I’ve observed and experienced on campus, not many people actually go on dates,” Slonaker wrote. “It seems like it’s generally accepted that hookup culture is less intimidating than getting to know someone in a romantic setting, and we wanted to explore why that was while also playing matchmaker at the same time.”

One of the soon-to-be hosts of “Buy Me Dinner First,” Alec Haas ’20, gave his thoughts on Wesleyan hookup culture.

“I think the culture is honestly changing in the last couple years,” Haas said.  “When we were freshman, it was all hookup culture and now, maybe it’s the fact that we’re seniors, but people have coupled up.”

While the project is in the early stages, Spezialy is sure that once production starts, the project will run relatively smoothly. After their Facebook event post, many people reached out wanting in on the project and offering a myriad of services.

“We have someone who wants to do photography, to publicize it, we have hosts, some really fun guys, Alec and Amir [Daouk ’20],” Spezialy explained, “I think that once we get cameras–I think we’re going to work with Cardinal Pictures to do that—it won’t be that hard. Everybody who’s interested in working on it is passionate about it and is going to make it happen, which is really cool.”

When Haas and Daouk heard about the project, they immediately wanted to be a part of it. Even though the host job was made for one person, they decided to apply as a pair, each telling one of the other’s bad date stories.

“We got narrowed down to [a pool of ] 15 kids or so, and submitted a video,” Haas explained. “We made some absolutely electric content.”

Both were thrilled to be chosen as hosts.

“We’re big Bachelor fans, and we thought ‘we have pretty light course loads in the spring, may as well go for it, have some fun,’”  Daouk said. “I think we have the personalities that can really tie things together.”

At this moment, the creators are planning the show that will come out by the end of the semester. Right now, they are also interested in possibly continuing the show in upcoming years, if the initial season is successful.

“It would be something that we could easily keep doing, and give more people the opportunity,” Spezialy said. “If we can get this to run smoothly this semester, then next semester we can do multiple seasons or add more people, get as many people on it as possible.”

Even if the show does not continue, Spezialy and Slonaker are excited solely about the impact this show could have on Wesleyan’s dating scene.

“I think anything that will help people actually go on dates, instead of just going to a party and hoping you could talk to someone, and it probably doesn’t work out anyway, is what we’re all aiming for,” Spezialy said.

“We just want people to be excited about the idea, and make dating at Wesleyan more of a thing!” Slonaker wrote.

In true host fashion, Daouk summed up the goal of the show with his own brand of flair.

“I think we experience a lot of hookup culture,” Daouk said. “We’re excited to potentially facilitate some romance here on campus. Get the sparks going…maybe start a little fire.”