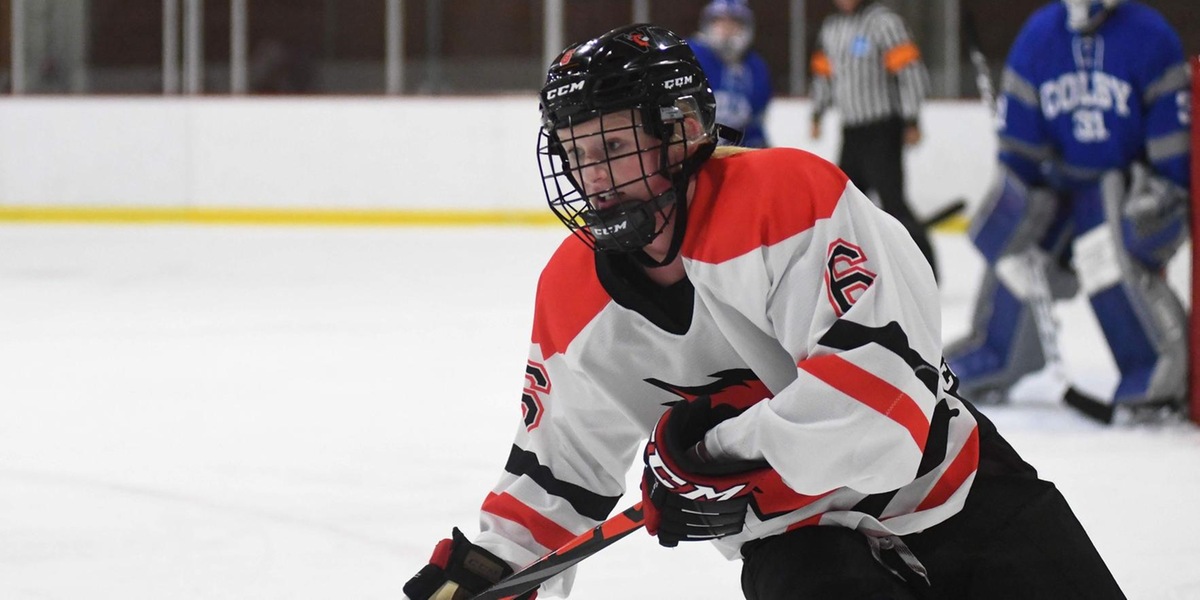 The women’s ice hockey team has had a roller coaster of a season. After starting off with two straight losses, the team won seven of their eight following games, and is now stuck in a tough losing streak spanning ten games.

In their Jan. 31 match against a solid 10–4–4 Amherst team, the Cards were eager to succeed. Coming off six consecutive losses, the team knew they needed to recapture some momentum to finish off the season. What better way to do that than against one of their Little Three rivals?

The game ended up a lopsided effort, but not between Amherst and Wesleyan—instead, it was between Wesleyan’s defense and offense. The defense, led by senior Allegra Grant’s strong goaltending, made 31 stops out of Amherst’s 33 shots on goal. Unfortunately on the other end the Cardinal offense only managed to generate one power play—one which they didn’t convert—and managed only 11 shots on goal. Amherst won the game, 2–0.

The next day, on Feb. 1, Wesleyan had a chance to immediately avenge the loss with another game at Amherst. The first period displayed good offense and even better defense from both teams: 28 shots were taken, but not a single goal was scored. Cardinal Brooke Keough ’23 nearly scored the first point of the game fifteen minutes into the stanza, when she escaped the Mammoth defense and popped a shot in the high spot without interference. Unfortunately the Mammoths’ goalkeeper saved the day for Amherst and stopped the shot.

Only one goal was scored in the game which came off an interference penalty slapped on the Cardinals. The Mammoths barely squeaked a scoring play out before the Cardinal defense came back to life after the surprise of the penalty. In a game highlighted by stout overall defense, one goal means everything. Amherst won again, 1–0.

On a positive note, however, Sam Smith ’20 displayed another great Cardinal goalkeeper performance, managing to make a mightily-impressive 41 saves and a number of highlight plays.

On Feb. 7, Wesleyan travelled to Williamstown to face off against 10–6–4 Williams in another Little Three matchup. Sitting 6–11–1 at the time, this was Wesleyan’s last chance to secure a .500 season or better.

Despite their best efforts, the Red Birds were unable to earn that .500 mark, as Williams dominated the game from start to finish. The Ephs scored two goals in three minutes during the first period. In the second period, Williams scored another three goals, building their lead up to 5–0. Cardinal Cali Stevens ’22 attempted to start a Wesleyan comeback when she rode a power play to launch the puck into the Eph’s goal four minutes into the third. However, any newfound Cardinal hope was immediately stifled when Williams responded with a goal of their own just 28 seconds later. Williams thoroughly iced the game with one final score roughly eight minutes into the final period. The game ended 7–1. The score was particularly surprising considering that the shot differential was only three, as Wesleyan put up 31 to Williams’ 34.

The Red and Black had one more shot to get a Little Three win on Feb. 8, when they played Williams again on the other end of their doubleheader. The game went pretty similarly to the last one, with Williams cruising to a 2–0 start within the first few minutes of the first period. By the time Wesleyan finally scored their first goal, Williams was already up 4–0 and it was the final period. Williams won the game, 4–1.

The Cardinals have four games left, two against Hamilton and two against Trinity, all at home. The next is on Friday, Feb. 14 at 7pm.