Mary Cain, the Oregon Project, and a Toxic Culture in Women’s Running 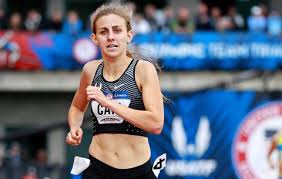 When I ran track in high school, I knew that losing your period was a part of the sport. It meant all of your training and hard work was showing. No one ever told me this explicitly; it was something that was simply understood. Almost all of the top runners only got their periods once a year. When mine continued to be regular, I wondered if I was doing something wrong. Was I doing my best in workouts? Should I run more on weekends? I didn’t know that amenorrhea—losing your period for three or more consecutive cycles—led to things far worse than a place on the podium or a coveted medal.

Mary Cain’s article in The New York Times gave words to what I had observed. She spoke about her experience running for Nike’s Oregon Project, a distance-running training program organized by the shoewear giant, under Alberto Salazar’s coaching. In a video op-ed, she accused him of emotional and physical abuse. She was weighed in front of her teammates and given an impossibly low goal weight. After countless stress fractures, suicidal thoughts, and a diagnosis of RED-S (Relative Energy Deficiency in Sport), Cain quit the team and her career was tragically cut short.

Following Cain’s article, Lauren Fleshman wrote her own opinion article for the New York Times describing what she felt during her professional running career. People are also speaking out through the hashtag #FixGirlsSports on Twitter.

Sports Illustrated published more accounts from runners who trained at the same time as Cain under Salazar, confirming her reports and demanding a reckoning with the abusive culture that young female runners face. The runner Cam Levins talked to Sports Illustrated about how Cain would sneak energy bars because she was afraid to eat them in front of Salazar. Another teammate, Dathan Ritzenhein, mentioned how she would be ridiculed in front of the whole team for her weight. Both Levins and Ritzenhein apologized for not speaking out earlier, and felt horrified by the environment to which she was exposed. Their accounts refute Salazar’s assertion that he talked to men and women about weight in the same way.

Amy Yoder Begley was another runner for Nike a few years before Cain joined the team. She faced the same treatment as Cain under Salazar’s coaching; there were constant jokes about her weight and the size of her butt. In reality, Yoder Begley had the lowest body fat percentage a woman can have without negatively impacting her health.

Salazar denied the allegations that Cain raised, stating that she had issues maintaining optimal physical condition and that he never shamed her. He stressed that he never asked her to take a banned substance; he currently is under a four-year doping ban. Nike shut down the program following Salazar’s ban, stating that they were troubled by the allegations and were conducting an internal investigation. They also mentioned that the allegations had never been raised by Cain or her parents before, and that Cain had expressed interest in re-joining the team as late as April of this year.

After the official responses, Cain stated that she thought about re-joining the team because she still felt trapped by Salazar. She said that, despite the abuse she experienced, she still desired Salazar’s approval.

Cain’s response is exceptionally brave. Many would dismiss her claims as attention-seeking and fake after Nike revealed she wanted to come back. Continuing to speak out when public opinion could turn is terrifying, but Cain held her ground. She explained that she desperately wanted Salazar’s love and support even after all that he did to her, because that is what abuse can do to someone.

I was lucky. Unlike Cain and countless others, there was no spotlight on me, no coach restricting my diet, and no one judging what I ate. Yet this culture still seeped into my life. I found myself wondering if I would be faster if I were thinner. I desperately wished that my period would disappear to prove to myself that I was training as hard as I could.

So how do we fix this toxic culture? Speaking out is the first step. It is incredibly empowering to see voices, big and small, talking about what they experienced. We need to make drastic changes to how we talk about running, especially with respect to girls and young women. Nutrition should be a part of the conversation not to shame, but rather to inform about the importance of well-balanced meals and the dangers of focusing too much on food.

I hope that #FixGirlsSports will eventually cause a transformation to the sport, but it won’t happen overnight. We all need to do our part to ensure that the next generation of female runners are inspired by their predecessors to be vocal, be healthy, train hard, and be happy.

Caroline Bonnevie can be reached at cbonnevie@wesleyan.edu